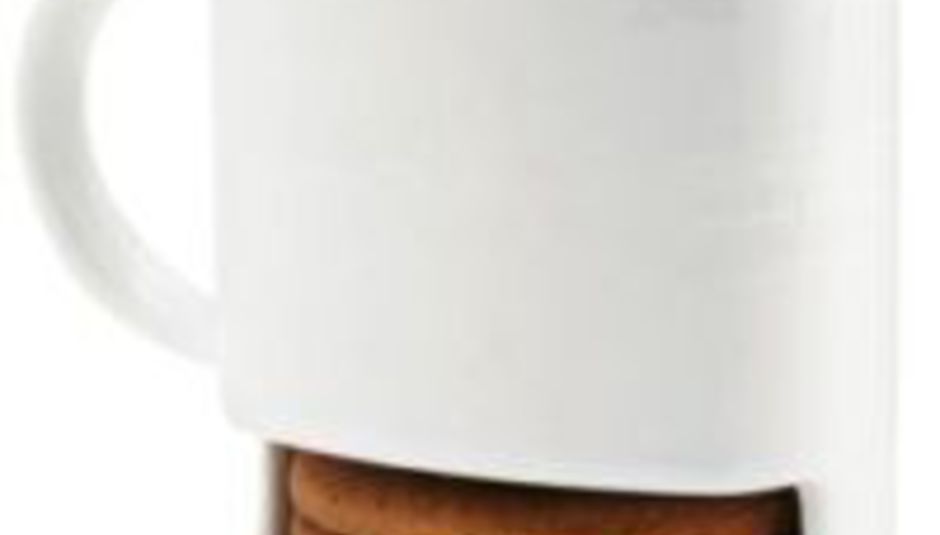 Chart round-up: not much brewing

This morning I skipped breakfast because I couldn’t be arsed, then I stole two currant shortcake biscuits from the office cupboard and had them with a nice cup of tea while I checked Myspace, where an empty inbox greeted me like a slap in the face. If I could take my tea from a vessel of my choosing it would undoubtedly be the one pictured right, offering as it does the advantage of ample snack storage facilities, but you can't always get what you want. What did you have for breakfast this morning?

Which brings us nicely to this week’s chart rundown, where there’s a twinkle in Sean Kingston’s eye as he spends a fifth week atop the single charts, the stirrings of a title assault on Rihanna’s ten-week crown perhaps in evidence. Babyshambles ghost in at six with 'Delivery', and without wishing to give the game away, if I were to describe forthcoming album Shotter's Nation using an adjective, as is the fashion nowadays, I could prefix said adjective with the word ‘very’ and end up with an apt summary of its overall quality.

Phil Collins continues his chocolate-assisted rise like a baldy-headed bell-end popping out of the foreskin of the chart’s middle reaches at 17, and Peter Bjorn & John’s re-release of whistling ditty 'Young Folks' skips in at 13, passing beyond the realm of mere opinion and finally nesting like some benign tick in the nation's collective subconscious. Sugababes get the juices flowing before physical entry (I’ve got to stop this) with the digital release of Cathy Dennis-penned choon 'About You Now' hitting number 35. And very good it is too - no 'Push The Button', perhaps, but a decent amalgam of The Strokes and Avril Lavigne chart rock, and that’s just dandy by us on this dreariest of Monday afternoons.

Meanwhile the über-camp Billiam unveil their manifesto for revolution at number 32 with 'Beautiful Ones': "Join us ugly people, raisin’ self-esteem, gettin’ higher every day" - no thanks - and indie spod poster-girl Feist plants her flag at 40 with the sly, but also slightly pedestrian, pop of '1,2,3,4'. Milburn’s fleeting chart bubble looks to have burst, in at 44 with first-single-off-second-album 'What Will You Do (When The Money Goes)', in spite of it being a fairly creditable effort, relatively speaking and all.

Over on the good ship album charts and you may find your attention wandering at any point during this paragraph, as names of the calibre of James Blunt (#1), Mark Knopfler (#9), Phil Collins (#10), Scouting For Girls (#12) and Status Quo (#15) all make their dastardly appearance. Of possible relevance to DiS readers (and no doubt you’ll debate the tits off that one) are Reverend And The Makers’ The State Of Things, which goes in at 5, and Turin Brakes, who emergency stop at 36 with Dark On Fire, only to fail after a case of the dreaded Elvis Leg scuppers their clutch control during the three-point turn, shattering their confidence completely.