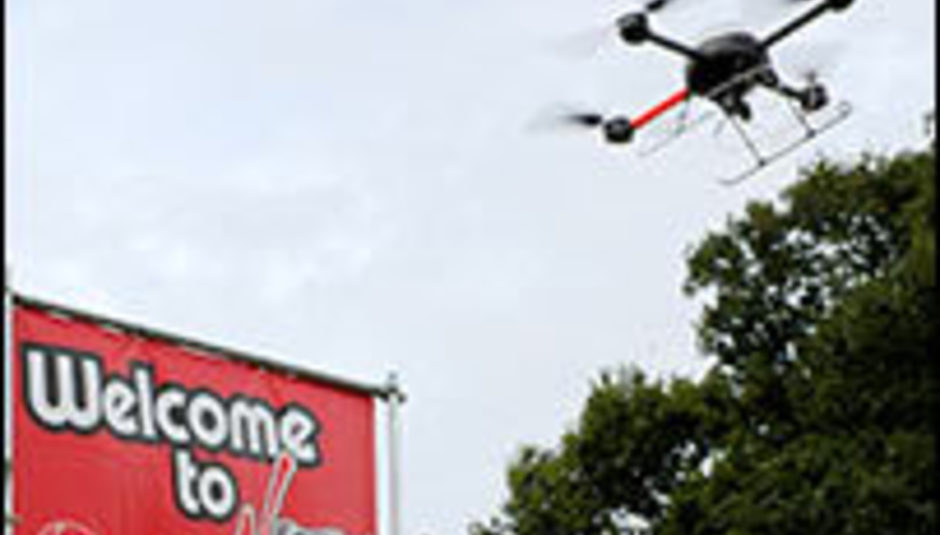 Whirring above the heads of onsite revellers, the flying grass proved a success; helping the law to capture offenders and ensure the safety of all in attendance.

To be fair though, the 'copter - boasting onboard CCTV - was deployed mainly in the car park against potential car thieves.

"We are delighted to be trialling the drone," droned Chief Inspector Pete Owen.

"It will work in addition to the CCTV that we will monitor on site throughout the festival."

Drawing back for a second, anticipating a massive shift in tone with the next quote, DiS would argue that paintball guns would be the most effective deterrent against these airborne intruders.

Cheap and freely available, at the last time of asking, from your local Woolworths, the pellets fired from the gun should prove capable of felling the 1kg whirlybirds. If not, the paint should obscure the eye of the camera.

"Our message to criminals is that we will be watching you and you will be arrested if you are caught on camera."

62 people were arrested over the course of the weekend, 32 of those in possession of drugs, and a further 100 cautioned.