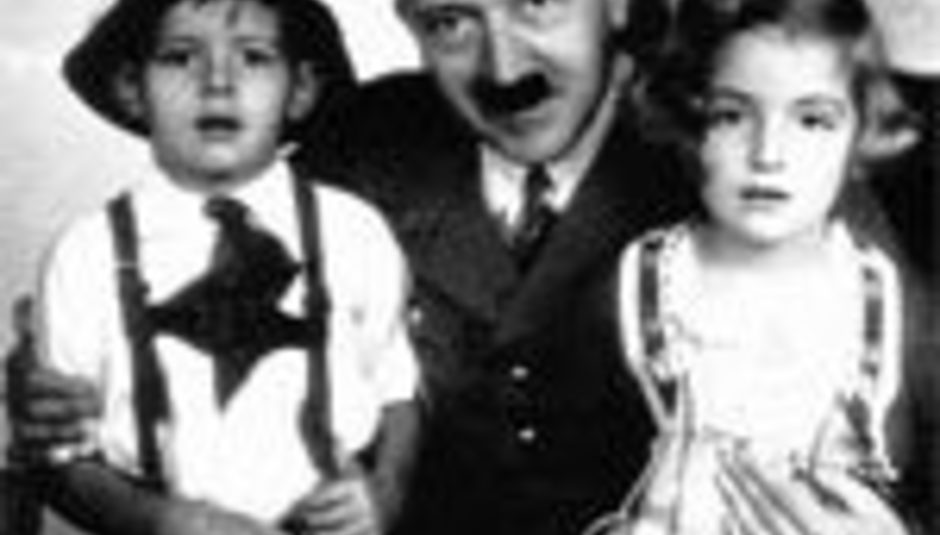 Uni-balled. Child killer. Genocidal psychopath. Crap 'tache. Admittedly, there's not much scope for a character assassination on Adolf Hitler. But still, we'd feel more at ease if 'musical hypocrite' was added to that litany of badjectives.

In his glory days, Adolf banned Jewish and Russian musicians from performing - claiming in Mein Kampf that the former had no culture to claim as its own and that the latter race were sub-human; the wartime equivalent of a 1.3 from Pitchfork.

But now - shock horror - it has been revealed that the world's most hated man not only tolerated 'sub-human' music - he was really rather fond of it.

This news comes with the discovery of Hitler's music collection; a 100-strong menagerie of grammophone records that contain tellingly worn copies of works by Tchaikovsky, Rachmaninov and Borodin - all conspicuous by their absence from Adolf's MySpace page.

The records were found in the loft of a house on the outskirts of Moscow which was owned by former Soviet intelligence officer Lew Besymenski; alongside obvious jukebox picks like Wagner and Beethoven. Besymenski had helped to interrogate leading Nazis upon capture after WWII.

He found the records packed up in crates at Hitler's office after Berlin fell to the Red Army in 1945. He kept quiet about his collection throughout his life, but they were handed over to German magazine Der Spiegel when Besymenski died this summer, aged 86.

A confession: I'm not sure exactly where from, but I consciously lifted that headline before anyone else calls me out.