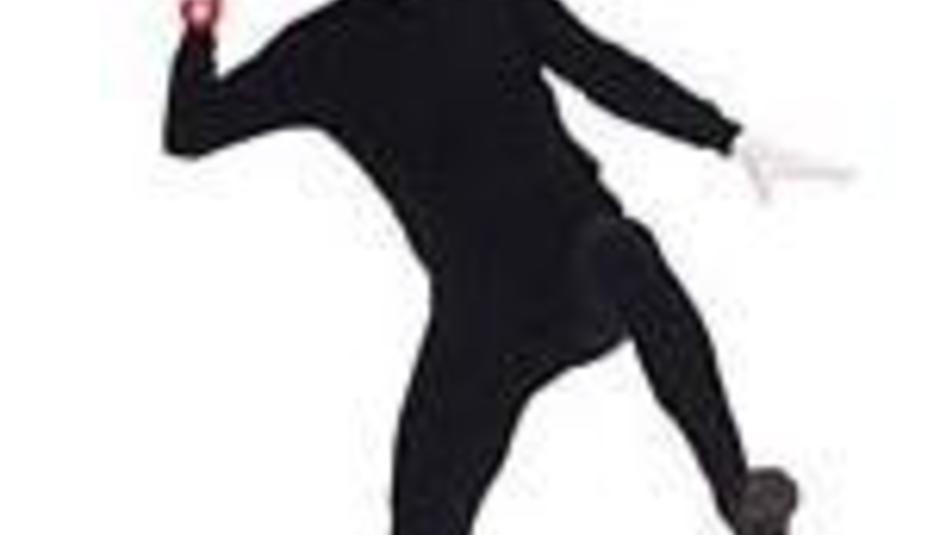 That was the week that was last week. Guess what? 'Umbrella''s still top.

It strikes DiS as fairly fitting that a song thus-titled has been the success story of a summer climate characterised by flash floods. Irony? Perhaps, but 'irony' on this site means '(a long discussion about the nature of) irony' which culminates, inevitably, in a 'hot or not' appraisal of Alanis Morissette. And that's no type of destiny for anyone or anything.

So, what tectonic slabs of sound are mulching and shifting below the surface? The change most seismic is that of Kate Nash's 'Foundations', which has risen 185 places to number two. Love or hate the wide-faced beau, you've gotta admit that's pretty good going. Below that, The Enemy jump from 51 to four with 'Had Enough'...what? That's just snide. Penate is at seven, Reverend and the Makers are at ten - but perhaps more interestingly a man called Robin Thicke is at eleven with a song called 'Lost Without U'. Presumably he can make do without the 'Y' and the 'o'. Arctic Monkeys win the spelling bee if not the chart battle, with 'Fluorescent Adolescent' at 32, one place in front of Bon Jovi, while this week's highest new entry is at 48 - Rogue Traders' 'Voodoo Child'.

Strangely, there's more noteworthy movement at the top end of the album chart. Controversial rockers Editors moan into top place with their cry-wank soundtrack An End Has A Start, shadowed all the way by Kelly Clarkson and her My December longplayer in second. DiS office pin-up Shirley Bassey rides the Glastonbury wave to the effect of sixth position with Get The Party Started, one place in front of Rihanna. The Killers, too, should send five letters of gratitude to Michael Eavis - Sam's Town climbs from 36 to nine. 75% climb, nein? Ryan Adams is at 18 with Easy Tiger, his aural attack on promiscuous members of the big cat family, while Gareth Gates slimes dumbly into 23 with his new album Pictures of the Other Side - one place in front of the new Paramore effort.

Parabored yet? Yeah, same. Let's wrap it up there.