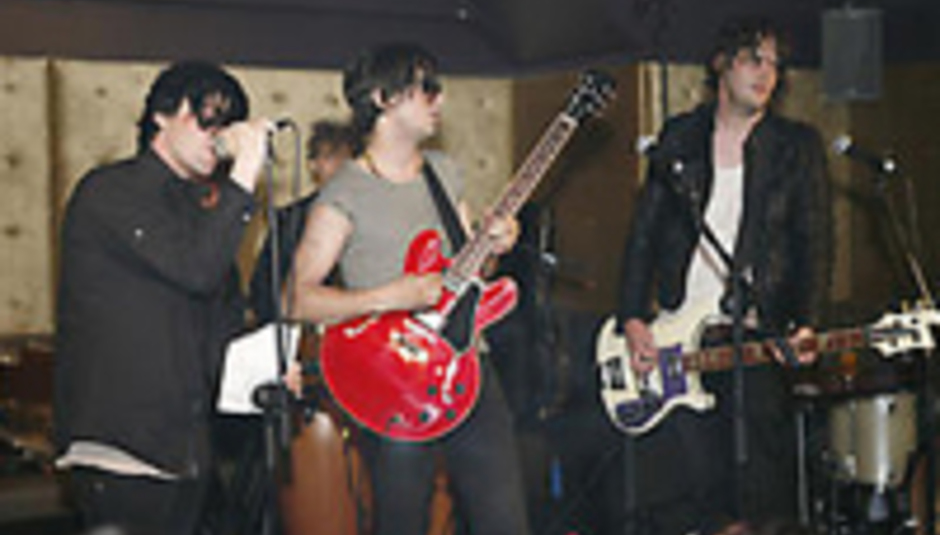 Hands up who feels sorry for Alan McGee? Let's have a bit of publicity for him, then.

A couple of Klaxons joined Carl Barat's reclusive 'supergroup' side-project The Chavs onstage last night, to make things a bit more, well, super - at which point the future and the past collided and ruptured the very fabric of time itself. Sordid.

It was the group's first outing for a while - last time they saw the dim light of the London member's-only circuit was in 2004. That night they counted Razorlight drummer Andy Burrows, Primal Scream's Martin Duffy and The Charlatan's Tim Burgess among their ranks.

Taking to the stage at the Cuckoo Club in Mayfair, Barat and fellow ex-Lib Gary Powell were joined by Jamie Reynolds and Steffan Halperin from the band that launched a million glow-sticks. What price the debt the glow-stick industry owes Klaxons? Large I'd wager.

But this is business talk, and we mustn't discuss such matters in a public forum such as this. Burgess was there too, as was Didz Hammond and Anthony Rossomando from Dirty Pretty Things.

The assembled parties all accounted for, the band rumbled through five songs - the first "Velvet Underground-esque" according to the NME, who of course were there; then a version of 'Golden Skans' with Burgess at the mic. Next came a rendition of 'North Country Boy' by Burgess' band, before that segued into Stones classic 'You Can't Always Get What You Want'.

Bored yet? I'll cut to the chase, at one point Barat was heard to shout to Reynolds: "Oi, Klaxon! Can I have my cigarettes?"

So what's all this got to do with old Alan? It was being filmed for McGee's new show which will run on Rockworld TV.

Bonus point for anyone who spotted the obscure Shoreditch magazine reference in the headline.