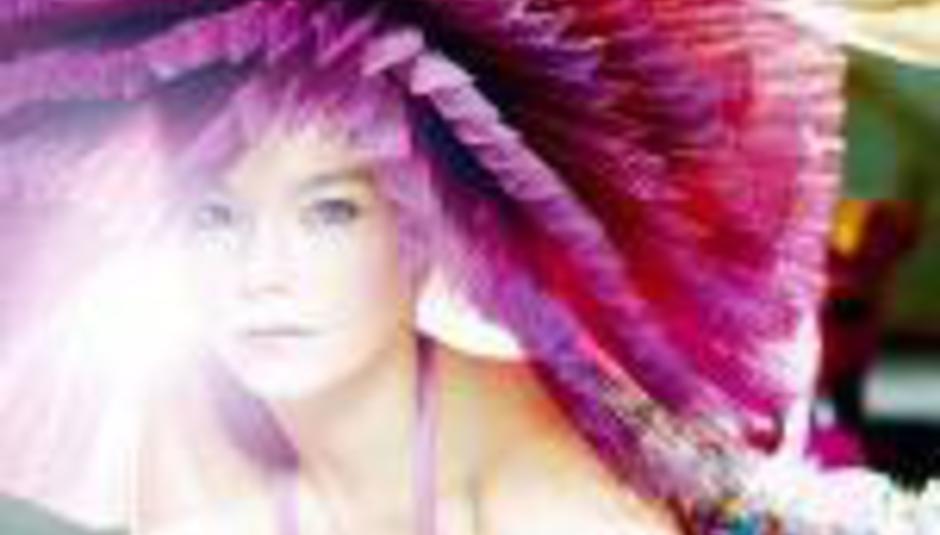 Björk's new album, Volta, is to be released on May 7 via One Little Indian.

The Icelandic singer has been speaking about her new LP - the follow-up to 2004's Medúlla - to Pitchfork. Of its percussive tone, Ms Gudmundsdóttir has said:

"I actually did the whole album, and it wasn't until the last two or three months where the only jigsaw that hadn't been solved was the rhythms. We had done a lot of experiments with rhythms but I just threw them all away because it was like every time we did something really clever with drum programming beats, it was just too pretentious for this album, it just didn't stick.

"For some reason, for me it was maybe a little bit nostalgic going back to 1992, where you had really simple 808 and 909 really lo-fi drum machines, not doing anything fancy but really basic, almost like rave stuff or trance stuff, and then really, really acoustic drums. So there are a couple of tracks on this album which are actually programs, with many programming hours spent, and you listen to it, and it sounds like kettle drums or something."

Pitchfork's interview with Björk is a multi-part piece; the first part is here.

Björk is confirmed to play this summer's Glastonbury Festival, and will also appear at Coachella in California in April and Roskilde in July. Keep up to date with live appearances by checking her MySpace page.