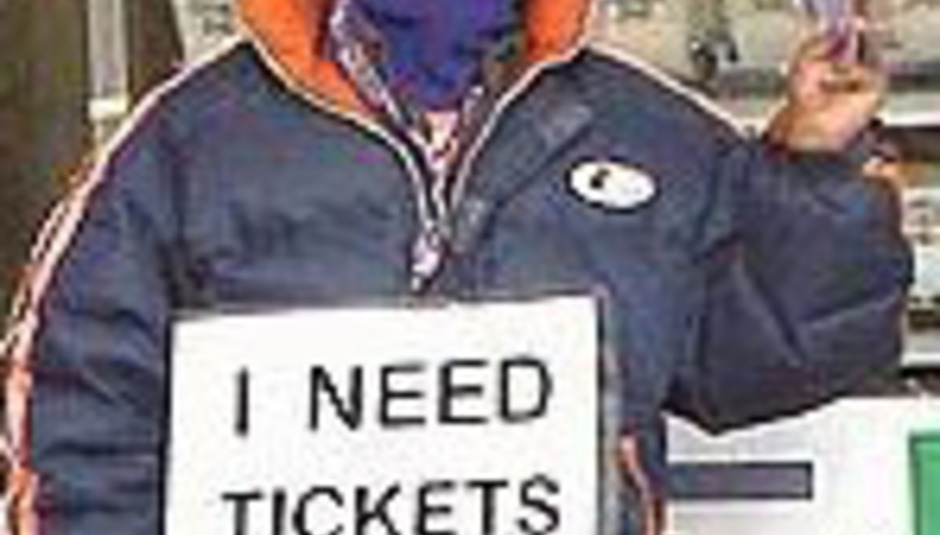 New initiatives are to be introduced in the fight against ticket touts, following a meeting yesterday (February 8) between representatives of the government and the live music industry.

The talks, organised by the Department For Media, Culture And Sport, saw vows from Culture Secretary Tessa Jowell and events organisers to "to protect consumers and improve the ticketing market place".

How? Well, an official ticket 'swap shop' will be set up, allowing fans to exchange tickets amongst themselves. Internet auction sites will also be obligated to provide details of the original cost and the type of access provided by the tickets as they are listed online.

A 'shop-a-tout' phoneline is also set to be introduced, giving fans the chance to rat out on scalpers with more gold earings that scruples.

"Exploitation and excessive profiteering by touts puts tickets out of the reach of real fans - it is a corrosive force in entertainment," said Jowell. "We are determined to protect consumers against this.

"We want to address the problems faced by fans - paying through the nose for a ticket with a poor view or handing over cash for a ticket that never existed. Progress has been made but we're going to continue to work with the industry to cut off the commercial opportunities for ticket touts and stamp out unfair practices."

But what happens if you've double booked a night out with the boys at the Applicants Water Rats gig on Valentines night, and you've gotta go out for a bite to eat with your ladyfriend instead, for example?

"It would be unfair if consumers were unable to sell their own tickets, for whatever reason, and get their money back," Jowell continued, "we don't want to criminalise genuine fans."

Sounds all well and good, then. But will it make any difference? DiScuss.