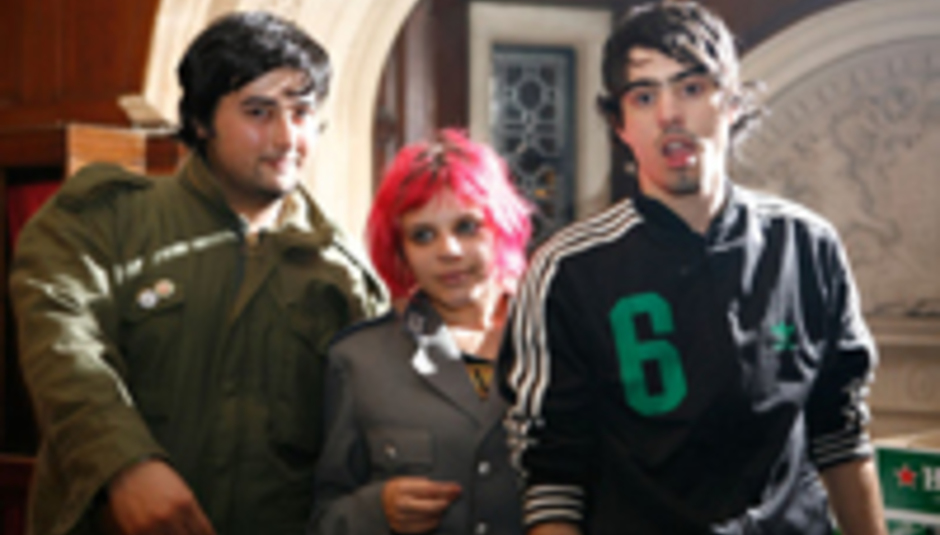 Bonde Do Role of Curitiba, Brazil have signed to Domino Records.

The band's first release for their new label will be a single - 'Solta O Frango' - released April 9th, to be followed with an album sometime in May.

First though, the party trio discovered by Diplo will release an album through the wicked fresh French deej's label Mad Decent on January 22nd.

The band had this to say about the recent events:

"It's funny that we have signed exactly with Domino 'cause the first time we went to Europe, Gorky said that if one day Domino invite us to join their cast, he would have one of his dreams coming true, and we all agreed with that..and now... IT'S TRUE!!!"

I've found that recently with Brazilian bands. All punctuation and no breathing space.

Bonde Do Role play at London Dingwalls on the February 20th in support of label mates Junior Boys.