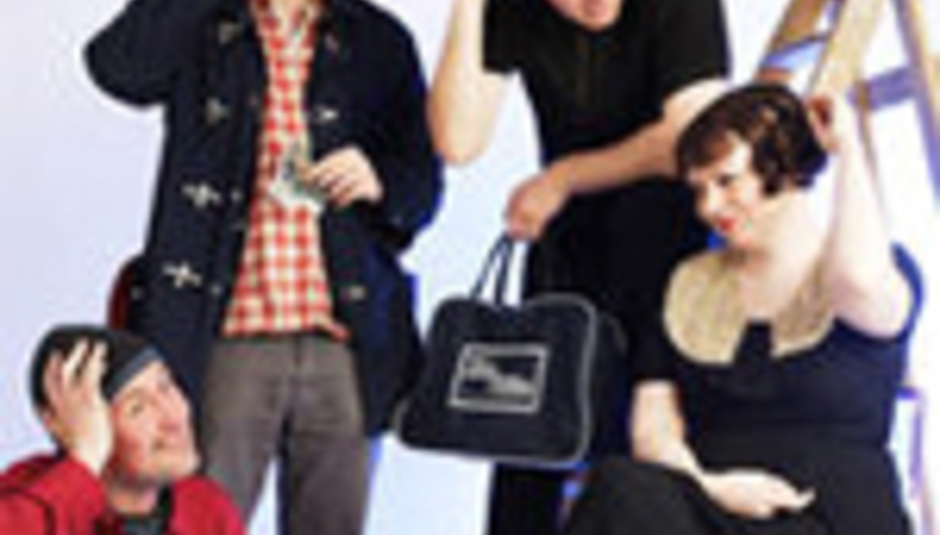 'Cult' London blog-punk pirates The Television Personalities have announced details of a new album to be released early next year.

Are We Nearly There Yet? is technically the band's tenth studio album, though the massed ranks of EPs and singles released over their 30-year lifespan would probably contest that point. This is released on February 20th through Overground Records. Wanna know what's on it?

'Are We Nearly There Yet?'
'The Peter Gabriel Song'
'The Eminem Song'
'I Get Scared When I Don’t Know Where You Are'
'I See Dead People.'
'If I Could Write Poetry'
'If I Should Fall Behind'
'Coltrane’s Ghost'
'Mr Brightside'
'All The Midnight Cowboys'
'All The King’s Horses'
'You Are Loved'
'It’s All About The Girl'

Cult is an over-used word, but I'd argue that in this instance it genuinely applies. After decades of making painfully confessional, sincere music lead main man Dan Treacy through the dark corridors of nervous collapse just before the turn of the century, they returned last year with My Dark Places, (review). Touring that album proved to be somewhat testing, as at least one live show pushed traditional boundaries of 'shambolic' and saw Treacy overcome with stage fright and panic. Which wasn't really all that bad, as it fitted the mood of the album perfectly.

Are We Nearly There Yet? was recorded in New York during the summer of 2005, after NYC band The Baskervilles donated £1,000 to get TVP in the studio.

True to form, Treacy was heard to remark of his new album: “I’m as proud and disappointed of this CD as anything I’ve ever done.”