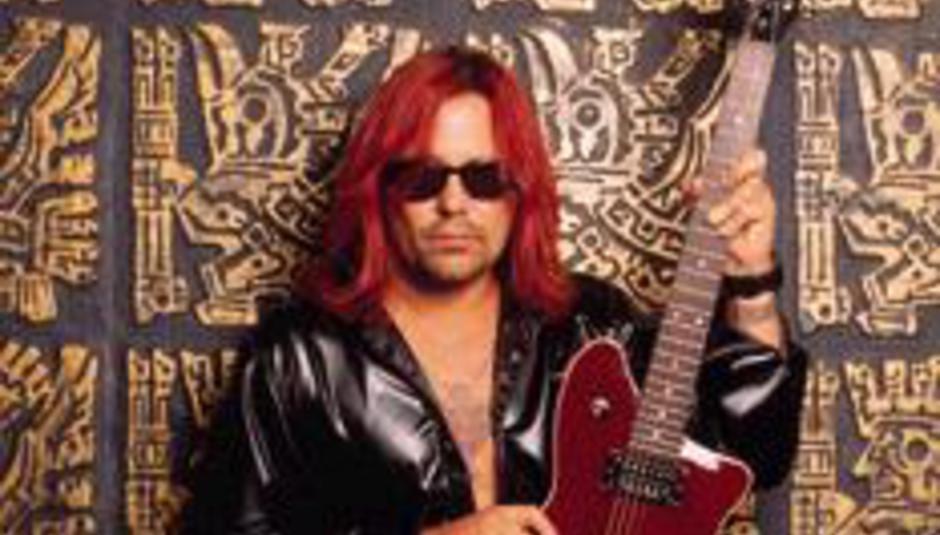 by DiS News September 19th, 2005
Vince Neil, singer with the on-tour Motley Crüe, has torn his calf muscle after a fall from the stage at a gig in Atlanta.

The band were performing at the Philips Arena on Friday (16th September) but had to stop after just five songs following the singer's fall. "I just felt something snap in my leg. I couldn't go on," said Neil via the band's website.

No shows have been cancelled - "I'm a trooper," said Neil - and the band plan to return to Atlanta later in the year to play again.

"He will be able to perform, but can't really jump around until it heals," said bassist Nikki Sixx of his front man's condition. "Luckily, we have a few days off here and there for him to recover."