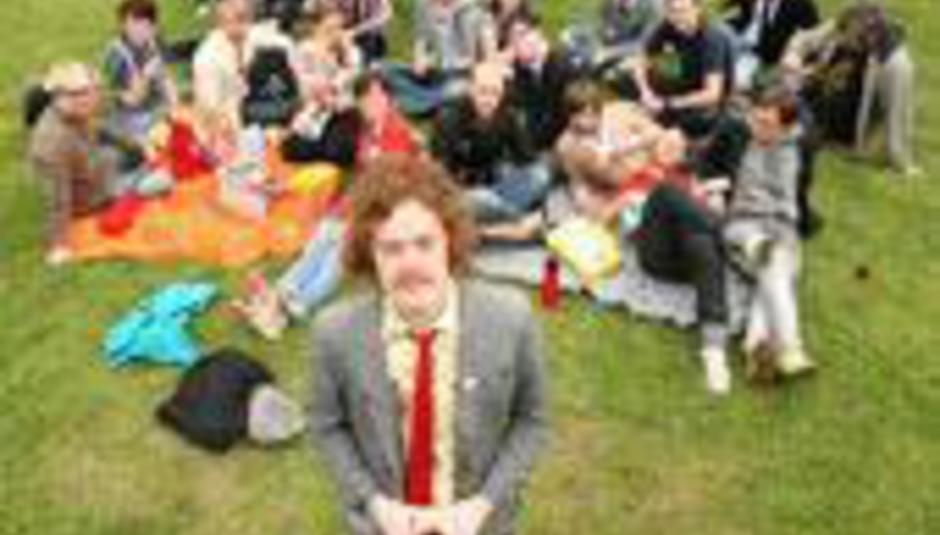 Insufferable Swedish indie knobs I'm From Barcelona have announced a deal with Mute to distribute their stuff in North America.

"We are proud to announce that our debut album Let Me Introduce My Friends will be released in the US early next year by Mute US!"

A statement remarkable for its brevity, given the 29 members. Good luck splitting up those royalty payments, boys and girls! Cue visions of arguments; then fights; then one final, bloody massacre, as the last torn Mute cheque drifts gently to rest on the body-strewn floor.

It's okay y'all, I'm being ironic!