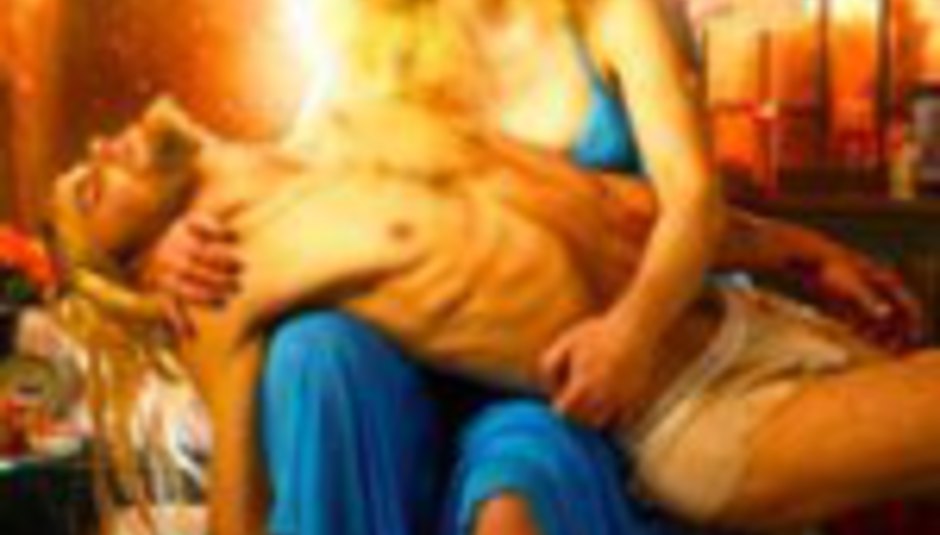 Nirvana fans, like, everywhere have reacted angrily to a new book by acclaimed photographer David LaChappelle, and more specifically to a shot of Courtney Love, reports soundgenerator.com.

In the book, Heaven And Hell, the former Hole singer is pictured cradling the dead body of a Kurt Cobain look-alike; behind the pair is an assortment of pills and other medicines. The look-alike's scars are made to resemble those left by the injecting of drugs (rather than Crucifixion wounds).

Tasteless, much? We reckon so. Bad Courtney, bad Courtney.

The above picture is a cropped version of the image that appears in the book. I like squares, okay?