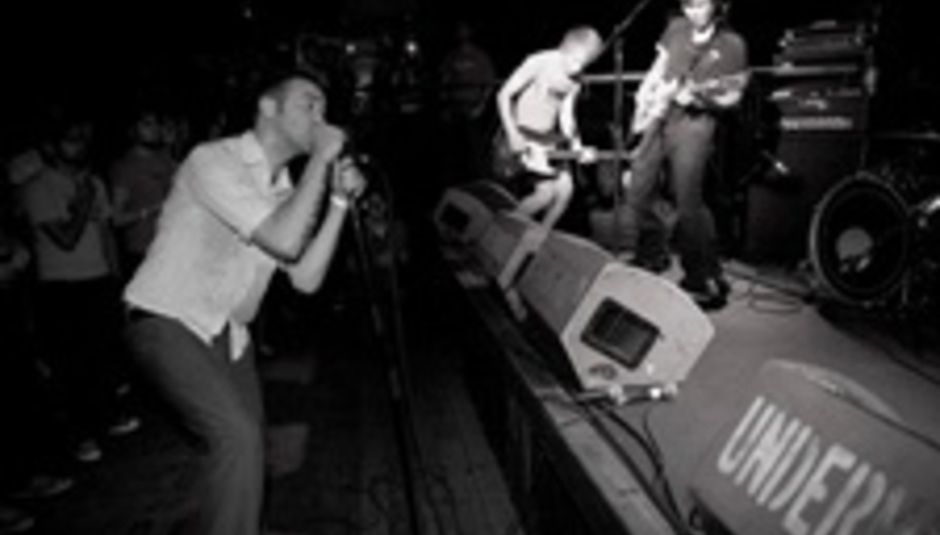 Meet Me In St Louis appeal for recording funds...

Plucky indie-rockers of maximum riff intelligence Meet Me In St Louis are after a few pennies and a lot of pounds in order to record their debut album, due to be released via Big Scary Monsters.

The five-piece have asked Alex Newport (Fudge Tunnel, The Locust, The Icarus Line, At The Drive-In) to produce their debut, and he's to fly over early next year to begin work. BUT, the band need a little extra to cover the man's costs, and are therefore asking their fanbase to contribute a quid each to the Newport fund. In return, each individual donating their pocket money will receive a thanks on the record's sleeve.

Anyone wishing to aid the band in their quest to make what's already going to be an awesome album even more super-awesome should get in touch with them via their MySpace. Which is here.