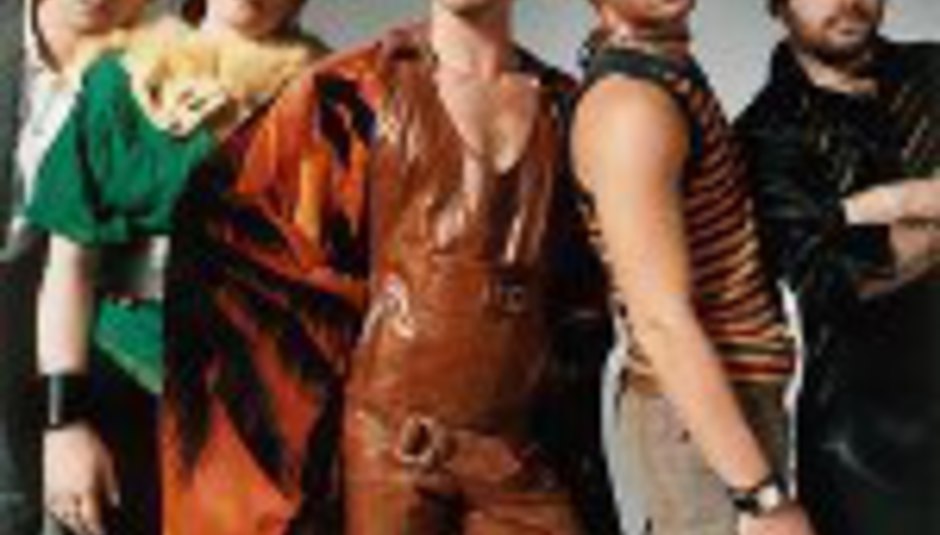 Why oh why oh why… Really, why Scissor Sisters? Have I done something horribly evil that, despite my best efforts, I simply can’t recall? Is that why you, whoever you are, are buying up copies of Scissor Sisters records like there’s going to be a camp-glam-pop famine three months from now? And punishing me via Radio 1/TMF/other free-to-receive channels are available? Are you expecting some sort of rationing a little later down the line, so you’re getting your fill now? Oh God tell me… Please?

In case the above didn’t suggest as much, the aforementioned purveyors of over-the-top Bee Gees-raping ridiculousness sit depressingly atop both the UK singles and albums charts. ‘I Don’t Feel Like Dancin’’ (review) is one place ahead of The Killers’ ‘When You Were Young’ in the singles chart, with the remainder of the top five comprised of Justin Timberlake at three, Nelly Furtado at four and Fergie at five. One question: is the song ‘Promiscuous’ really what we want our kids exposed to on Saturday morning television? “Roses are red, some diamonds are blue / Chivalry is dead, but you're still kinda cute”? Yup, our daughters are gonna grow up great.

On the new entry front, Lil’ Chris makes nineteen with ‘Checkin’ It Out’. Clearly, despite all the time he spent outside of English class making not-so-sweet music with Gene Simmons, the cap-sporting whippersnapper knows his way around an apostrophe or two. Janet Jackson’s Nelly-aided ‘Call On Me’ (review) debuts a place above Lil’ Chris, while Jet’s ‘Put Your Money Where Your Mouth Is’ (review) swaggers its way to twenty-three, a place above The Zutons’ ‘Oh Stacey (Look What You’ve Done)’ (review). The Automatic complete a kinda indie triumvirate in the mid-twenties as their ‘Recover’ (review) makes twenty-five.

Quickly rounding up the remainder of the chart’s new entries: Lily Allen’s ‘LDN’ (review) makes twenty-seven, although that’s based on downloads only; Evanescence miss out on the top thirty, entering at thirty-two with ‘Call Me When You’re Sober’; and OK Go’s treadmill-rocking ‘Here It Goes Again’ debuts at fifty-eight. Nicky Wire’s ‘Break My Heart Slowly’ just about breaches the seventy-five, landing at seventy-four.

Albums, in brief: The Fratellis stay at two, Justin Timberlake drops to three to accommodate the Scissor Sisters at one, and the sole new entry (said Sisters aside) in the top ten is Elton John’s The Captain And The Kid. What’s that? The pupil’s bettered his master, you say? Absolutely.

DJ Shadow’s The Outsider makes its debut at twenty-four, although it could rise as the fairly-good-actually ‘Enuff’ single, featuring Q-Tip, is released today. Get Cape. Wear Cape. Fly’s The Chronicles Of A Bohemian Teenager makes twenty-six, and The Rapture’s Pieces Of The People We Love (review) just makes the forty, at forty.

Two thumbs up to Bonnie ‘Prince’ Billy, too, who at least registers on the mean-a-damn section of the chart, at seventy, with The Letting Go (review). It’s super great, and you should listen to it.

Wanna see what’s out this week? Click here and pan and scan ‘til you’re satisfied. Then go to the store and buy some stuff; personally, I’d recommend Devastations’ Coal (Like Nick Cave fronting the Black Heart Procession), Sound Team’s “Movie Monster” (review), James Yorkston’s The Year Of The Leopard (review), and Sparklehorse’s Dreamt For Light Years In The Belly Of A Mountain.

They’s all good, yo.