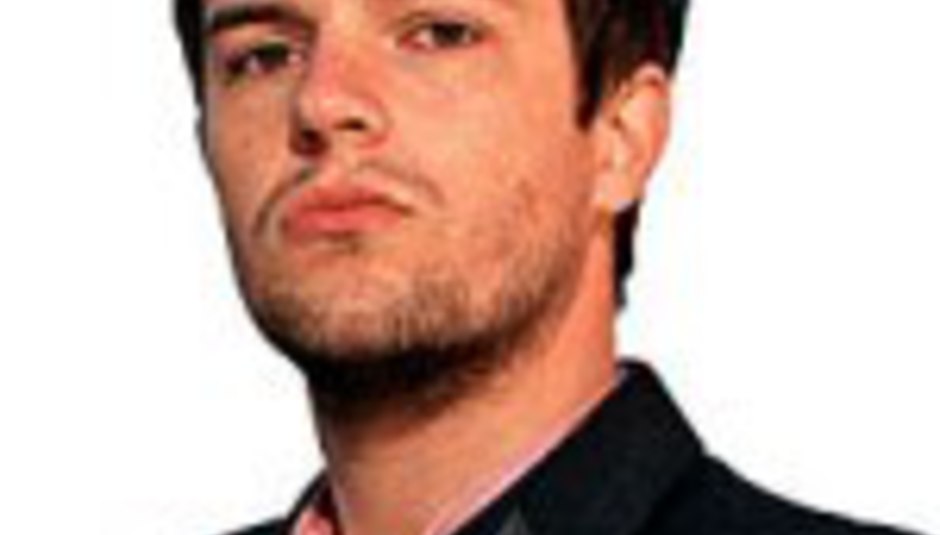 The Killers' Brandon Flowers - seen this weekend gracing the cover of The Observer Magazine, posing like a gay cowboy - has said that Radiohead's Thom Yorke should ditch his electro-bleepin' songwriting and get back to penning pop songs.

Flowers told the aforementioned glossy supplement: “He should feel grateful that's he's (been) given the gift to write pop songs - which he needs to write again!”

What Thom has to say about Flowers' current facial hair - patchy and with a limp caterpillar moustache - we don't know, but The Killers' frontman explained his facial furniture thusly:

“I've never been able to grow a moustache before!”

Fair enough - I can't grow a beard, to be honest. Don't think I haven't tried, either - I stayed in for two weeks solid, rubbing my chin with carpet samples, but all I managed to do was generate static enough to stick my face to the wall for a good six hours at a time. Like a balloon. A red, hairless balloon.

The Killers have a record out next week. Perhaps you've read about it already...