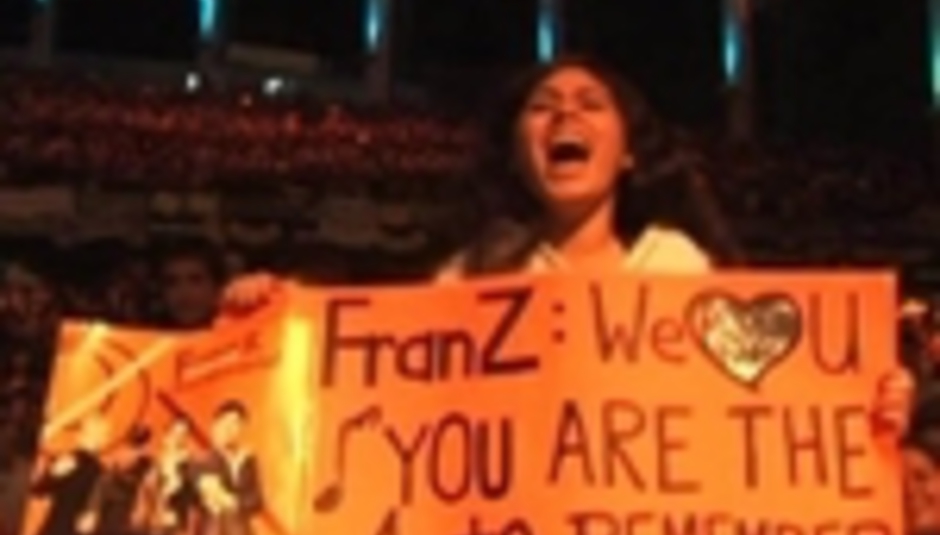 Franz documentary to be broadcast this Sunday

A Don Letts-directed documentary on Franz Ferdinand is to be broadcast on Channel 4 this Sunday (September 24).

The film, titled Rock It To Rio, follows the Scottish four-piece as they play a series of shows in South America. The documentary will also feature footage of the band recordings two new songs, 'Ghost In A Ditch' and 'Wine In The Afternoon'.

Former Big Audio Dynamite member Letts - who won a Grammy for his Clash documentary Westway To The World - apparently "jumped at the chance" to film Franz on their South American tour back in February. He said:

“When I got the call to see if I wanted to ‘cover’ Franz in South America I jumped at the chance. My last few films have been very controlled stylistically so it was a great opportunity to return to my punk roots. It’s been a while since I’ve seen any ‘frontline’ action and their mix of style and intellect combined with classic pop songs and a dynamic live show was just what I needed to deliver a film with the kind of energy that got me started in the first place.”