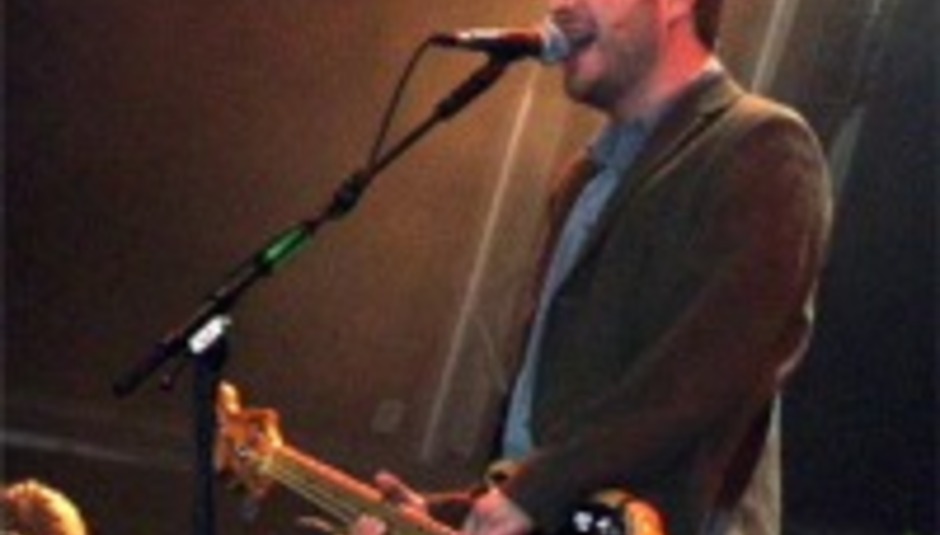 The big stack: Chart round up...

by DiS News March 1st, 2005
Hello Tuesday. DiS managed to miss our Monday chart bulletin by an hour and then decided it was worth it anyway. Why? Cos there’s like, some interesting activity in the soon-to-be-non-existent charts this week. Or so we think.

From the top as ever.

Nelly enters the top slot, deposing rectal showpiece Jennifer Lopez after one week (as we predicted), and The King makes a 2005-lowest chart entry of no.3 with ‘His Latest Flame’. Terrible. Elvis must be rolling in his grave in shame, squidging the peanut butter treats… Girls Aloud, Usher and Akon (who?) are in the top ten as well, but we only say “well done” to the Kaiser Chiefs at no.6 with the re-release of ‘Oh My God’ (which is up 60 places from the long sold out original release on Drowned in Sound Recordings) and also to the Futureheads for the rip-snorting indie disco classic (already) ‘Hounds of Love’ banging in at 8. Woof woof.

Idlewild make a disappointing-for-the-record company-but-probably-all-they-deserve mini splash in sixteenth place and just above it is Snoop Dogg with Pharrell Williams. Cradling itself at an impressive half-way mark though, is Maximo Park at no.20. Jeepers.

Nice work also, to Charlotte Hatherley, who lands at an excellent 31 (thanks to a Little Britain-themed video partially) and a cursory nod to more hound of love, Dogs at 36.

And? Well, Simple Plan enter at 44 with some rock-lite, with stargazers Engineers doing the top 50 by two places with ‘Forgiveness’. Joyously, we see Low at 57 with ‘California’ (not the theme from The OC) and then Tokyo Dragons in at 59. Mando Diao slump in at 73. Not good for the Scando-beasts.

Albums? Well Doves enter the top spot with the lush ‘Some Cities’ and that’s only one of two entries in the top ten. Lower down sees Mars Volta at 23 with their excellent oddity ‘Frances The Mute’ and then you have to go down thirty-three places to see The Kills offering ‘No Wow’s this time around (see the pun in there?). Bugger all else in there, apart from Bright Eyes doing the chart thing at 62 with ‘I’m Wide Awake It’s Morning’ a month after release.

The download chart is bollocks, although it must be noted that The Bravery are in at 16 with ‘An Honest Mistake’ – out in physical format this week. Really, it’s poor otherwise.