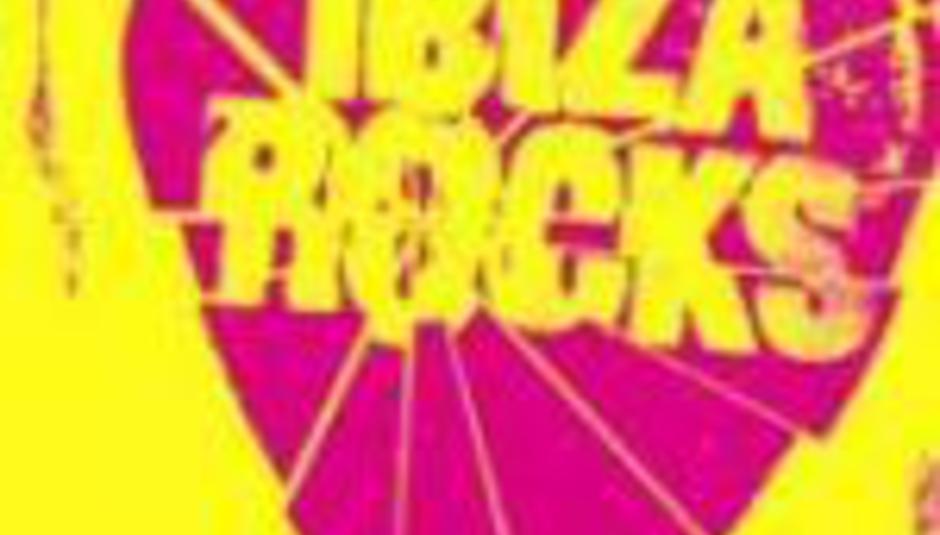 See me, I wouldn't be caught dead in Ibiza. It's too sunny, its beaches are full of stinkin' Brits abroad, and its clubs play that thump-thump-thump shite that the Vauxhall Nova brigade used to pump out of their crappy cars when I was in sixth form.

But the island does, sometimes, play host to rock bands. Rock bands like The Futureheads and Maximo Park, both of whom feature on the recently-released Ibiza Rocks album. A double-disc affair, the brightly-coloured record also includes tracks by the likes of The View, Babyshambles, The Cribs, The Rapture, The Streets, Tom Vek, Clor, The Horrors, Do Me Bad Things and Mylo.

We've five - that's 5 - copies of this 'ere compilation to give away. Why? Because they arrived in the post and we're all coastered up, really. To be in with a chance of winning a copy, just answer this question:

At the time Kevin and Perry were going large, what was the distance between the Earth and the Moon?
A) Roughly 384,500 kilometers, give or take some
B) Roughly four-thousand Peperamis placed end to end
C) Roughly seven circumferences of Jay-Z's gut

Just e-mail your answer, with your address, to mike DOT diver AT drownedinsound DOT com. Write 'I'm not going to Ibiza' in the subject line. Winners will be picked at random. Maybe.