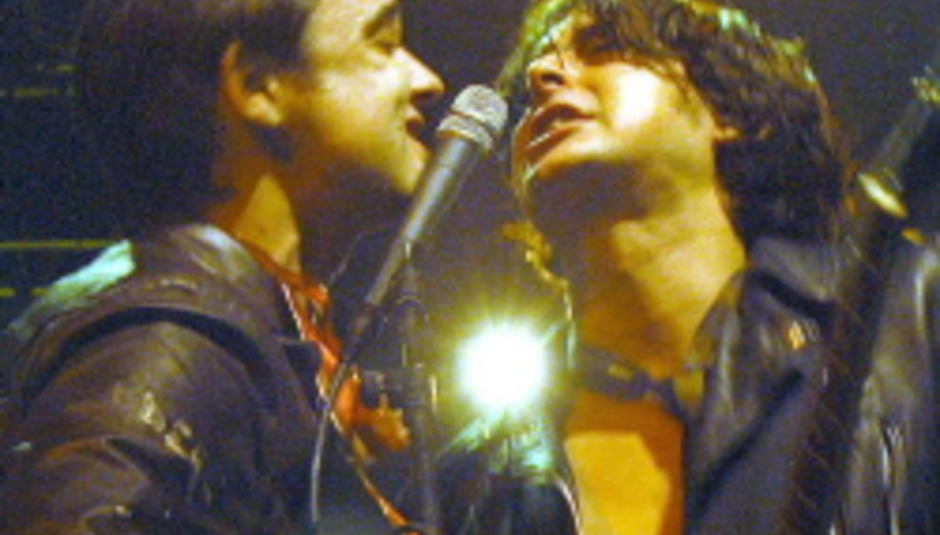 by DiS News February 22nd, 2005
Seemingly officially an ex-Libertine, Carl Barat (he's the one on the right of the picture, folks) has signed a solo recording contract. However, he will continue to use former Libertines men in his band…

Barat yesterday announced details of his deal with Vertigo, a subsidiary of Mercury – and home of Razorlight.

A statement from the record company said: "Barat... is currently writing material for his debut solo album, provisionally scheduled for release at the end of this year."

"He is also forming a band that will include members of The Libertines, whose future has been put on hold while Barat focuses on his solo work.

The estranged-friend-of-Pete essentially split the band in December following a run of summer and Autumn dates without the founding member. Speaking in an interview in November last year, he said:

"As of the end of December Gary [Powell], John [Hassell] and I have decided The Libertines will be off the road for the foreseeable future."

..which appears to be merely a half truth now, doesn’t it?