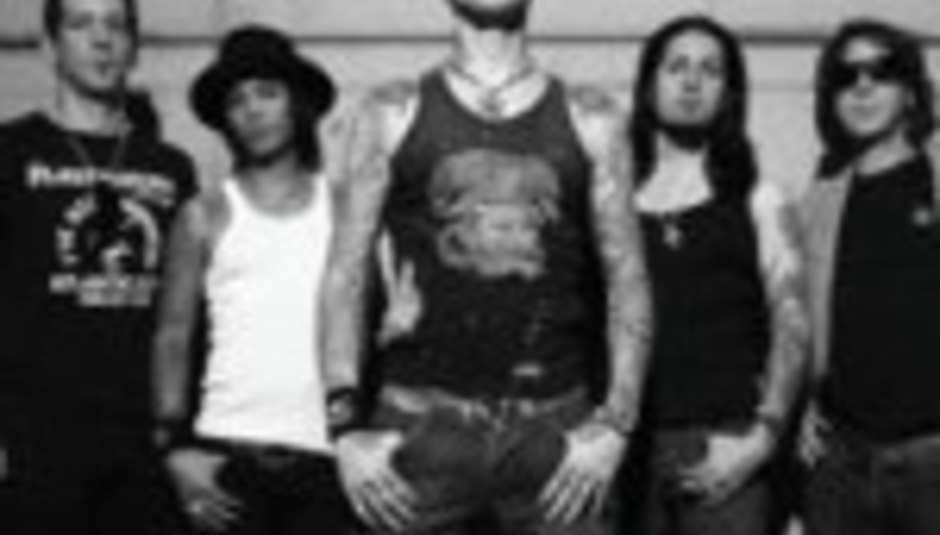 LA rockers Buckcherry are facing a lawsuit from a 16-year-old girl, who alleges that the band and their label forced her to perform sexual acts in their video for the song 'Crazy Bitch'.

The teenager, who's named as Jane Doe in the civil suit to protect her identity, had responded to a request for video extras on the band's MySpace page (here) in October last year. Upon arriving at the shoot, she was given alcohol to drink and was filmed semi-naked with another woman and pole dancing while topless. Allegedly, we must add.

She's now filing for $25,000 in damages, but Buckcherry's label Atlantic has stated there was no wrongdoing on their part. The band's manager, Allen Kovac, added:

"There was every opportunity for her not to be in that video. For whatever reason, the girl subverted those efforts, and now her mom is trying to blame everyone but her. This woman is now looking at (the band) as a profit opportunity."

"For years, the industry has been talking about how online sales and online promotion creates unique opportunities to reach out to fans. Well, that also creates a unique burden to protect minors from online exploitation."

The video in question has been removed from the internet since the lawsuit was filed.

DiScuss: Where, in your opinion, does the blame lay here?