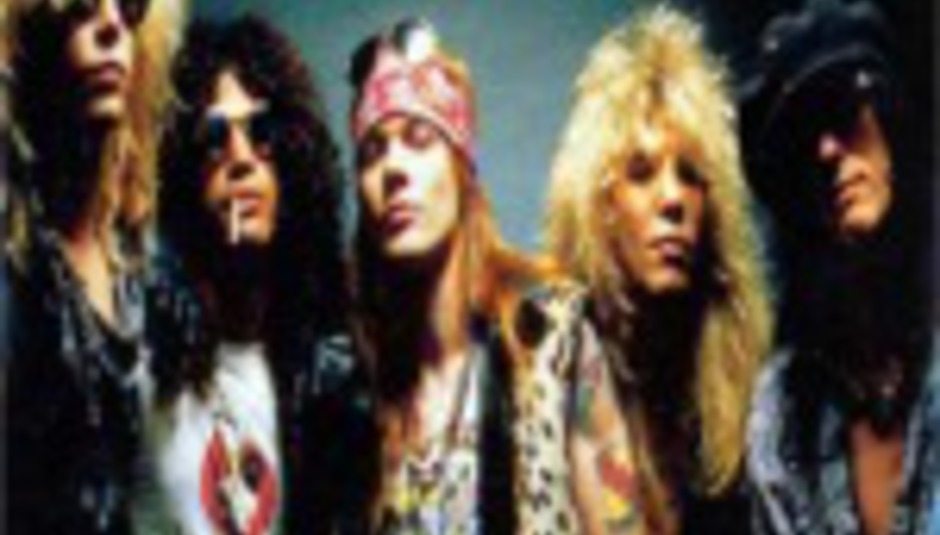 by DiS News February 10th, 2005
Current Guns N' Roses bassist Tommy Stinson has made the frankly, not utterly believable claim that the now infamous ‘Chinese Democracy’ LP will be out this year. And a European tour to boot. And that Axl can turn water into nitro-glycerine.

Well, maybe not the last one.

Speaking to the www.wokr13.tv website, He said,
"They're finishing up the mixing right now. Sorting out what songs are going on it and artwork and s**t. And hopefully sooner than later, it'll come out. I understand there's probably some European dates booked in the summer. Hopefully, that'll happen and we'll get over there and do it."

*Please note that none of the people in the picture above are still in said band. That was a very long time ago. Axl Rose has been replaced by a mechanoid killer from the future.