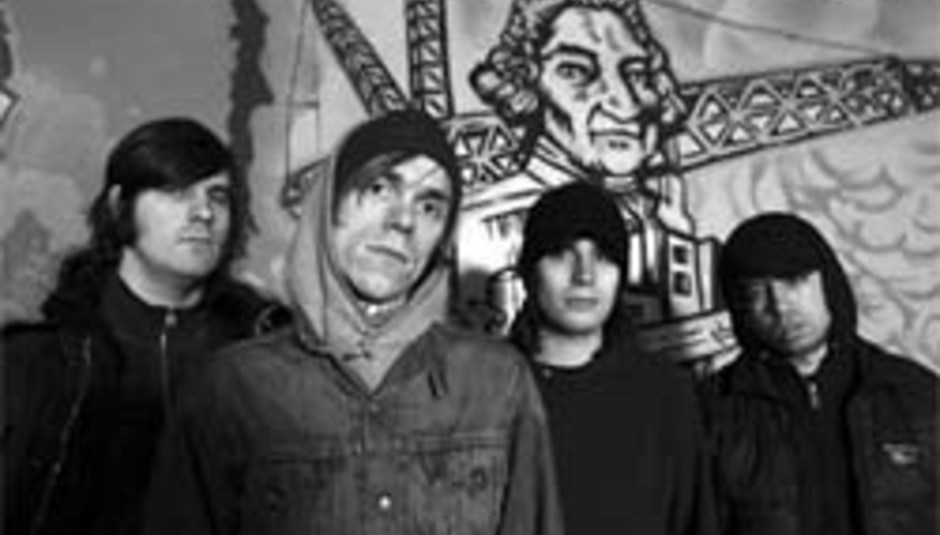 Converge's No Heroes coming this October

Boston-based masters of crushing metalcore Converge have announced that their new LP is to be titled No Heroes. It will be released through Epitaph on October 23.

The four-piece have been in the business for some fifteen years, but if the blurb is to be believed - and why would these label and PR people lie to us? - No Heroes doesn't compromise on intensity at all. Indeed, it's described to us as "quite possibly their most cerebral and ferocious album to date".

The follow-up to 2004's You Fail Me was produced by the band's guitarist Kurt Ballou at his God City Studios. Vocalist Jacob Bannon says of the new album:

“We don’t try to outdo ourselves each time in terms of making a heavy, ridiculous record, but this time we feel like we kind of did. We’ve never been a band who’s just going through the motions and I think that shows on this record.

“What we do is very different than what’s happening in the mainstream. I think we’re a weird amalgamation of stuff that doesn’t really exist anymore that’s somewhere between the thrash world, the hardcore world, the punk world and the alt-rock world. We just went and did our thing on this record rather than try to make a name for ourselves or dilute our approach.”

I, for one, just had an accident in my pants. Was it related to this article? Maybe...