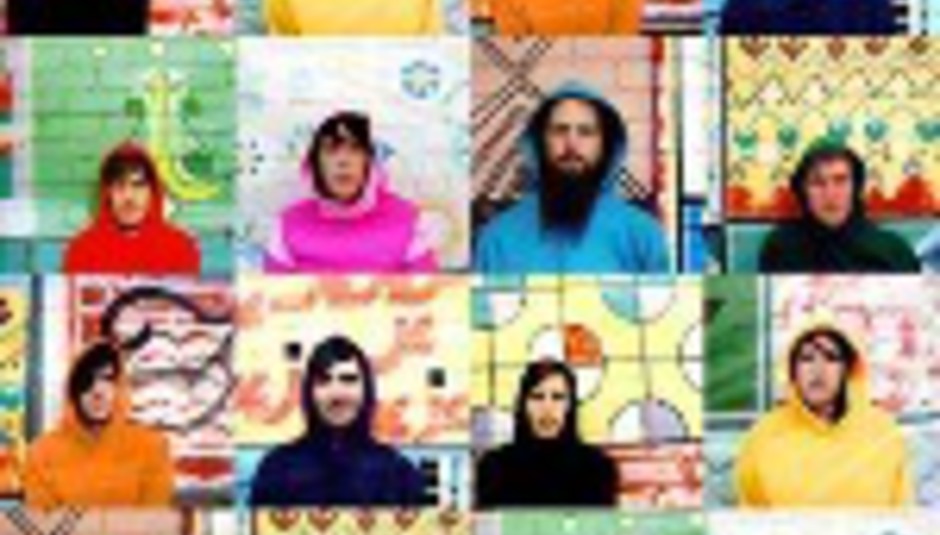 Only 1,500 copies of the EP, a six-track affair, are to be pressed, with Architecture contributing two tracks and Clap Your Hands three. One song will come courtesy of the acts' tour buddies Takka Takka. Sadly for Brits, the EP will only be available on the bands' US tour, which kicks off later this month. Sorry 'bout that.

Only a hundred copies will be available at each gig, too, so American readers wanting a piece of this rare record action should start queuing roughly four hours before doors open.

Tracklisting as follows. All tracks are live recordings.

This nugget o' newsy goodness comes to you via Pitchfork. If you've not already watched this film poking a little fun at Pitchfork - in a friendly way! - then we suggest you do it. We blew blood outta our noses.