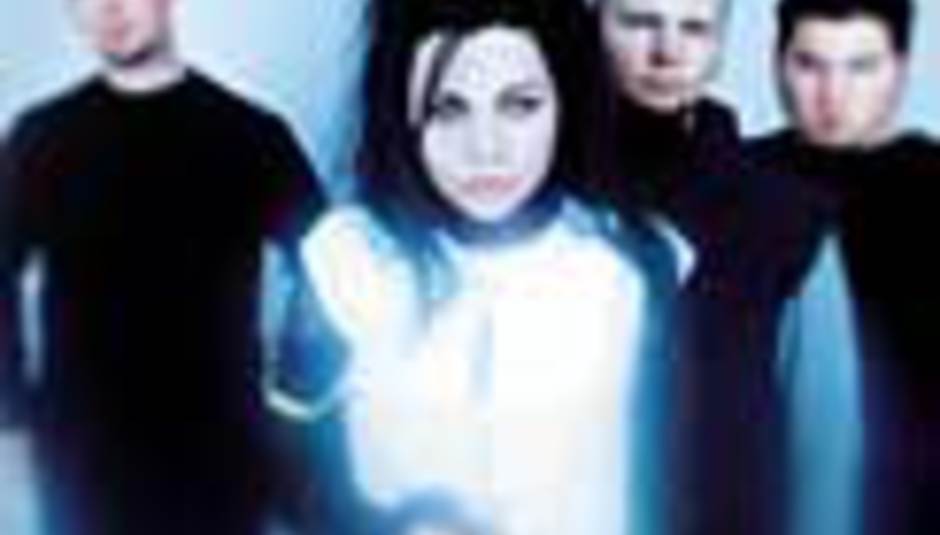 by Mike Diver December 13th, 2004
Super-sized supermarket chain Wal-Mart (them what own ASDA, y'know) are getting their collective ass sued by the parents of a 13-year-old girl. Why? Because said girl was stupid enough to ask for an Evanescence record.

But wait! That's not the whole reason why (although if my daughter* ever requested such a record she'd be staying with gran for the rest of her childhood). The girl's parents took offence to the fruity language on Anywhere But Home, and to the fact that Wal-Mart was selling a record that the chain itself had previously stated it wouldn't - a record with BAD LANGUAGE. Make sense? You need me to tell you about Tipper Gore? No? Good.

The album wasn't stickered with one of those 'Warning - this'll make your kids call you a c*nt and steal your booze and money out of your wallet etc etc' labels, so righteous daddy Trevin Skeens is now demanding a whopping $74,500 in damages from the chain, the band's label Wind Up and its parent label BMG. Apparently the bad words were censored on the supermarket's website, which he says means they were aware of the bad language, but sold the record to him regardless. What c*nts.

We say: FOR THE LOVE OF GOD, GET A GRIP.