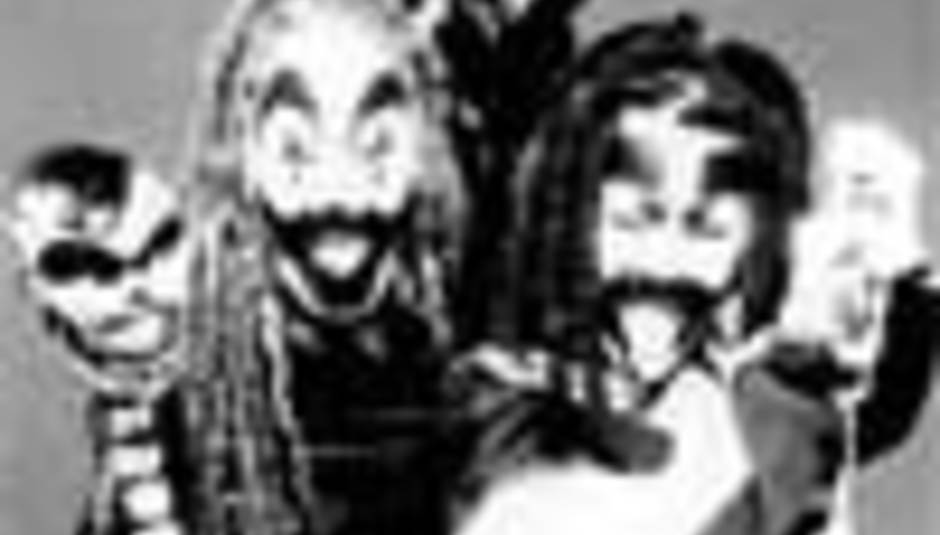 Eminem Vs. ICP Set To Continue

The seemingly endless feud between Detroit rappers Eminem and the Insane Clown Posse continued this week after a nasty incident in the U.S

Road manager for ICP, William Dail, allegedly choked an Eminem fan until he blacked out after a gig in Omaha, Nebraska.

The 'crime' that this fan commited was waving a T-shirt emblazed with Eminem and throwing M&M's at the stage during the performance.

Dail has admited to holding 23-year-old Thomas P. Goonan by his neck and throwing him in to a wall but denies the fan passed out.

The excuse he gave for his actions was:-

"You don't come into our home and disrespect us like that."

Dail has said he does not regret his action and in fact has recieved praise from the manager of the Insane Clown Posse who has said :-

"We encourage this type of activity. The charges will not affect Dail's employment with the group."

Dail was charged on misdemeanor assault and battery and released on $1,000 bail.

The history of the 2 artists goes back to Eminem's 'The Marshall Mathers LP' which has a bit that depicts the ICP rappers giving oral sex. Also, on a tour last year, Eminem brought two inflatable dolls with painted faces onstage and had them perform sexual acts with each other.

Eminem has also been accused of pulling a gun on ICP employee Douglas Dail (brother of the afore mentioned road manager.)

In retaliation, ICP recorded songs titled "Slim Anus" and "Nothing But A Bitch Thing" which takes the piss out of Eminem and says that early on in his career, Slim Shady was an ICP fan.