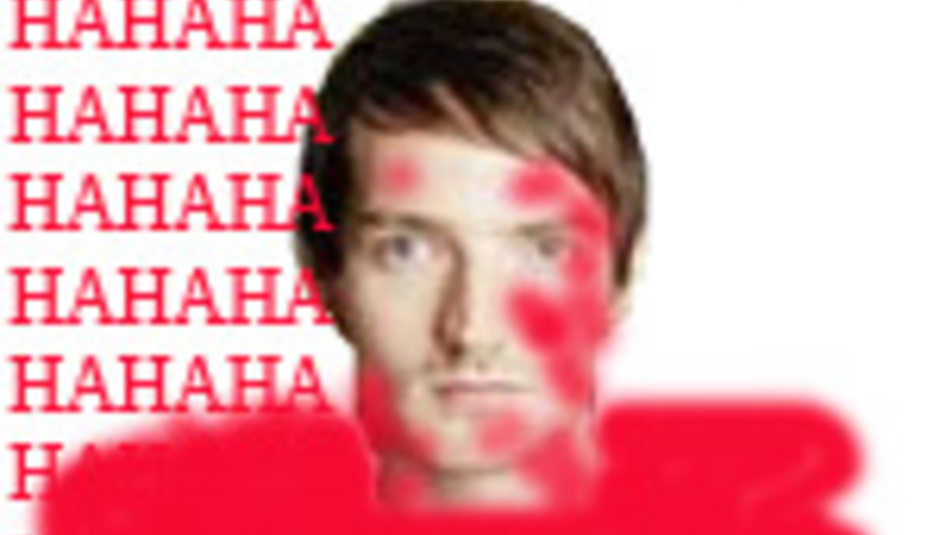 DiS delves into the charts; finds little but C to the A to the C to the K...

Seven days may have passed since last we, DiS, delved into the charts in any detail, but little has changed: Shakira remains top of the singles pile with ‘Hips Don’t Lie’, with Rihanna’s ‘Unfaithful’ at two and Christina Aguilera just below her with ‘Ain’t No Other Man’. We’re still digging that last one; t’other two can naff off.

Cascada is at four with ‘Everytime We Touch’, but since we know nothing about that song, at all, we’ll skip to five to find Paris Hilton’s summer smash, ‘Stars Are Blind’. Despite widespread showings of its rolling-about-on-the-beach promo on digital music channels countrywide, ‘Stars Are Blind’ is yet to match our expectations – we wouldn’t be surprised, though, if it climbed to two, at least, come next Sunday. We kinda like it. Don’t hurt us.

Lily Allen’s ‘Smile’ continues to loiter within the top ten, as does Kasabian’s ‘Empire’. No other song in the top ten is worth mentioning really. Elsewhere in the 40 Snow Patrol rise two to thirteen with ‘Chasing Cars’, while both Captain and The Raconteurs achieve top thirty entries, the former with ‘Glorious’ (review) and the latter with ‘Hands’. The Feeling stay at thirty-six with ‘Fill My Little World’, a song so horrible it fucking beggars belief that their next single, ‘Never Be Lonely’, is actually worse. Someone, please, kill these people. Today.

What’s out this week? Did we already mention Metric’s ‘Monster Hospital’? No? Goooood… Metric’s ‘Monster Hospital’ is out today, available from all good record shops. Go get it on your lunch break so we can actually afford lunch next week, eh? Elsewhere, The View, recent stars of NME’s Radar section, release ‘Wasted Little DJs’; Primal Scream (Bobby G got married, aawww) release ‘Dolls’; ‘Horny As A Dandy’, the awful mash-up effort from Mousse T vs Dandy Warhols is out; and Orson release something that’s actually the exact aural opposite of its title. That’ll be ‘Happiness’, then. OutKast release ‘The Mighty O’, and Badly Drawn Boy’s ‘Born In The UK’ hits shelves.

Albums, briefly… James Morrison’s Undiscovered debuts at number one – if you bought it, even for a relative, YOU DIE, soon. Razorlight’s self-titled second album’s sitting pretty – not literally, as they’re reet uggers – at two, with the remaining top-five slots filled by Snow Patrol, The Kooks and Ray Lamontagne. That ‘Trouble’ song really splits the DiS office folk: me, I say eeerrrggghhh.

So far as new entries go, Stone Sour’s Come What(ever) May is in at twenty-seven, The Puppini Sisters debut at seventeen with Betcha Bottom Dollar (betcha I do that I don’t like ‘em), and Fleetwood Mac’s Greatest Hits crashes like a skidding Formula 1 racer at thirty-seven. You know that music on the M&S ads? It’s them, that is. Fucking Dervla Kerwin, making us hungry for clotted cream the whole time…

Out today is: Nick Lachey’s What’s Left Of Me album (y’know, he’s the ‘hunk’ from Newlyweds), Fionn Regan releases his excellent End Of History debut, and The Russian Futurists’ Me, Myself And Rye becomes available – a best-of, kinda, it’s Matt Hart’s UK debut.

And that’s IT. Okay? Go buy the Metric single, like, now. Cos otherwise our kids go hungry.