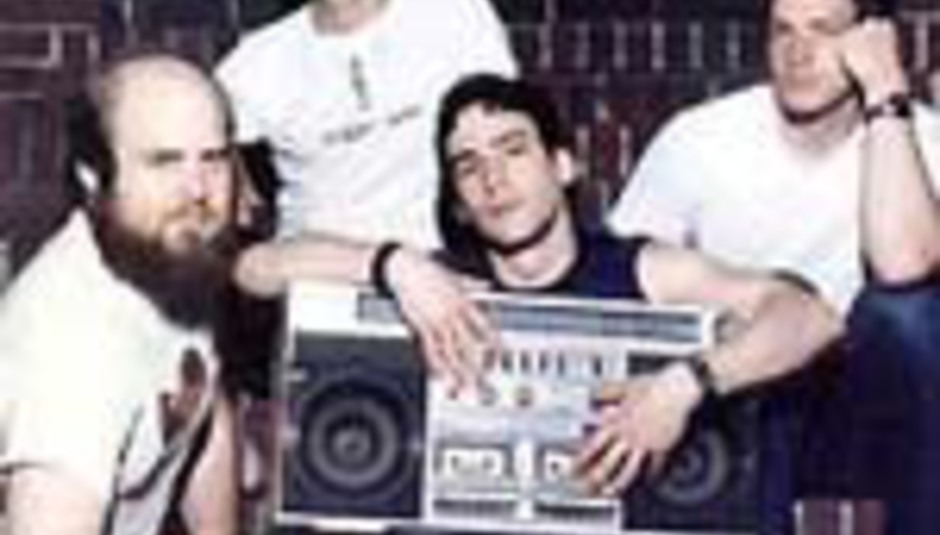 Pitchfork has reported that NYC party-rockers Les Savy Fav are beavering away at a new album, the eventual follow-up to their Go Forth long-player of, like, YEARS AGO. I'm not counting Inches as a proper album, yo.

The band's bassist, Syd Butler, talked exclusively to the US indie site (link) about the four-piece's current movements of the non-bowel variety.

"We've started practising, and we have time booked in a studio in three weeks. We'll be recording it with Chris Zane at Gigantic Studios, and then hopefully it'll come out in the spring by SXSW time.

"We're still trying to decide what it's going to sound like. Is it gonna be a balls-out rock record or is it gonna have some of the more quiet stuff?"

Balls-out rock, please. The new record effectively calls time on the band's Rabbit Trancing release, the rumoured collection of studio odds and sods. None of the material slated for said release will feature on the as-yet-untitled fourth long-player.

As if to assure us often disappointed LSF fans - Go Forth was sooooo long ago (2001 since you asked) - Butler told Pitchfork that the record will happen. No, really...

"This is definitely gonna happen. We don't want people to think we're aloof or pulling someone's leg. We've booked the time. We know that we're going in November to record it, and we're freaking out and really excited about it."