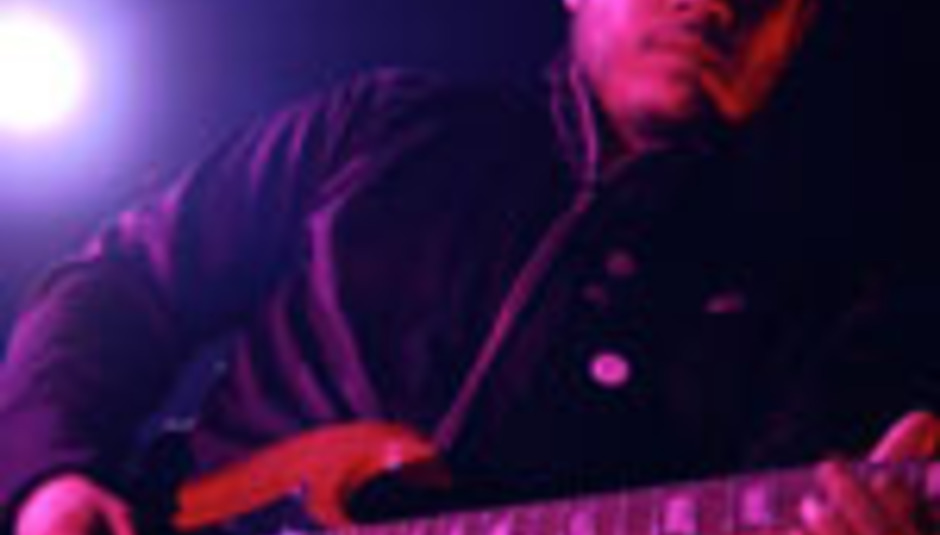 Mogwai's soundtrack for Mr Beast-ly Zidane to get a release

Mogwai are to release a 10" of music taken from the movie Zidane: A 21st Century Portrait ahead of that of the full soundtrack.

The Scottish post-rockers scored the Douglas Gordon-directed film about the famous French footballer's career, which will be shown at the Edinburgh Film Festival next month (click for link). The 10" is available from August 21, and is also downloadable.

Mogwai have also contributed a pair of tracks to Michael Mann's forthcoming Miami Vice picture, released here on August 7. 'We're No Here' and 'Auto Rock' are the selections from the quintet's latest long-player Mr Beast that'll accompany the actions of Colin Farrell and friends.

Trailers for the Zidane film are viewable here. The full soundtrack is released in October. Mogwai play a series of live dates in September, including a sold-out show at London's Royal Albert Hall on the 22nd.