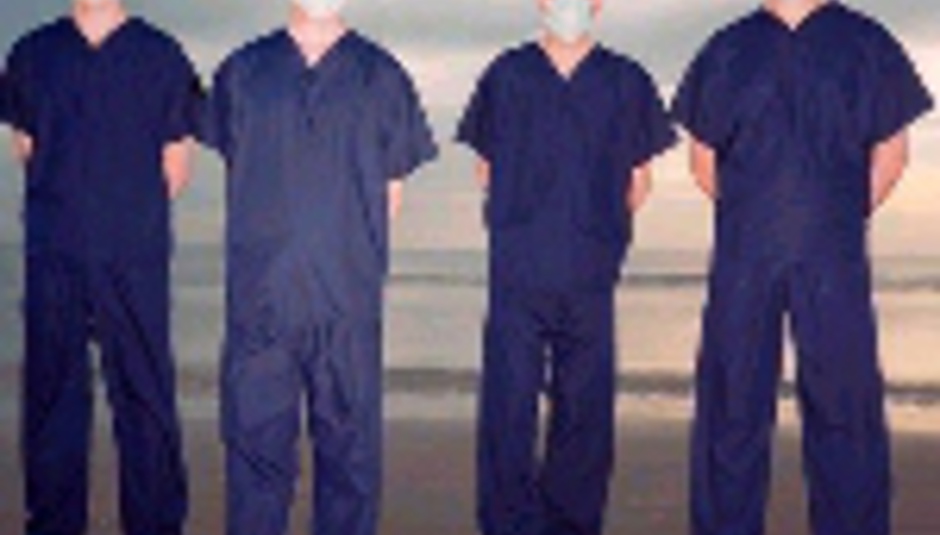 Fancy a visit to the clinic? Perhaps a Visitation from Clinic, instead...

Clinic will return to album-releasing ways with their latest long-player, Visitations due out on October 9th.

Singer Ade Blackburn told Billboard about the new LP, which was recorded at the band's own studio in Liverpool.

"Compared to Winchester Cathedral it's a lot more direct and more upbeat. We think of it as more of a proggy-sounding album. A lot of it was more designed to play live, rather than relying on the studio more.

"On previous albums, it's been exploring darker sides of behaviour. This one goes beyond that and focuses on seeing simplicity, accepting other people for what they are, rather than over-analysing people."

Whenever we write about Clinic some sour-face comes along and says they're no good. Me, I'm not sayin' owt...