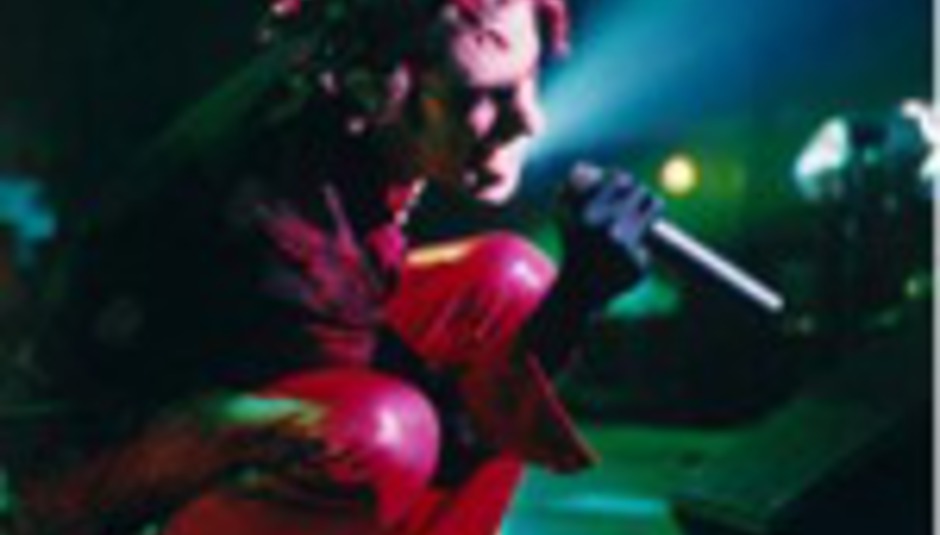 Earlier in the year, I interviewed a newly reinvigorated Jane’s Addiction, clean sober and frankly the personification of everything the band didn’t used to be. Plumes from crack pipes no longer filled the air and instead they talked of their new love of family life and waking up in the same week and town they went to bed in. Naturally, I wouldn’t wish the interminable squalor of serious drug addiction on anybody, but hell it did always used to make for good copy. Now, if only I had got to them before they ditched the clown hair. Fortunately, one man did. New York documentary-maker and all round renaissance man Carter Smith was there to capture the mayhem on camera on their 1997 Relapse Tour. And so why did Carter and his accomplice Kevin pick Jane’s Addiction to frame for posterity, may you ask? As Carter explains, “We figured they were the last true band that personified the sex drugs & rock & roll mentality. They seemed the most electrically charged band left in our generation of bands.” Whilst the ‘Strays’ era are Jane’s Addiction are still an enthralling live spectacle, there is an almost palpable sense of danger in the film, particularly from Dave Navarro who is shown struggling with his chemical demons with a devilish grin whilst talking to his girlfriend. In another scene, he’s teary-eyed at the gift of some shortbread from a fan. For ‘Three Days’, Navarro fulfils with aplomb the Keith Richards role, even down to the talk less, look cooler approach. As Dave puts it so ‘eloquently’, “there are things in my life, that, you know, I can't really articulate - I'm not a singer.”

If the shortbread didn’t get him, the class-a chemicals should’ve done. Encapsulating the spirit of Jane’s Addiction in 1997 seemed an opportunity that wouldn’t repeat itself. Carter understandably wasn’t going to miss out and after much pestering of the band’s manager, he was given the green light. “We thought that this band was the last bastion of decadent, circus style sex drugs and rock & roll. We didn't know if they would ever get together again, whether they would stay alive or whatever. We knew that that moment had to be captured for history's sake. I don't think if we went on the road with them today in support of the ‘Strays’ album, the film would be as interesting.”

Films like ‘Gimme Shelter’ and ‘The Filth And The Fury’ have tackled bands who pursued the rock & roll template to the letter. Insatiable drug habits, the inane wittering pretentious lead singers (recast in their own image as Byron or Richard III) and most disturbingly the spectre of murder, it would seem difficult to make a bad film out of such mayhem. As Carter explains, a great rockumentary is almost utterly dependent on its obvious most foremost ingredient, a great band. “I know it's personal opinions but, a one hit wonder pop band will probably not be as interesting as a long lasting, important band. All the classic music films that we still know today were of bands of this nature, Led Zep, The Beatles, The Stones, Dylan, Abba even! I want to learn about the band I'm interested in. I don't want to see a concert footage only movie. I want one that wants to learn about a band on the road, warts and all.” Thankfully, ‘Three Days’ has little of Led Zeppelin’s fantasy sequences from ‘The Song Remains The Same’ – no parading around in Tolkein fantasies whilst casting up the black magic of Aleister Crowley (or at least whilst the cameras were rolling).

‘Three Days’ instead captures the very contrasting personalities of the band. Drummer Stephen Perkins seems content to be the sensible regular muso guy and the ballast of the band, Perry Farrell however is a revelation. Whilst on stage (and as the film shows the band were always incendiary performers), he may dally with sapphic stripper-girls, off-stage he seems a very much thoughtful and reflective man. He may ramble off into nonsense rock-star talk on occasion (and teeter very close to a Spinal Tap foot-soldier), but he’s certainly a complex character, as comfortable meditating on existence with his rabbi as partying up at the Playboy Mansion. Whilst the fireworks of their first two albums may have unsubtly hinted at their unadulterated hedonism, the film helps to colour in the subtler shades. “We were interested in showing who the band was, like a fly on the wall. We shot with small hand-held cameras which makes the subject feel more at ease with the shooter, they don't feel like they're talking to a big camera, it's more like talking eye to eye.” Getting to Perry to stop talking was likely more of a challenge.