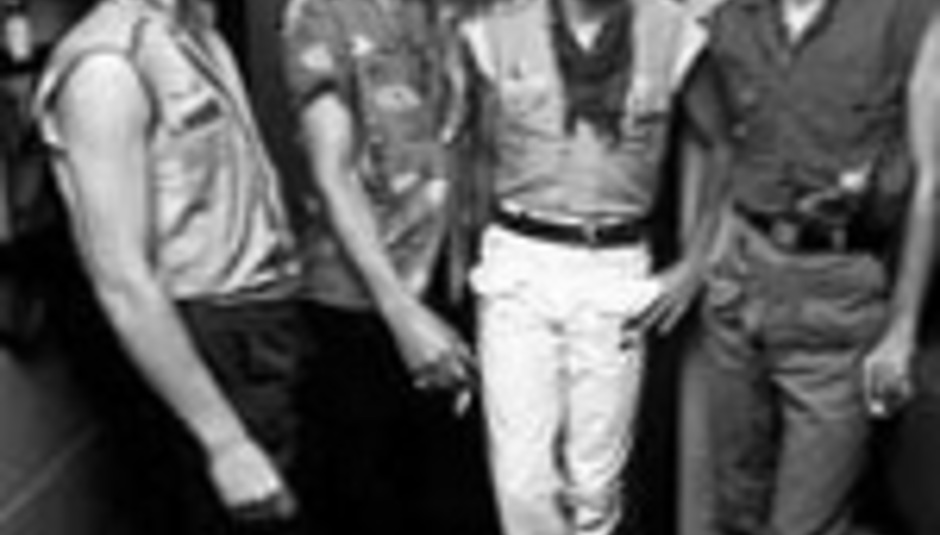 A career spent living, breathing and continually obsessing about your deepest passion. Well, it seems a better option than accountancy to me. Welcome to the world of the rock biographer. For those of you with only a passing interest in David Bowie’s favourite brand of socks, maybe it’s not for you, but for people of Alan Parker’s ilk, an encyclopaedic devotion to knowing just everything there is to be known about every infinitely trivial detail about your idol just makes you ‘one of them’. In what seems a strange reversal of fortune, for him such an obsessive taste for detail has not only not resulted with a weary eyed psychiatrist glancing over his shoulders, but has also put him in the Guinness Book Of Records. “In January, I signed a two book deal with Sanctuary and both of those books were due to be released in the same week in October so I got onto the Guinness Book Of Records and had a word and they said the only person who’s ever done three books in one week before is Charles Dickens, but you could even beat him, as one of those books was just an updated reissue of Oliver.”

Together with his excellent conspiracy theory book on the FBI’s investigations of John Lennon and a book about Stiff Little Fingers, completing the record-breaking trio is a collector guide of Clash memorabilia, ‘Rat Patrol From Fort Bragg’. For a man who began his writing career at the height of the punk era, surely this must’ve been a project he was itching to get off the ground. “It came out because in 1999 I did a book called ‘Satellite’ with a guy called Paul Burgess, which was a Sex Pistols memorabilia book, just wall-to-wall collector’s stuff. Literally about three or four weeks after it was finished and in the shops, people started asking when are we going to do The Clash one and we never ever thought about doing it, it didn’t enter our heads at all. Weeks turned into months into years and I thought Clash one would be a good idea, but it’s a mad old situation because the Pistols only really made one album and yet managed to make enough memorabilia to fill four rooms. The Clash made six albums and with their memorabilia spread out, it would only cover two double beds.”

Alan became a staff writer at Spiral Scratch as a teenager but even if you are the most ardent, devoted punk fan in the world, actually collating such a trench of information must be a mammoth task. Writing a biography, you’d imagine, must be something you approach with much trepidation. How do you even begin the process? It may be a cliché, but ‘write what you know’ should be the maxim of all first writers, so Alan believes. “I’m currently reading Paul Du Noyer’s book ‘The Liverpool Music Scene’ and he said a fair thing in his introduction which is when you spend you a lot of time in our business and do it professionally, in a way you’re putting it together all your life, but you don’t know it. You might be interviewing Mick Jones ten years a go and you get one really great quote from him where you think that would be good for a project maybe, but I’ll shelve it. I’m a great hoarder. If anybody tells me something, it stays logged on a computer or written in a diary and absolutely stays there until it’s useful.”

You should not only write what you know about, but also don’t be a hack. Sucking on the corporate phallus is a big no-no. You will regret it. “I think if you’re going to write a book about anything, you have to have a fair amount of passion for it. Even in the shortest space of time, it’s going to take two or three months of your life. Worse case, it could take a year or more. I think it’s three years ago now, Plexus tried to commission me to write a book on The Verve and they were offering me massive advance money and they had a couple of the guys who used to be in The Verve who were going to help out on it, but I sat there with my agent and said I can’t do it, because I don’t know anything about The Verve. Also, it means committing a percentage of my life to a band who I have no interest in. The subject matter has got to intrigue you enough to make you want to put everything else on the side and get on with it for a huge lump of time.” Even despite Alan’s experience, there are some artists he’ll back off from. How do you get a unique angle on Bob Dylan when there are bookshelves caving under the weight of words on the great man? Not only have you got to find an artist you love, you’ve also got to try and get there first or at least try and find some new story that’ll fill the hundred thousand or so words. “If somebody was to offer a book on the Rolling Stones in the morning, I’d sooner run 500 miles without a breath than write a book on the Rolling Stones because they’re a great big huge phenomenal rock band, but there is also too much about them to know and they’ve probably been done to the nth degree by a thousand other people, all of whom have had great reviews and been told how wonderful their books were.”

A blank page can be a pretty terrifying thing to face, especially with the knowledge that there are a few hundred or so more to fill to follow. It shouldn’t be though; writing biographies about your idols should be a wonderful exercise. “You want your first book to be totally panic-free. Wake up every morning happy that you’re going to carry on writing. Your first one ought to be easy, otherwise why would you ever want to do another one?” Rather than plough through your record collection for inspiration, your bookshelf may well become your best friend. It seems hardly in line with the punk ethos, but here’s where paying attention at school may finally pay dividends. “One thing that helps is if you read a lot yourself before you even begin to do any kind of book. I probably read between fifty and a hundred books a year. I’ve always got at least three books on the go. I don’t read them in ones because I find that boring. I’ll start one, start another, start another and then read them on alternate nights.” Of course the best careers advice is to just start writing. The greatest books probably never ever got written. “My dad used to have this wonderful saying, ‘if you get up in the morning and your feet are on the bedroom floor before the alarm’s finished ringing, you’re in the right job. If you’re pressing snooze, it’s time to think about changing what you do for a living.”