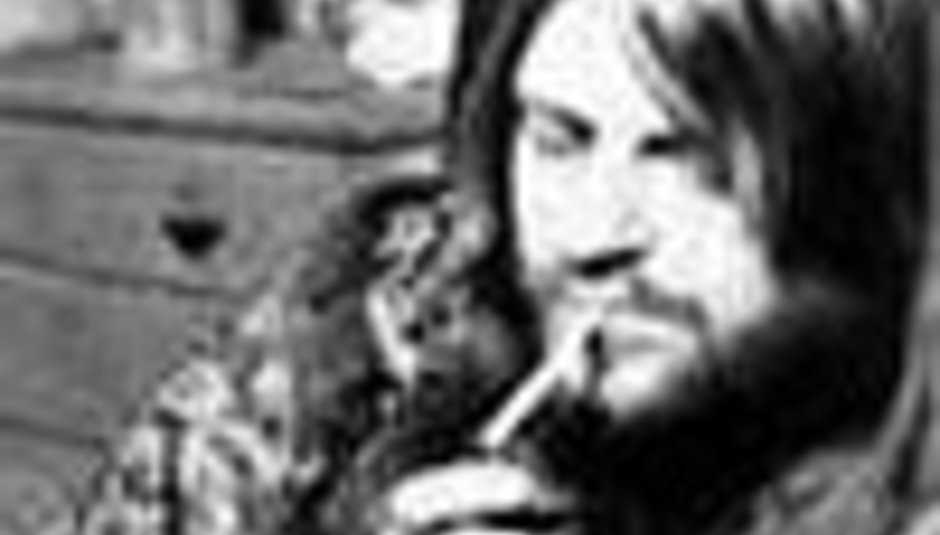 The Isle Of Wyatt

The Isle Of Wyatt

It may well be that Robert Wyatt is a little removed from the usual sphere of DIS dissemination. Away from our praise or pillory of young upstarts teetering on the verge of celebre, the music world is still awash though with many an old diamond still dusting themselves down for a burst of greatness. Under the gaze of Brian Eno, he made perhaps one of his greatest albums in 1997’s ‘Shleep’ and has since curated the Meltdown festival and spawned many an abstract outfit bathing in his influence. Interviewing Gorky’s Zygotic Mynci just a couple of years ago, I was left with little on my Dictaphone tape but a eulogy from them of the great, grizzled man. This time around, the recorded results were a little more useful to me as he told of his latest epic collection, ‘Cuckooland’. “Another long-haired git of my generation has just made a record two minutes longer. Neil Young has just made a 78-minute long one. I’m not the worst offender.” Over thirty years since his debut solo album, ‘The End Of An Ear’, Wyatt maintains his style as an avant-garde English eccentric, albeit one with a deeply multicultural attitude to music. “I’ve done three songs by other people. I’ve done a Brazilian song, a North American song and an Arabic song. The Brazilian song is by Joabim, it’s one of those Bossanovas, the North American song is a Buddy Holly song. ‘Raining In My Heart’. I just played it on piano, I couldn’t sing it properly, you can’t beat Buddy Holly at his own game.”

‘Cuckooland’ marks what must be the umpteenth album of his career, even after I prompt him for a slightly more exacting figure, he claims to be not so sure and that anything before the mid 70s is a lost in the alcoholic mists of time. As fading as his memories may be of his time in Soft Machine, he does thankfully delve back in the mental archives to tell me quite why and how he became a musician in the first place. “You had to be in a beat group then. They’d just stopped National Service, so they put on a new conscription where everybody had to be in a beat group! As I couldn’t play any instruments or read music, I became a drummer.” Perhaps then it is time to dismiss our lofty theories on god-given artistic motivations and that really necessity is the mother of invention, even if it is a little less romantic. “I couldn’t do anything else, that’s all it was. It was about six years after I left school at 16. I’d done washing-up and worked in a forest and dossed around in friends’ flats in Europe and so on. I was a jazz fan, but I couldn’t play it because it’s too hard. Beat music came along and talk about Charlie Watts, I thought anybody could do that and indeed they can and indeed I could.”

To describe ‘Soft Machine’ as ‘beat music’ seems somewhat self-deprecatory, but Wyatt always seemed to have his eye (or ear) on the more idiosyncratic edges of music. Maybe to him Soft Machine records are Spice Girl-like in their simplicity, just probably not to the rest of us. “I’m always a jazz fan, that’s where I start and end. It’s not because I think jazz is better or worse than anything else. Music of your teenage years where you discover the world outside of your own little family world and school, whatever you discover when you reach puberty, remains with you the rest of your life.” So be scared, very scared if you discovered the music of Rednex! Robert thankfully was saved such a heritage, but it seems otherwise a teenager of the late 50s and early 60s didn’t have it so different to their modern counterparts. “Out socially looking wistfully at girls and just breathing the perfumed hair in which they live and breathe in cafes on the coast, I got romantic associations in my own head with some of the records that were played on the jukebox... Buddy Holly, Eddie Cochrane, Little Richard, Neil Sedaka, that kinda thing.”

Soft Machine, a moniker inspired by William Burroughs were formed by the remnants of an earlier band, ’The Wylde Flowers’, from which another shard created Caravan. Aged 25, he and Soft Machine had parted company, a pattern that was to repeat itself. Now in the autumn of his career, he can in retrospect see how he may not be best suited to being in a group. “I formed a band, or tried to, called ‘Matching Mole’ in the early 70s and found out during the two LPs we made, that I was just as rubbish at leading a band as I was at being in anyone else’s. I can neither lead, nor follow.” Refreshingly and demonstrating a remarkable lack of ego, he also explains how his failure as part of collective knocked on his emotions. “Having being kicked out of a band, I was nervous of other musicians disapproving of me because I thought they were probably write to kick me out because they were very good. I thought they must be right and they must be wrong, I must’ve kicked myself out of myself.” Of course also at this time, Wyatt was to suffer the tragic fall which had since left him wheelchair-bound, something which must’ve finally forever shaped his career to individual idiosyncrat. “I like to work like a film director really where you just have the people for that project. It seems more sensible than being in a group where everybody has to try and fit in with every song. It always leads to tears; you only have to look at the history of any group. It’s a biological absurdity, isn’t it, four young men getting married!”

Whilst a four-man marriage very well be a ‘biological adversity’, marriage itself has provided a rich creative source for Robert. “The last three LPs I’ve done, Dondestan, Schleep and now this one, Cuckooland, I’ve worked with my wife Alfie. She writes half of the lyrics and sometimes quite a lot of the music and then I write bits and pieces and then we do some bits by other people.” With a seemingly undiminished muse, although this at the moment seems at least partly fuelled by a need for repairs on his Lincolnshire retreat, ‘Cuckooland’ looks likely to be succeeded by many more records to come. “I’ve got bits of papers all over the place and bits on tape and DAT. They’re like little viruses hanging around waiting for a body to attach themselves to.” Whilst his artistic offspring may indulge in the kind of pastoral whimsy more suited to his kind of countryside, Robert himself as much embraces music from the inner city. “I like some black British pop at the moment. Ms Dynamite is pretty meaty. She’s musically right on top of it. I like the much-maligned So Solid Crew. I think black London is steaming at the moment.” For a man so rabidly political in his career, with his musical critiques of war and racism, one may imagine he’d represent himself as a more potent political force or at least some form of conduit. Not in the slightest, Wyatt knows it’s the tunes that hook you in and is still in awe of music’s primal powers. “When you’re writing songs, what is in your mind or what is in the papers at the time, comes to the surface. It starts out as an animal instinct thing, trying to make sounds that appeal to yourself.” Like a cuckoo maybe?