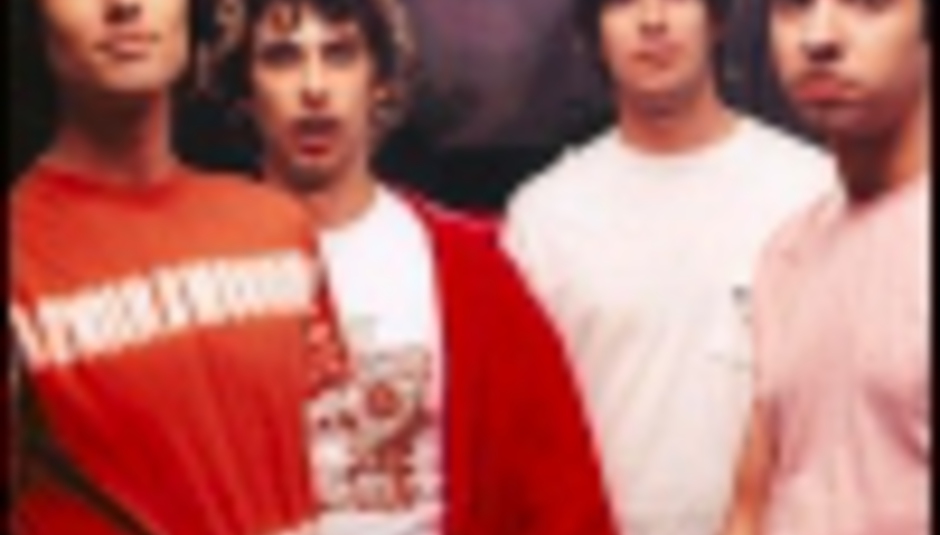 All The President's Men

All The President's Men

Formed in San Francisco by friends Vito Roccoforte (on drums) and guitarist/singer Luke Jenner, five years ago, The Rapture have been touted as a disco Strokes, a collective with the swagger of garage punk upstarts and the sass of Studio 54. Now invariably primed as hip, cool and ‘most likely to...’, they’ve grimaced through personnel meltdowns, life in the indie wilderness and now they must face that most precipitous of all hurdles - having readers’ questions fired at them, courtesy of Drowned In Sound. Luke’s a game guy though and even after a hefty wadge of interrogation and promotion, finds time to settle down in his hotel room for six of your best.

I bought your ‘Out Of The Races And Onto The Tracks’ CD the same day I bought ‘Doc At The Radar Station’ by Captain Beefheart so, to me they’ll forever be linked, but is influence for ol’ Don in your music or just in my head? (David Dickie)

i) Stone Roses or Happy Mondays?

I only got into them after they were both over, plus I’m not a Manc, so to me they’re both just good bands with different things to offer.

ii) Gang Of Four or The Clash? (Christopher Alcock)

I think I like The Clash better, but again they’re both good bands, but I’m not that in to choosing or comparing bands that much. They (The Clash) wrote really great songs and they had a couple of different songwriters. I like that they were really experimental, but they also tried to write pop songs.

Would you ever consider a duet with Debbie Harry? (Robert Davies)

A duet! Only if we can sing ‘Stand By Your Man’, something ridiculous like that. Usually things like that don’t really come off very well. I think good music is borne out of being really comfortable. I don’t think that you can get that comfortable with somebody that quickly. We’re still getting there. It’s a process. I think once you reach that total comfort level, I think your band’s over. Hopefully there’s a lot of time to go through before that yet.

How did it feel to play in Ibiza for loads of people going mad, especially when in the UK the band is seen as very ‘hip’ and people are more interested in posing than dancing? (Karl Surmacz)

More dancers than posers?! Yeah, I guess so. It was just really good fun to play Man-u-mission and we had a good time and it was something that we’ll probably never do again, but it was good to go there. I don’t view our fans as posers. A lot of times we get typecast as this hip band. People come up saying ‘how do you feel having all these hipsters as fan?’, but to be honest I just see people as people. I’m not really interested in being hip.

How did you get Bez onto the stage with you at Glastonbury this year? (Gail Munday)

We just invited him. He came down with his friend Winker and he’s just this really excellent guy. I’m a huge Bez fan. I have Bez’s autobiography and I just think he’s a genius. We definitely went after him and tracked him down to get onstage with him.

Did you get the inspiration to do a gig on a boat from the Sex Pistols or because the opportunity arose? (Ollie Hargrave)

No, there’ll be no Queen slagging-off. I think it was just our record label said ‘right, you can either plan in-store at Virgin Records, or something or you can play a boat. So obviously we chose playing on a boat.

Spotlight off and Luke dusts himself for another day of rapturous attention tomorrow. With their debut album ‘Echoes’ now just weeks from the stands, after five years of hard graft, though he can probably afford to kick his slippers on for one night at least.