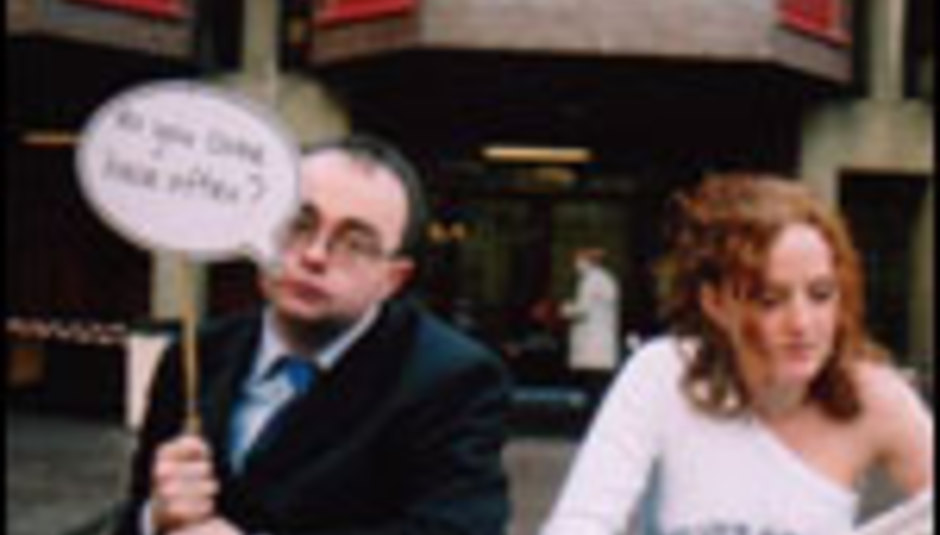 by Andrew Farley August 20th, 2003
Some people don’t worry about anything. They go through life content in their surroundings, have piece of mind and don’t ever let their concerns manifest themselves. Others take a more concerned approach. They think about things – and when they’ve thought about them they think about them again. Rhodri Marsden – the impressive lyricist who essentially is the Free French, falls into the latter category. His lush pop songs are full of insightful wit and wisdom into his everyday world. This unabashed humanity never fails to escape you when listening his XTC-esque melodies – but how exactly did Mr Marsden come to write songs and become the Free French?

“I’ve been in bands since I was 17”, he explains. “I’d never been in band for which I wrote the music. In that time I’d always written songs but I’d never really had an outlet for them at all – I was way too busy doing the Keatons (one of Rhodri’s previous bands). Then I got together with the singer of the Keatons called Kev and we started doing some stuff, but it never really came to anything.”

But it wasn’t until one late 1990s summer that Rhodri finally got an inspirational burst of meteoric proportions and decided to ditch most of his previous material and start all over again – alone. “I started writing new songs and realised they were better, so the old ones got put in the dustbin. I was just like – for fuck’s sake – I’ve been dithering for years – just get on with it! – So I did.”

The bedroom recording sessions were moulded into a complete album entitled 'Running on Batteries' and is full of subtle humour, tales of woe, romance and immense beauty. One of the album’s highlights, 'Do You Come Here Often?' - a My Life Story-esque guitar pop gem – was released as a single but failed to pick up airplay, thus confining Rhodri, like so many bands, to a small niche wilderness. Those who subscribe do so with passion – a guy called Herman has his own sporadically updated online chart that the Free French seem to constantly figure top of! Lack of airplay is a problem that’s still with the Free French on the new record, cleverly titled, 'It’s Not Me – It’s You'. “The state of radio is absolutely appalling”, he asserts. “It’d be nice if it had been featured in more places – there’s just a huge, huge amount of product out there, so it’s a problem. The internet is the only way you can make a dent very, very slowly – it’s hard but you’ve just gotta keep chipping away”.

White men with guitars is hardly cool at the moment. There was a time, back in the baggy haze of the late 80s and early 90s that people couldn’t get enough of it. Hell, people even bought Shed Seven records. “The thing is, it’s [indie music] got such a bad name because the majority of it is just so dull. I’ve never been someone who’s extolled the virtues of jangly indie guitars for the sake of it. I’ve lost count of the number of bands through the years who I’ve just thought, ‘Shut up! – You’re doing nothing vaguely interesting at all’. At least we’re trying to put a different spin on things – we’ve got our Todd Rundgren-y electric piano thing to ours.”.

Success is far from the be-all and end-all for Rhodri, however – he’s a man who’s worked in the music industry for a long time, been in and out of bands and helped out others. He knows how difficult it is for the indie to survive. This knowledge and experience has taught him a new-found resilience and improved his creative process, however. “I’m old enough to realise that the whole kind of explosive interest is too much to hope for – and even if I did receive it, it would probably back-fire. All the naïve optimism has now been replaced by something far more healthy – something far more focused on making good records”. And that, essentially, is what the Free French are all about. If it’s ego and image you’re after then please look elsewhere. If you’re in it for the music, however, make sure you check out Rhodri’s latest offering, 'It’s Not You – It’s Me' as soon as possible, and contribute to saving a dying profession – honest, life-affirming assured pop music. To paraphrase a recent famous, less than indie advertising slogan: Try it – what’s the worst that could happen?

'It’s Not Me – It’s You' and 'Running on Batteries' are out now on hitBACK records.