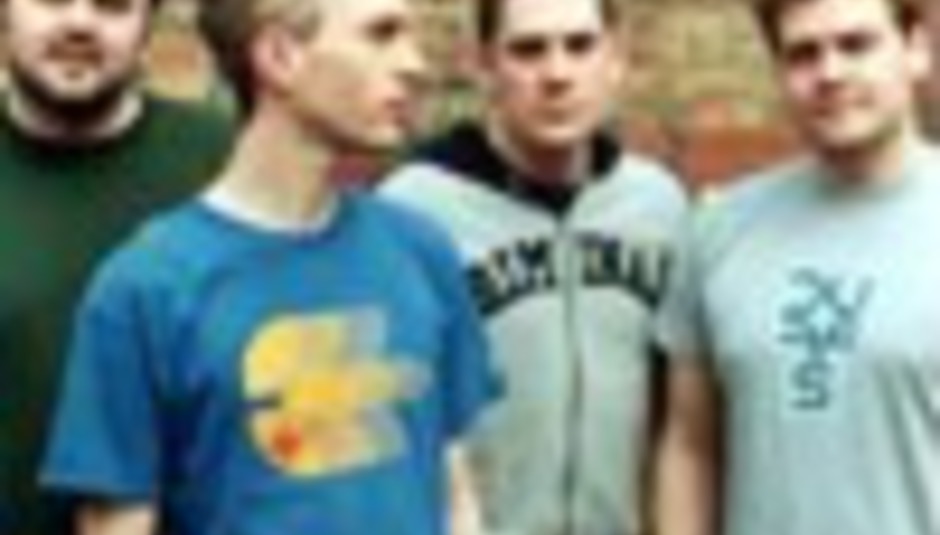 The release of another slice of ‘Vehicles & Animals’ sees Athlete in fine fettle. Awash with big choruses and bontempi keyboards (possibly), it’s a record that has divided some critics. A few damning critiques have nestled amidst the many euphoric eulogies, but if being the marmite of indie doesn’t ruffle them, will anything? They’ve survived obscurity, a previous life as nearly-ran Britpoppers and a fixation with flea market shopping for old keyboards. The moniker Athlete could hardly more appropriate. As resident tub-thumper Steve Roberts declares, “most of the reviews have been really good and the idea of having a record in the shops that people go and buy is like a dream come true.” The album itself though has been far from a rush-release. Their first EP came out on Regal Recordings, home of the Beta Band amongst others, in 2001. Since their initial foray with ‘Westside’, they’ve also changed labels and generally, it seems, made life as difficult for themselves as possible. “The way we ended up making a record was slightly the wrong way round from what other bands do. When we signed our record deal, we’d written a whole load of songs, but we knew we could a whole lot better. A lot of it was only written at the end of last year”.

Last year’s creative burst has yet to burn out and with two songs already written for the follow-up, work has begun in earnest for their sophomore effort. “We’re straight into writing again now with any spare time that we get, we want to put another record out as soon as possible.” Gadding about supporting REM and firing up the summer festivals is proving to be the only fly in that ointment, not that it seems such a unpleasant way to waft through the summer. “Because we’re away so much, we’ve all got little things going on our laptops and we’re trying to work out a way of writing when we’re on tour.” Unlike many an indie collective though, the task of crafting another dozen indie gems falls on all their shoulders, with unusually all of Athlete writing both the words and tunes. “It’s a democratic band, it’s not really about one person’s point of view or one person’s experience. We try to make the music represent all of us.“

Sitting in the swiveling leather chair for the sessions last time was producer Victor Van Vugt, a man who seems destined to feature again. “We really, really enjoyed working with Victor last time and we’ve got a really good friendship with him now, but we’re open to trying out other ideas as well. It’s the first time we’ve ever worked with a producer, so we’ve only got that one experience of it, but I’m sure Victor will be involved with next record, at whatever level.” Whether they can tempt him away from the more refined polish of Abbey Road and Ocean Way for the rustic charm of Deptford, well that may be another matter. “We’re thinking we’d like to record as much of it at our own studio as possible, give it a homely feel.” Though that will be a homely feel awash with strings section and buffeted by brass, if Steve has his way.

Amidst Athlete’s low slung indie tunes are an ever present burble of weird and wonderful keyboard sounds, something that was in part a reaction to their infancy as Cub, before Tim joined. As Steve recalls, “because we were in a rock band previously, suddenly keyboards were really, really exciting for us. We all starting buying keyboards and we’ve got a massive collection of Casios that cost a fiver from the flea-market around the corner.” Whilst Cub may have not elicited the success the fully grown Athlete have, the then-trio’s early brush with industry machinations jolted them enough to make them seriously rethink what they were doing. “That was a band that three of us were in for a couple of years. We spoke to a few record companies at one point, but I don’t think we ever gave the music we were doing loads of thought. It came to a point when we suddenly thought we should really take this seriously and we realised that it wasn’t really the music that we wanted to make.”

Whilst it has been alluded to in a few articles in less salubrious publications of the more romantic tale of Cub ripping up record contracts (ideally in the front of label execs faces) and wandering off in the wilderness to be reborn, the truth is just a touch more pedestrian and filled with less biblical imagery. “There were no deals, we did demos for record companies, started having meetings, but fortunately we realised that for us, that wasn’t where we wanted to be at.” Where they actually wanted to be at was in fact several thousand miles and the Atlantic Ocean’s distance away. The inspiration of the Flaming Lips and Grandaddy were who they looked to. “It was those American bands that seem to try lots of things out, aren’t afraid to write uplifting songs and are interested in electronics as well. It’s their attitude to music and making records, I think, that they’re always ready to move on and really try to stretch themselves creatively while still trying to write honest, melodic songs.” Such feats don’t seem to be out of Athlete’s reach.