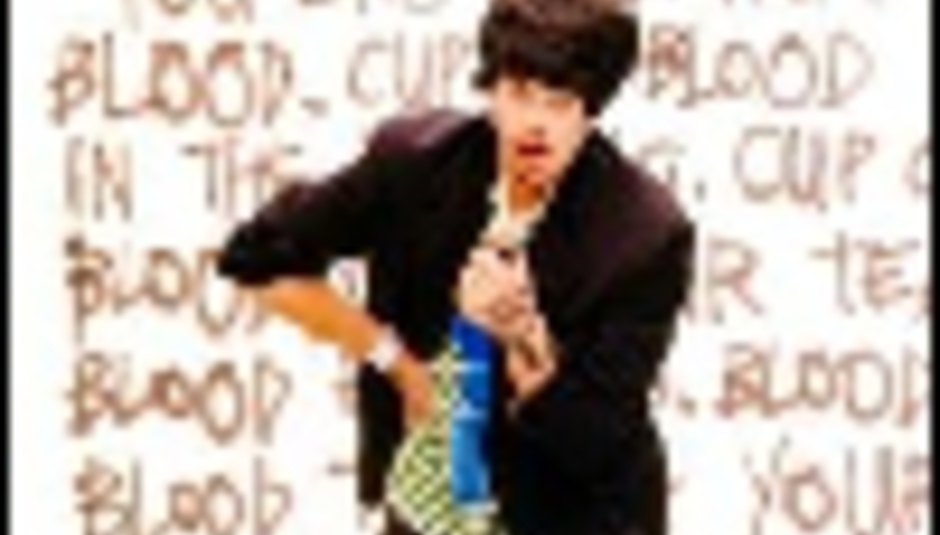 by Chris Hilliard May 31st, 2003
Australia’s The Sleepy Jackson are about as hard to pin down as mercury. Just when you think you’ve got their number, with the delicious psychedelic swoonery of ‘Good Dancers’ on their ‘Let Your Love Be Love’ EP, they sucker-punch you with some snippet of something that sounds just a touch ‘hell-bound on the trail’.

Luke Steele is their chief singer-songwriter, their helmsman and from all intents and purposes, he is the Sleepy Jackson. “This new band’s only been going for eight weeks, but I’ve been a main member for about five years. I think they leave just ‘cause I’m a bastard, y’know. I’m starting to work out that I can do a lot more myself rather than asking other people to and it gives you the freedom of having a bit more direction.”

From Perth, Western Australia, arguably the world’s most remote city, the isolation has helped to craft a sparse, atmospheric feel to their songs which has much in common with another band from the same city, The Triffids... or at least that may partly explain the Sleepy Jackson sound. “There’s more space, there’s only a few things to do, but I’ve found the best way to get inspired is to watch really crap bands and there’s quite a few on tour. There’s just a lot of Sonic Youth-esque, Emo punk bands and there’s a really big covers band scene so whenever you go out you can get really inspired by it.”

A keen film-buff, Steele has already scored a few indie movies, but whilst his music may suggest road-movie panoramics, his own video collection swerves in a whole different direction. “I don’t know if you’ve seen ‘Chocolate Girls in Zombie Land’, its a b-movie horror with all the make-up, the fashion’s like Thriller.”

For a man with such schizophrenic approach to record-making, he unsurprisingly has a whole feast of other projects buzzing around his head. The compact classicism of a ten-track album, full of radio friendly singles seems to hold little favour with a man in love with eclecticism. “I’ve only got about thirty records I want to make, I’m going to do one with Daniel from Silverchair and going to do an electronic record. I want to do a Justin Timberlake/Britney Spears big gospel commercialised record, a country record, a summer Beach Boys record, a Pet Sounds record... the new record after this one is going to be like Pet Sounds and electronica hopefully.”

The debut album ‘Lovers’, recorded in Australia with Jonathan Burnside producing may be the most conventional record they make, yet its still an ode to the adventurously spirited. “We got a six piece kids choir, three kettle-steel players, a pedal steel player, we had a Japanese girl who did a little rap.” The Sleepy Jackson seem to be thriving on the opportunities thrown to them, some of which they credit to the media frenzy surrounding their compatriots. “The Vines thing is good for everyone, it was a bit of a plateau. Everyone could get in the tour-bus and take it over a bit. NME were looking at other bands. Music goes in those circles and if you just happen to set up at the right corner of the roundabout, you could get picked up.”

One may imagine that many record labels would be reticent to tango with a band as likely to release a ‘Metal Machine Music’ as a ‘Revolver’, but that couldn’t be further from the truth and Luke has the rumbling belly to prove it. “The amount of money that was spent on having lunches with me to talk about the songs and wanted to do added up could have bought my next record, I reckon. We said we don’t sign unless we do our own artwork, we get to produce it ourselves, do blues, jazz, rock electro... We signed on a Radiohead-y basis.”

The fat cats can probably breathe out a little though, as despite a heaving tour schedule in venues which Luke credits as having a touch of ‘Blair Witch’ about them, a new record is already starting to take shape. “We’ve already all got five tracks for the next record which is pretty good. We’ve got a good way of working on the bus, we’ve got an 8-track, a few good mics and a few acoustics and we all work pretty well on the road.” Thumping around their ‘Vampire Racecourse’, that could be just as well, as they’re going to seeing a lot more of it this year.