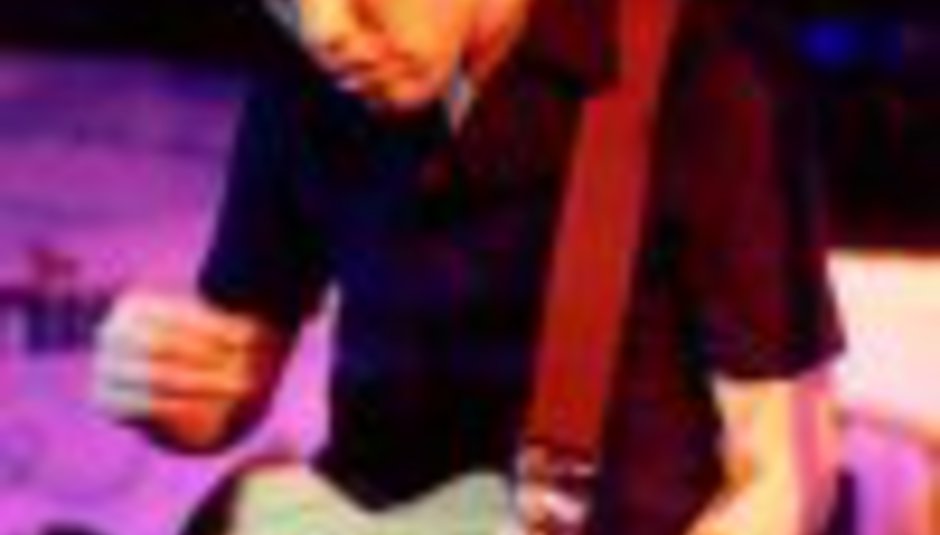 by Colin Weston March 5th, 2003
The dust has settled and the bands are confirmed for the first Dis gig in Essex!

Admission £4 (or £3 with a flyer or Drownedinsound badge!)

Antihero sprung to err.. fame when their self financed and released CD single 'MTV' was picked up by Radio One DJs John Peel and Steve Lamacq, since then they've released several singles on Integrity Records, the latest being 'Stravinsky Gave me Nightmares'. They've gained a huge amount of press, including a mention in a NME feature alongside the likes of Ikara Colt, The Cooper Temple Clause, Hoggboy and labelmates Miss Black America.

Their sound is punked-up lollipop rock with a hint of a hip-hop R&B influence. It owes as much to each member's very diverse tastes as it does to American influences like Everclear, The Smashing Pumpkins, The Pixies, Nirvana and, closer to home, the likes of The Beatles and Blur.

"Emotional but furious guitar-toting tykes." Time Out
"Heroic. What more could you want?" John Peel
"My favourite buzzband right now. We'll be hearing a lot more from them." Steve Lamacq

The Crimea, formed from the ashes of Welsh punksters The Crocketts, released their debut single 'Lottery Winners On Acid' last year through the Shiny Beast label. Since then they've picked up numerous plays on Steve Lamacq, John Peel and Xfm, plus received rave reviews from many sections of the press including Kerrang, NME, The Fly, etc. Lead by Davey McManus, they bastardise folk rock and write songs no one's ever nearly written before.

"The music veers from the perfect hooks of Elvis Costello and The Pixies, to the rawness of Neil Young." Kerrang
"You can see the Crimea now - scuffling along Camden backstreets, behoilsting a drunken Flaming Lips and spouting to a young Bowie." The Fly

"We have been waiting for a band to fill the void left by Twist, this could well be it!" Drowned in Sound

The Broken Family Band hail from Cambridge and are culled from various indie bands, Hofman, Too Many Zeros, Dr Xadrez, Gwei-lo, Hairdresser and Skinrush. Much loved by John Peel, they combined all their influences to produce a unique sound that is at once bluegrass, punk, drone rock and luscious psychedelia. They've previously supported The Frames, Goldrush and The Mountain Goats plus more recently The Thrills at a Xfm X-posure night.

"There's a hint of Will Oldham, but the songs on this mini-album reference more mainstream (and less country) fare as well. The Perfect Gentleman manages to hint at the Stones, the Pixies, Weezer and Grandaddy." The Sunday Times
"More tumbleweed ballads from the cactus strewn streets of Cambridge. British alt. country Anglicana, if you will is a rum old thing, but when the only way is down you can't beat it." NME

In addition to that, there will be a mini CD sale (well, me with a table and a clear out of my back catalouge) as well as the privelige of meeting me and James Moore. What more could you ask for???