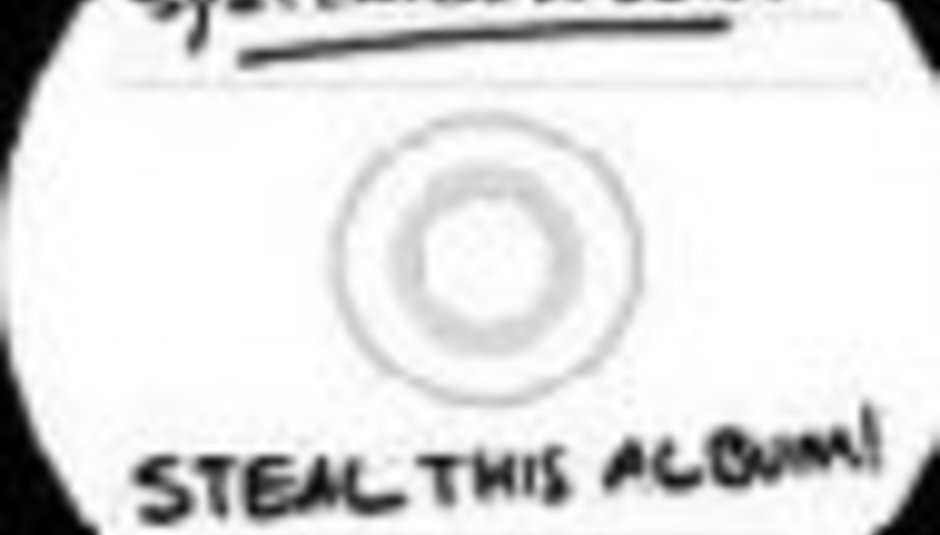 Don’t dare do as System of A Down suggest. They don’t want you to actually “Steal This Album“. They need you to buy it.

Like many new CDs, their new album is copy-protected with Key2Audio, some new form of copy protection that means that your CDs don’t play in your CD players, DVD drives or PCs, and if you don’t like it, you don’t get your money back.

No other industry would have the arrogance and ignorance to sell faulty products to the public and then deny us the right to use them or even get a refund.

EVERYONE IS A THIEF

In their eyes, every single consumer is a thief. Irrespective of the fact that people buy millions of records every day. Despite the fact that everyone who buys a records can download it and then burn onto a CD without any cover art, packaging, or extras. (just the new ‘no-frills’ packaging of the new System Of A Down album)

About a third of people I know don’t actually own an audio CD player. They play it on their PC or their DVD player. If they buy CDs that don’t play - CDs that when placed into your PC might crash the computer so completely it needs to be taken apart by engineers to prise the CD out - they’re not going to buy CDs again.

Why, when the most sophisticated anti-copying devices can be defeated with a felt pen run around the rim of the CD, does the industry persist in excluding and insulting its customers?

Anti-copy protection is costing the industry sales. It’s that simple.

The industry is clutching at straws here. It’s not the fact that MP3 and file sharing devices exist that causes the lack of CD sales. CD-burning is the new home-taping.

It hurts me to agree with him, but for once, Bono was right:

“They say that home-taping is killing music, which is bullshit.
Bad music is killing the music industry.”

BAD MUSIC IS KILLING THE INDUSTRY

In their race to outlaw everyone from doing anything they can’t control, the industry is treating us all as criminals. Failing to grasp the real reasons why CD sales are plummeting. Looking for a scapegoat for its own stupidity.

Because the Music Industry ISN’T giving the public what it wants. Denial ain’t just a river in Egypt, baby.

Every time the industry launches some new boyband, all it is a shortsighted profit-geared moneyspinner in a business run by accountants. And it costs the industry a fortune. Which means we pay to be peddled rubbish we don’t want or need.

There just aren’t that many people who are so keen on music they have to go out and buy a record every week. CDs are poor value for money - £13.99 for (at most) 80 minutes of music. And DVDs, which hold up to 6 hours of video, cost £17.99 or less. The industry is failing the customer.

No longer will the industry allow steadily selling bands like U2 or REM to come up through the ranks. They’ve got to make a return on their album or they’re sacked. They’ve also got to make enough profit to pay for every band the label signs that don’t make any money.

For every ream of faceless, meaningless commitee-written crap that’s thrown at the shelves, there’s a great band plugging away in obscurity. A great band that could, if only the industry wasn’t focused solely on prising pocket money from teenagers and bored middle-aged mothers, become the next great rock band.

A market will only buy what it wants. Declining CD sales mean we don’t want the music they try to push us in the shops.

MP3s are the best form of publicity there are. You don’t need to be told what you like by MTV, ITV, or Radio 1. You can download it yourself. Power truly goes to the people. And that’s what frightens them.

And with a proper business model for MP3 downloads, the industry can prosper. Why not allow PC-users to download their own ‘watermarked’ tracks, legally, for a fee of say 50p per song?

The industry need not worry about home taping then. There’s no revenue to be stolen. You buy the song. And it can be any song. No need to worry if it’s deleted, out-of-print, hard to find. It’ll all be there for 50p a throw. Everyone wins. The public get to choose anything they want. And the industry still gets royalties.

But the problem is the industry is scared. It still wants to sell us shiny little overpriced discs, own the means of production, dictate the market to us. It won’t succeed. For everyone with a CD burner owns a factory.

TECHNOLOGY IS DEMOCRACY : THE END OF THE DINOSAURS

It’s time for record companies to realize that their days are numbered. Their time is running out. Adapt and survive. Evolve or die. The companies are dinosaurs. Slow to react, stupid, and in danger of extinction.

Bands will market the music directly to the public. Pay a fee, get the song. No record company. No middle man. No bloated corporation stealing from the artist and the public.

The Electronic Revolution is here, and technology always wins. It’s up to the record companies to decide now if they want to live or die. Because we’re going ahead anyway, with or without their permission.