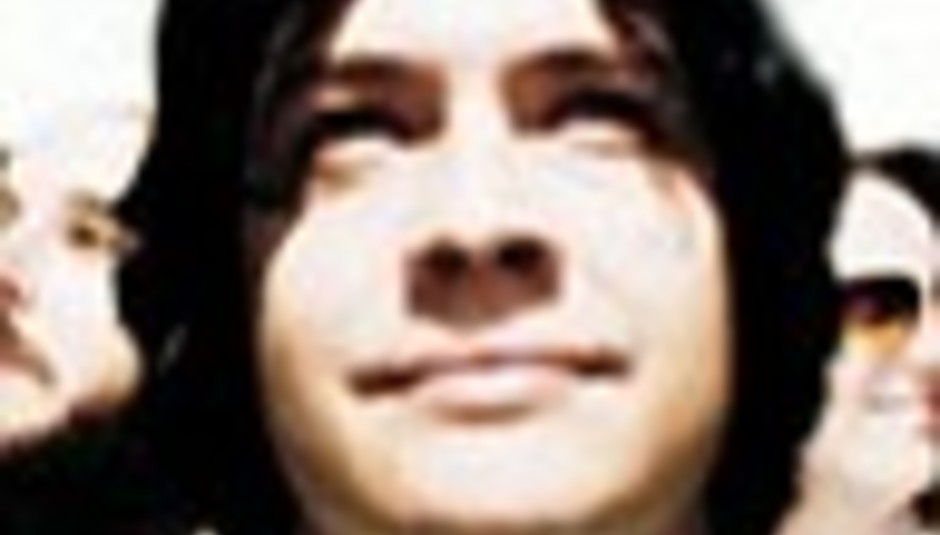 "I can see us becoming a musical"

"I can see us becoming a musical"

by Liane Cameron October 22nd, 2002
The friendly concierge asks me what I was doing here and smiles politely: He will get the band down for me in just a second… My eyes widen considerably:No, not all 24!...
Luckily, I get waved into reception, and meet just Tim Delaughter, the mind behind and accidental frontman of Texan joy phenomenon the Polyphonic Spree. He's looking a little tired but very friendly ("It's been a long day!") as we sit down in an empty dining room.

If I'd just crashed to earth today and knew nothing about music, how would you describe the band's sound?
I would say that if you wanted to experience celebration, in all senses of the word, then you would go and see the Polyphonic Spree.

And how did you come up with the idea for the white robes?
It's weird, but you know how you just mentioned spaceships? Actually I had one of those land in my backyard, and they made me wear those robes.

Funky. Did they colour-code the hems for you, too?
Yeah, they did, we wear them to let them know who to pick up.

Well, having been in a spaceship, you’ll know all about confined spaces. How do you deal with the sheer size of the group, for example fitting all of you onto the modest stage at the Camden Monarch?
That wasn't really so difficult. A couple of people had to get on the floor, we did extend the stage out about 2ft, and we were all kinda like this (makes sardine in a tin expression). But we were all able to rock out and it was really cool! It's other people around the situation that tend to say "Oh that's never gonna work", but what's unique about the group is that we just always find a way. Say someone gave you a kick-ass piece of furniture, but it seemed too big or the wrong colour combination, if you really love that piece of furniture, you'll find a way to work it. You can use that analogy with everything.

You mentioned a special gig at the Knitting Factory in NYC in the sleeve notes of the album. If all shows are celebrations, what makes one gig stand out?
We haven't really played many shows as a group. We've been together for 2 1/2years but most of our experience at the time of writing that was in Texas, mainly Austin and Dallas. We'd kinda exhausted out audience playing back and forth there and hadn't experienced any other place. We played a great show in the UK, and flew to New York, having never been there before, didn't know if anyone had heard of the band, but 8 shows had been booked and we were kinda nervous if people would come! All 8 shows sold out though. At this particular one, a band I love called the Danielson Family opened up, so that was a highlight for me already, and when we played the crowd literally went crazy. I mean, we finished one of our songs and they kept singing. Really, really loudly, like a football game. We just looked at each other, it was freaking everyone out! But it was amazing, we'd never experienced that kind of enthusiasm from an audience before.

Can you tell me what Track 10 on the album, "A long day" (A 15m minute series of mmmh-sounds in different keys) is about?
Yes, those are the tonal affirmations of the space tribe that came to my back yard.

You’re saying it’s a code?
It's a code. If you play that at high volume at 4.15pm then you're open to having one land in your back yard, too.

Presumably only on a Tuesday...
That's right, has to be a Tuesday.

Fair enough! More about spacemen: how did you end up playing David Bowie's Meltdown Festival?
The group played in Texas, at the South by Southwest music festival, and there were a handful of people from the UK in the audience. When they came back over here, they talked about it and passed our record around, and so one got to the people at the festival. We get a phone call to come and play David Bowie's Meltdown and we're like "WOW!!". Eventually we found out he was a fan of the group, the bill had already been set and they just added us on there. It was very flattering.

You play his "5 years" as a set closer, and also recorded it as a B-side.
Yeah, we did, and we do. Actually, there's another record, his very first one titled just "David Bowie", you gotta hear that record! There's going to be some songs off that we're going to cover that my trumpet player just brought up today. We listened to them going "Oh my God!"

Sounds good. One final question, the album title, "The Beginning Stages of..." sounds fairly evolutionary…
Yeah, someone asked me a few days ago where the band was going, and I honestly cannot tell you. We started it all about this sound, and now with this many people involved in celebration it's evolving as much for us as it is for the audience. We get called "happy band" or "religious" but that was never the intention. I don't know what's going to happen eventually, I can actually see us becoming a musical! (Laughs) It seems to play itself out that way, kind of doing it's own thing. It's going to be interesting being in this band!