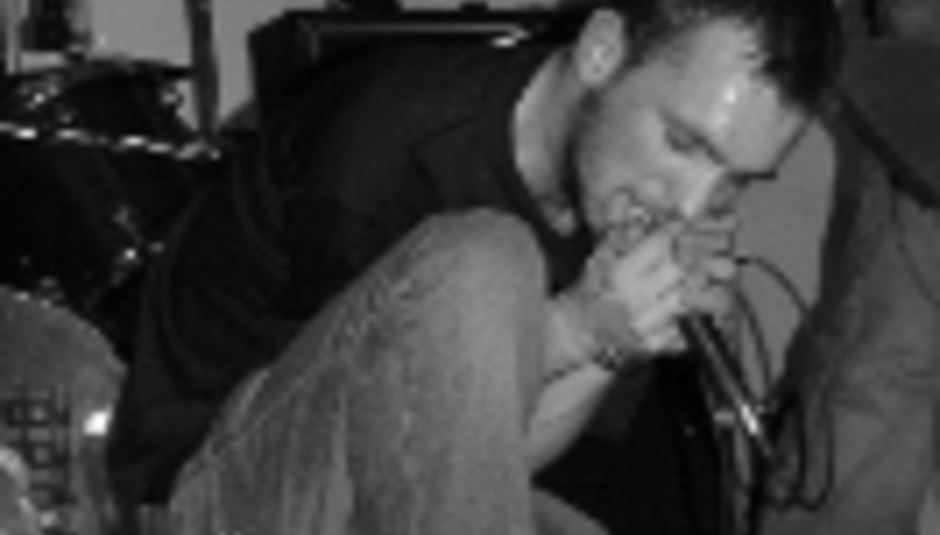 "There’s nothing fake about us"

"There’s nothing fake about us"

by Stephanie Mills October 3rd, 2002
You all know who Laconia are, right? No? Oh dear…you don’t know what you’re missing out on. Shall I explain?

Laconia are Scott Cavagan (Voice), Martin Collingwood (Lead Guitar), Martin Hudson (Bass) and Henry Wu (Drums). They are young, they are fresh, they are politicised and they want to take over the world. Feel like you’ve heard it all before?

Martin H: It’s always going to be hard to avoid clichés, but we just get on with what we want to do.
Scott: We want to be the biggest fucking band in the world...there’s too much shit around these days. We are saying and doing nothing but the truth. There’s nothing fake about us...

Maybe they are not one hundred percent original, but what is anything really brand new these days? From speaking to them I can sense the determination they have. Together for nearly a year now, they’ve already managed to make quite an impression around Newcastle, as well as wowing the people of London a couple of times.

Who be your main influences?

Martin C: Guns and Roses, Metallica, Sepultura.... Pantera...White Zombie...Megadeth…and some softer stuff, say Eva Cassidy...
Martin H: 3 Colours Red...Manics...Nicky’s Eyeliner does a lot for me...Ken Potter (bass guru) big up yeah! The lyrical content of the Holy Bible by the Manics
Scott: My influences would be the Manics and stuff like Clash, more for the history than anything else. When I say Manics the obvious thing to say is they have so much lyrical genius, which is fair enough, but for me its purely musical...I just love heavy guitars, kind of crazy stuff...anything with great melody.

What are your aspirations for the band?

Martin H: I think Scott summed it up when he said we want to be the biggest, for me personally it’s to be recognised by all the fuckers I went to school with, I want to show them who I am and not who I was then.
Martin C: I'm trying to think of who I'd want to hit most and get away with it, although Liam and Noel seemed to do good job with James Walsh...otherwise to get up and play and feel satisfied with what we've achieved...and pay of necessary debt in the process...and just to fuck lay lo mo
Scott: It'd be the biggest fuck up of all time if we didn't get anywhere, we're happy making music for ourselves; I just want to get the music to as many people as possible, to destroy this fucking hole where we’re surrounded by bands like Travis and the Stereophonics...and the whole nu-metal thing...make music more passionate and not the fashionable accessory its become.
Martin H: In 10 years time, if I’m stuck behind some shitty desk or mopping floor in the local Aldi super market and the only going is the Laconia club tribute band...to be upset would be a very big underestimation
Scott: I'd probably kill myself if it came to that...

Describe a Laconia live performance for me

Scott: I think our recordings are different to the live show, but in away I prefer...it'd be poor and a rip off to stand there and play the recording note perfect.... when we play live we're getting into something we put everything into. I want to make people leave our shows and think 'yeah they fucking put everything into that. They meant it'
Martin C: Describe a live Laconia performance...to sum it up...Henry bashing the shit out of his drums...Hudson jumping up and down...smashing his bass off the floor.... and you've got Scott jumping up and down in tandem with Hudson giving it their all...and there’s me standing at the side of the stage soaking up the energy...just feeling the passion and believe on stage.

Earlier this year the band recorded some demos that they’ve now put up onto the Internet. The band are not certain where they stand when it comes to the music sharing debate:

Scott: It pissed me off when Lar Ulrich stopped me downloading...seriously though there’s a man who has millions of dollars and a band like us trying to get noticed, is the perfect way. We’re in the position we're we want everyone to know about us...and the internet has done nothing but give us a lot of exposure and meet a load of cool people.
Martin H: There’s good and bad points of the Internet. I agree with what’s been said above because it does let unsigned bands get really big exposure, like us. People want things for absolutely nothing that’s why so many band and artists disagree with the availability to download stuff as they’re losing money. I may seem like a hypocrite (is that right?) but I love all the exposure we are getting.
Scott: At the moment as its doing us nothing but good!!! But if we make will I want us to lose money? It’s our career, you know? We have no money to lose anyway.

Do you like socks? How many pairs do you own?

Scott: Socks...fucking hundreds...erm...there’s this guy from round here who gets called Trevor the sock. But that’s another story…
Hudson: I don't own many pairs. The ones I do wear have holes in. I gave a pair of my socks to a desperate fan in Lincoln last week.
Scott: I wish this was a lie...but the guy actually asked for one of mine and for me to wipe the sweat onto it off me head...ha ha ha… Jesus man they have no socks in Lincoln…

Interested?? Then pop along and see Laconia at the following dates….