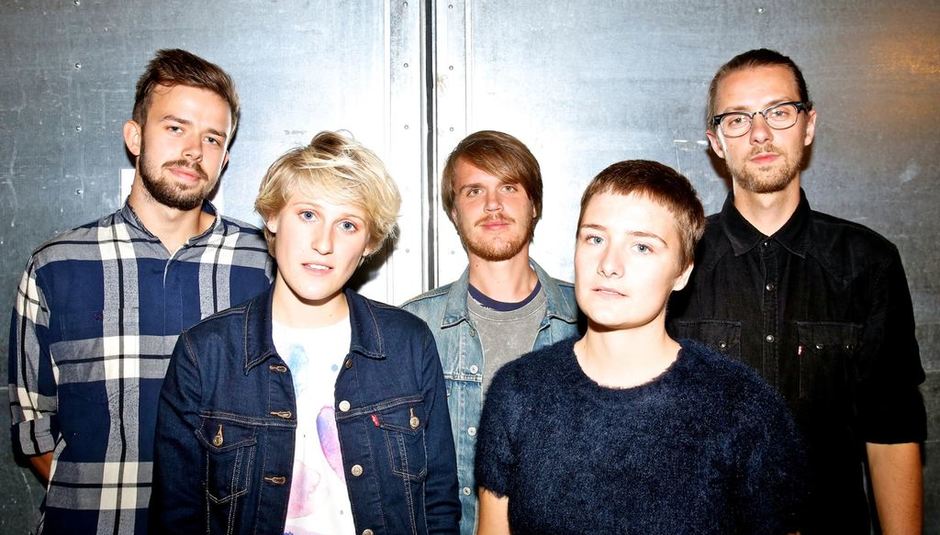 On Wednesday, Drowned In Sound heads over to the city of Groningen for Eurosonic Noorderslag, our first festival outing of 2016. Hailed as the Netherlands equivalent of South By Southwest or The Great Escape. Eurosonic Noorderslag attracts nearly 4000 delegates over its four days (Wednesday 13th - Saturday 16th January) where approximately 300 artists will perform across numerous venues in the city. By day, over 150 conferences, panels, workshops and guest speakers will host meetings on the latest developments in the international music industry and its key stakeholders. There's also a range of awards ceremonies taking place over the course of the event including the European Festival Awards.

With such a wide spectrum of acts to choose from and an inevitable mountain of clashes, DiS has picked out twelve artists we're hoping to catch a glimpse of during the course of our stay.

Following in the footsteps of bands like The Wands, The Woken Trees and The Love Coffin, Vendsyssel based five-piece De Underjordiske are the latest psychedelic troupe to emerge from the backwaters of Denmark. Debut album Ind I Flammerne came out last September on the Get Your Ass To Mars label and fuses nascent psychedelia with elements of sonic nihilism. Hypnotic and visceral in equal parts, this is one show that's not be missed.

Although relatively new having been together just a couple of years, Pauw have made great strides in such a short space of time since. Based in the Twente region of the Eastern part of the Netherlands, their occasionally improvised psychedelic dream pop has drawn comparisons with the likes of Unknown Mortal Orchestra and The Flaming Lips. And not without good reason, as anyone that's heard last year's debut long player Macrocosm Microcosm will testify.

Having first stumbled across Parisian outfit Forever Pavot at last year's Great Escape in Brighton, it's no surprise they're being touted as one of the main draws here. Mixing folky melodies with cinematic overtones that occasionally delve into psychedelic passages influenced by the original acid heads of the 1960s. Their late night slot on Friday's bill couldn't be timed much better for those wishing to extend their evening somewhat.

Like it or loathe it, grime is happening and try as you might, you can't ignore it. If anything, it's taken over as the new punk rock. Adored by rebellious teenagers and despised by parents or indeed pretty much anyone over the age of thirty. Croydon MC Stormzy has emerged as the scene's figurehead, and despite technically being unsigned, still managed to score a massive hit last year with the undeniably catchy 'Shut Up'. Expect the biggest crowd of the festival and possibly the largest queue of disgruntled punters outside trying to get in.

Yet another Danish piece who've been making a name for themselves in recent months, except this time from Aarhus. Lowly recently signed to reverential independent Bella Union, putting out their first EP for the label Sink Way Into Me in October. With comparisons ranging from Abba to Mew and Tame Impala to The Sugarcubes, their self-analysis as eclectic purveyors of noise pop doesn't seem too wide of the mark.

Describing their sound as "goth sex", Stockholm teenage four-piece Dolores Haze aren't for the fainthearted. Recent single 'Touch Me' showed off their sweeter, melodic side, which is just as well when placed alongside the likes of 'The Haze' and 'Propaganda Goth Club', which take riot girl angst to the extreme. Excitable, dangerous and bristling with energy. What more could you possibly ask for?

Belgian art punks The Black Heart Rebellion sound like they should be tearing stadiums apart with their overwrought, angst driven anthems. Formed in Ghent twelve years ago, they released their third LP - the excellently titled People, When You See The Smoke, Do Not Think It Is Fields They're Burning - in the latter part of 2015 and it represents their most accomplished body of work to date. Expect nothing less than 110% if you're fortunate enough to see them here.

This London based three-piece have been building a reputation on the psych rock scene as one of the genre's most captivating live bands over the past couple of years. Staples of the psychfest circuit, this year's set at Eindhoven Psych Lab in particular was hailed as possibly the highlight of the entire weekend. Expect a concoction of mind expansion and intensity from a band whose demeanour can switch from louche to aggressive at the drop of a hi-hat.

Three parts Swedish and the other part American, this four-piece bonded over a love of Interpol which is quite apparent judging by their output to date. Nevertheless, recent single 'The Zoo' hits the ground running in spectacular fashion, recalling the likes of The Chameleons and A Place To Bury Strangers with its driving melody and brutal execution. Bearing that in mind, it's fair to say we've high hopes for the live show too.

Hailing from Pesaro in Italy, Be Forest are a three-piece that fuse angular post-punk riffs with hazy, ethereal soundscapes. Debut album Cold came out in 2011 to a host of favourable from the online blog community, and while they've not been as prolific as one might have hoped since then, second album Earthquake revealed their brooding side upon release in 2014.

So much has happened to The Jacques in such a short space of time. Having supported The Libertines at Hyde Park for their first out of town show, they spent the majority of last summer trawling the festival circuit both in the UK and Europe leaving a trail of destruction wherever they went. Indeed, Drowned In Sound last saw them on Dutch shores at the Paradiso for London Calling where they stole the show. Since then, band members have departed and this show will be the first with their new line up. No pressure then!

With a sound that's lodged somewhere between the sonic experimentalism of classic Creation Records and the malevolent snarl of early Sub Pop, South London four-piece Inheaven take pride in their influences. Nevertheless, when they're turned into something as devastating as debut single 'Regeneration' or it's luscious follow-up 'Bitter Town' one knows they're onto something special.

For more information on this year's Eurosonic Noorderslag programme including full running orders for both the convention and musical events, visit the official website.

Album Stream: Confessions of a Romanc...