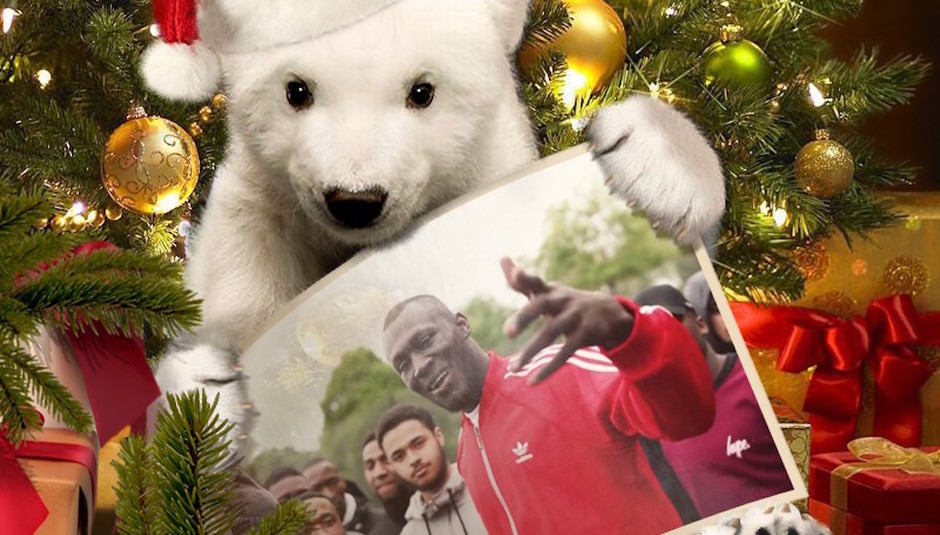 Star Wars or Stormzy for Christmas No.1...?

Star Wars or Stormzy for Christmas No.1...?

It’s the last week of work before Christmas! You can no longer remember a time when your molecular make up was not 90% alcohol and expecting you to do any actual work seems like laughable optimism on your boss’s part. You know what that means: it’s time to get arbitrarily worked up about the singles charts for the first and only time this year!

The fight for Christmas number one got real boring real quick once The X Factor warbled its way on to the scene but for the first time in bloody ages no one is really sure who’ll be number one on Christmas Day. Here are the contenders: vote with your 99p iTunes download/Spotify stream/whatever.

Well, actually. We may have played a bit fast and loose with the truth up there. Because for a while, it did seem like Christmas Number One 2015 was anyone’s game. But no one saw the New Bieber(TM) coming: he is the bookies’ favourite for Christmas number one. He’s got three singles in the top 10 as we speak. Current main single Love Yourself is number one this week and also the most popular song on iTunes and Spotify, which are about the most accurate indicators we can muster here at Drowned In Sound. JB’s got a hardcore fan base and a hot new sound that the kids, the blogs and the radio are all into. He will probably be Christmas number one.

His tune, Love Yourself, a kind of shitty break-up non-banger, was co-written by nicest guy in pop, Ed Sheeran. To be honest I’d be willing to bet Sheeran did the lion’s share of the writing on this one, possibly in the park, jamming it out on some bongos and ruining the otherwise pleasant afternoons of everyone around him. Sheeran is capable of writing huge tunes but this is his FourFiveSeconds - except it’s less good and somehow more arrogant. The line “My mama don’t like you and she likes everyone” is the best thing about it but the New Bieber(TM) still isn’t allowed to say that what he really wants you to do is go fuck yourself. I assume Bieber and Sheeran thought they were writing a knife to the heart but it’s more like a plastic spoon to the back of the leg. Which, as you know, is not a thing.

It’s not a very good song. Sorry is though, and it’s at number two. Buy that.

One Direction’s Never Forget. Rush released after One Direction’s somewhere approaching emotional farewell performance on The X Factor final, the fairly shambolic nature of the singles chart in 2015 mean that it’s in with a decent chance.

Here are some things worth noticing about History: the way they pronounce ‘me’ as ‘meyyyyyy’ sometimes is quite enjoyable. The line ‘aren’t we’ reminds me of Don’t Speak. I like the wolfwhistle near the end and the fact that they got a load of fans in to help with the gang vocals. I like that there even are gang vocals and a clapalong that actually works. During the bridge, the soon-to-be-unemployed/in rehab Louis really goes for it when he sings, ‘This is not the end, this is not the end’, which is both factually incorrect and very satisfying to listen to.

I suppose what I’m saying is that I’m not really into the song as a whole but I can appreciate that there are some bits that are not terrible. It’s a good one for getting drunk and dancing with someone you’ve been secretly in love with for ages at the Christmas party. And that’s basically all you want from a Christmas number one anyway, isn’t it?

X Factor winner: tick.
Cover of a song everyone already sort of knows but doesn’t know that well: tick.
Unaccompanied opening bit: tick.
Sort of baked in nostalgia that appeals to parents, particularly those who watch the X Factor: tick.
Choiry backing vocals: tick.
Strings: tick.
Religious bit: tick.
Schmaltz: tick.
Drops out and then comes back in again: tick.
Echoey vocal effect: tick.
Up-and-down-y singing: tick.
Christmassy bells somewhere deep in the mix to make you subliminally associate the song with festive goodtimes without restricting playback to the festive cycle: tick.
Boring as fuck: tick.
Released a week too early: tick.
Literally the most boring thing anyone has ever heard: tick.

In many ways, this is the perfect Christmas song. If your family is anything like mine you’re already singing it by 11am. You think you’re better at Charades than me? SHUT UP. Pass the potatoes please Kevin SHUT UP. Let’s watch the Queen’s Speech SHUT UP. You’re giving me the sofabed? SHUT UP. etc. Stormzy really nails the derision in the delivery, a sneering bite that most of us reserve only for our siblings and parents and surely putting our loved ones in their place is the true meaning of Christmas. Whether this gets to number one or not, we should all learn that outro and bust it out verbatim to our nans after one too many sherries.

And wouldn’t it be nice to do something nice for Stormzy, who seems like such a nice man too? I think so.

Look guys, we’ve got some serious work to do to get this to number one but I think it we all band together we can do it. It’s not as great a cover as you might hope from Master Of Underrated Pop Rae Jepsen but look at it as penance for not buying any of her actually amazing singles or album this year.

I don’t know if you know this but apparently there’s a new Star Wars film out so while everyone is busily trying to out-nerd each other on Twitter, John Williams’ re-scored version of the theme has a decent chance of climbing the charts. While not officially festive, it does have a lot of rousing horns and some very good cymbal crashes and it’d make for a more exciting end to Top of the Pops than the fucking NHS Choir that’s for sure.

The NHS Choir have somehow done the unthinkable and made Bridge Over Troubled Water even dowdier by adding some unnecessary Coldplay into the mix (they are vying pretty heavily with Justin Bieber for favourite as well, bloody hell). The Military Wives have made The Proclaimers even more annoying by singing 500 Miles as a choir. And for some reason Shakin’ Stevens has massacred his otherwise totally acceptable Christmas banger Merry Christmas Everyone by adding banjos and a harmonica.

DO NOT ENCOURAGE THEM. Donate to charity. Buy Stormzy.

The Top 9 Christmas Songs (According ...