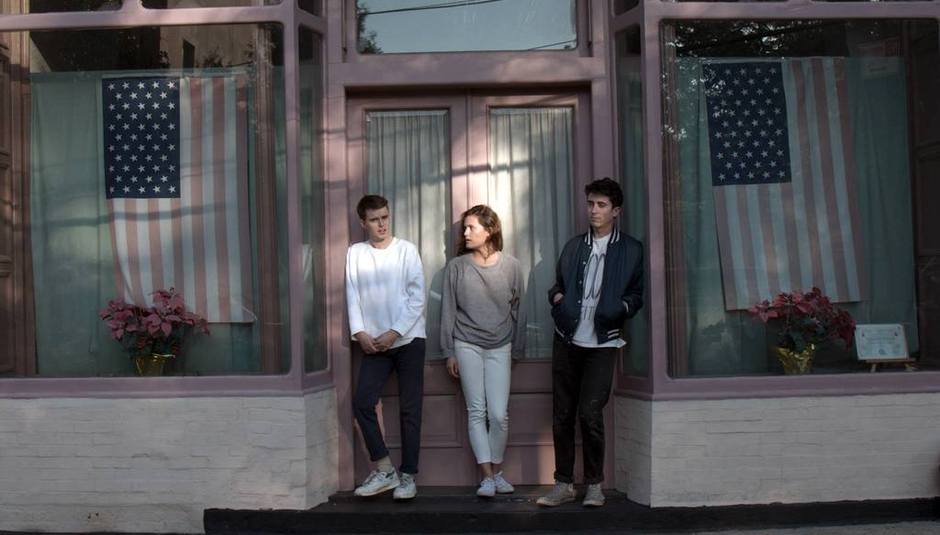 Hello. Thanks for tuning into the latest, greatest edition of DiS Does Singles. Last week I went off on one about the latest Brand New song, so today’s edition of your favourite new music column is catch up edition featuring the best tracks from the past fortnight.

That means we’ve got some fantastic singles from Health, Empress Of, Torres, Annabel and Unknown Mortal Orchestra for you to wrap your ears around. There’s also a long overdue video for Killer Mike’s ‘Ric Flair’ that is well worth watching.

As for Single of the Week? It’s Wet Wet Wet.

Wet's 'Deadwater' is a love song with a twist. Like 500 Days Of Summer or Ruby Sparks, it skewers romantic convention by spurning a neat payoff. Instead of fixating on lusty fumbles or nervous flirtations, it skips to the end of a relationship.

"Shaky, but I believe," whispers Kelly Zutrau. "When you left, you left for a reason.”

By needling in on this moment of intense vulnerability, when you're not sure who to turn to or what happens next, Wet allow themselves to play everything else by the book. The Brooklyn trio's latest single is stripped back and immediate. The kind of slow-burning ballad that could well fit on the next Ellie Goulding or Lorde record. It would be the fan favourite that everyone waves their phones around for in the acoustic bit of the arena tour.

Despite the angst-filled circumstances, Zutrau is no damsel aching to be saved. 'Deadwater' is her way of making sense of the chaos surrounding her. She's searching for certainty inbetween plaintive piano chords and aching swoops of guitar, and it all sounds wonderful.

Familiar perhaps, but there are plenty of thrills to be had in the way Wet carve tranquility from chaos.

One of the perks of writing a weekly new music is that you’re subjected to a lot of quasi-artsy videos that seem ‘powerful’ and ‘provocative’ on first viewing, but actually say nothing about anything. Kudos then to Health who have seemingly parodied this eternal trend with their own promo clip for ‘New Coke’, which features:

Congratulations to everyone involved. You nailed it.

P.S. The song itself is grade A for 'awesome'.

Empress Of was Single of the Week two years ago with ‘Hat Trick’s woozy Hollywood swoon. Then she disappeared almost entirely, surfacing only briefly from obscurity via ‘Realize You’ and its stream of glitching consciousness. Either something significant was brewing for Lorely Rodriguez or electro-pop bangers weren’t paying the bills.

Having spent the last fortnight obsessing over ‘Water Water’, I’m glad to say its the former. Rodriguez has made the jump from Double Denim to XL Recordings affiliate Terrible Records (Charlift, Solange, Blood Orange) and the results are enough to make your hips swing in appreciation. “You're just a heart to break/Easy to manipulate,” she sings with Siren-like relish. As if you’ll be able to resist.

Like listening to free jazz and flying with a hangover, losing your virginity is something that you do once and wince at the thought of for the rest of eternity. Thanks to the influence of Drake and an Illmatic-inspired backing track, J. Cole has decided to retell the story of his own first time for your entertainment. The result is a track that’s endearingly pathetic and worlds removed from hip-hop’s hyper-masculine tradition. ‘Wet Dreamz’ though? Poor grammar is not going to lend your song title any extra street cred, Jermaine.

Following on from ‘Multi-Love’, ‘Can’t Keep Checking My Phone’ sees UMO continue to refine the sound of a millennial life crisis. Beneath its propulsive sway of bass and handclaps, there’s the underlying sensation of desires unfulfilled. “I’m kinda busy, would you call back again?” pines Ruban Neilson, as he recalls a romantic communication cut short.

How will his story end? Swipe right to find out.

Another Day, Another Vitamin (Tiny Engines)

The emo ghetto is a tough one to break out of, but Annabel seem to be having a proper crack of it on ‘Another Day, Another Vitamin’ - the latest track on their forthcoming third album Having It All. Through sheer force of conviction, the Ohio outfit dial up a hotline to your heartstrings and then thrash away on them with OTT prowess. It's enough to make get up, dart off to the nearest mosh pit and douse yourself in other people's sweat.

Run The Jewels for Wrestlemania 32? The campaign starts here.

“You had us in stitches, with your George Dubya impressions/You sang of reparations with the Native Americans.”

'You have to manhandle the invisible ...