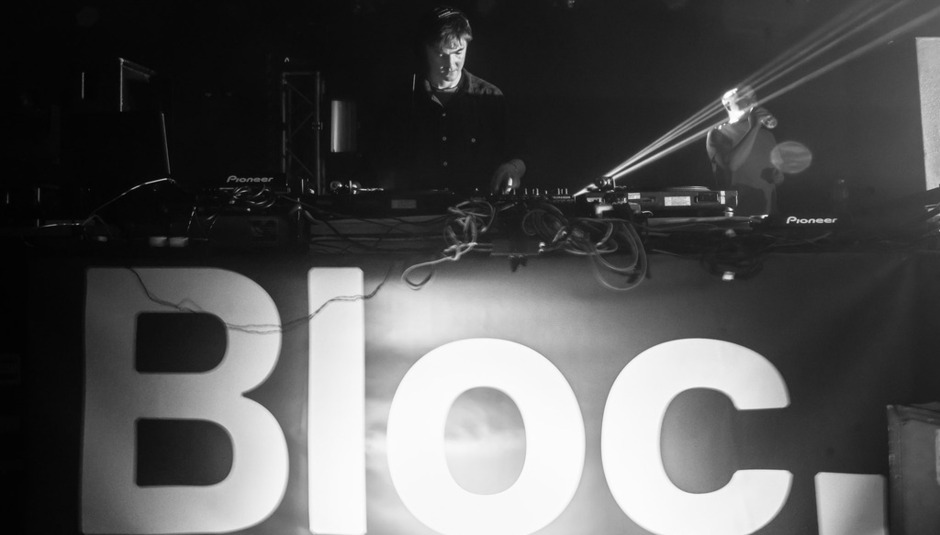 Bloc is back from the brink – but does it deserve to be? Here's the verdict.

If a music festival fucks up, they’re gonna have to work hard to win back people’s trust The fact that there’s another Bloc Festival to write about at all is pretty remarkable, all things considered. The team behind this annual weekend-long rave had been enjoying a winning streak in Minehead, picking lineups of electronic excellence which were both on-trend (without being vapid about it) and mindful of dance music’s foundation-layers (without settling for the same old festival perennials). I reviewed the 2010 edition for this website, and very good it was too.

When Butlins gave Bloc the heave-ho for reasons unconfirmed, they ended up at an Olympics-affiliated venue in London, a fortnight before the 2012 Olympics themselves began. You might have read about the results at the time; suffice to say it went about as badly as is conceivable, short of actual fatalities. Bloc said sorry a lot, laid low for a while, started putting on nights in the capital and, last autumn, announced that they were back for ’15 – in the place everyone liked. That their clientele (mostly) didn’t tell them to fuck off might be attributable to time’s healing properties. It probably had more still to do with them assembling their best bill ever, especially if you like techno. Think of Bloc 2015 as a big bunch of petrol station flowers, the heads of which resemble those of Jeff Mills, Robert Hood, Marcel Dettmann, Moodymann and so forth.

Sorry pal, this ain’t the free party in the woods you were looking for A popular right-wing canard is that nowadays, prisons are more like holiday camps. Perhaps it’s truer to say that holiday camps are more like prisons. At least, that’s the vibe disseminated by early arrivals at Bloc, who report luridly of sniffer dogs, car searches and a haul of confiscated booze large enough to fell Judy Finnigan. It seems reasonable to assume that a few draconian security measures were a condition of Bloc being allowed back here (and there are a few anecdotes which go beyond 'I broke the law in public and wasn’t allowed to get away with it'), but once things are rolling, everything’s pretty much as it ever was, provided you don’t act like a complete idiot.

How do you like your techno? Hard, ruthless and industrial? You’re pretty much gonna have to: if there’s a definitive sound of Bloc 2015, this is it. Easing into the notion early on Friday evening with Italy’s Donato Dozzy, whose efficient continental techno is pleasant enough if lacking the immersive delight of his Voices From The Lake project, it’s the Hessle Audio triumvirate of Ben UFO, Pearson Sound and Pangaea who really start beating panels. Objekt spins out his loops to crowd-needling extremes, but can devastate when the mood takes him; an all-hardware live set by Blawan and Pariah, doubling up as Karenn, puts the lissom into brutalism.

The creeping influence of industrial/noise music sets this stuff at odds somewhat with techno as she is more traditionally understood: it’s not a given that we’re here to have fun. (This is a particular feature of the Carhartt Stage on Saturday, which ropes in Dean Blunt – more on him later – Millie & Andrea, Cut Hands, Lee Gamble and Samuel Kerridge.) Speaking as someone who thinks the notion of performer-as-entertainer is riddled with antiquated tommyrot, I’m cool with that. Nevertheless, this does all serve to highlight what a breathtakingly talented DJ Robert Hood is. Kicked up to the main room after Jackmaster cancels and looking genuinely happy to be here, he is absolutely masterful in his reading of the crowd’s wishes, sculpting elegant peaks, contours and emotional layers. Jeff Mills’ ‘The Bells’ is a centrepiece of a set which leans, justifiably, on his own productions, like the two-decades-old ‘Minus’. Recourse to his gospel-influenced Floorplan alias includes his closing selection, the fasttracked-to-classic ‘Never Grow Old’, and the finest turn at Bloc hands down.

The outliers of the lineup, however, provide some of its highlights Serious-person techno often gets pegged as a sausagefest, but the Bloc crowd this year was agreeably mixed from what I could tell. Onstage, however, it’s the same old story, to the extent that the three core members of ESG comprise precisely half the women on the lineup. Down the front for their Friday night set, the dancefloor is conspicuous by female dominance, which I had to oafishly puncture: lean against the barrier at the front and it’s just about loud enough. PA gripes aside, ESG are marvellous throughout, from ‘Moody’ to ‘You Make No Sense’ to the crowd member who tells me he’s the sisterly trio’s nephew. Hi, Errol!

The only other hint of a ‘live band’ all weekend is Dean Blunt, who alternately dims the lights and blasts the strobes so you can’t see anything. This helps to render a set mainly drawn from his indie-rooted Black Metal album an assault on the senses, and the most bloodyminded turn of Bloc, although possibly quite perfunctory by his standards.

There are ‘headliners’, technically, but it’s not really the point The first two nights of Bloc programme music until ten am – no doubt catering for folks who got an early night and rose with the lark – so you can kind of choose your own peak time. What I see of Modeselektor suggests they’re thinking like headliners, and their buxom buildups and big room techno grandstanding is arresting enough, but don’t harbour revelations. Wild horses with persuasive arguments couldn’t drag me to Jon Hopkins (at least, not when he clashes with Moodymann playing terrifically fluid jazzy house and Notorious BIG’s ‘Warning’), but his set makes several of my friends really happy, and as I care more about their enjoyment than my own, I salute him. Autechre... I mean this in the nicest way, but it repeatedly amazes me that there are two thousand or so people on Earth who want to listen to this at three in the morning, let alone in the same room. Sometimes, though, you just desire a psychic blockade against the outside world, y’know?

Confetti cannons are for everyone They shower gaily on Sunday night as the final tune of Bloc – LFO and F.U.S.E.’s ‘Loop’, remixed by Richie Hawtin and played by Marcel Dettmann & Ben Klock in the main room – thunders to a close. They toast a lethal three-hour set from the German techno pair, and the presumably shattered punters who danced to it. They toast people who stayed in the second room for an evening of jungle nostalgia, or have hit the sack already. They toast, I think it’s reasonable to say, the Bloc team themselves.

Their big comeback could have been ropey, or simply never happened at all, but in fact it was more than worth getting some tiny bits of paper in your hair for. (I’ve not even talked about some of the other stone-hot highlights: Egyptian Lover, DJ Funk, JEFF MILLS for crying out loud!) It might also serve as a model of sorts for any other holiday camp-based festivals who have suffered financial meltdown and dragged their own name through the mud in recent years.