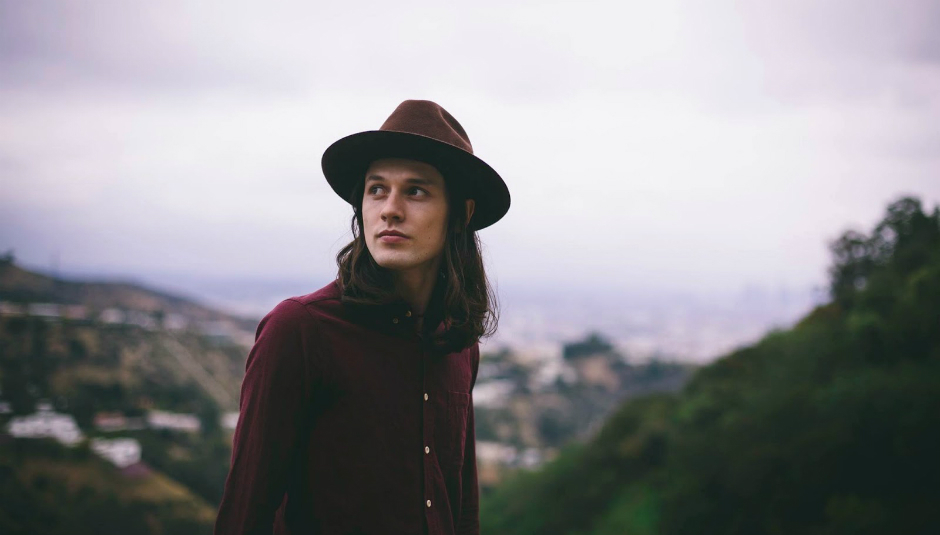 Tastemakers of the world unite! The BBC’s annual Sound Of... poll results are announced this week, and you know what that means. The chance to slag off several fledgling musicians before your mum’s even heard them.

Last year’s longlist of 15 acts introduced the likes of FKA Twigs, George Ezra and Royal Blood to the general UK public. You know, the folks who hate albums, love the X Factor and actually buy songs off iTunes. Eventually Sam Smith was crowned as its victor and went on to sell a gazillion records - much to your chagrin.

So who’s going to be the Sound Of 2015? In all likelihood: James Bay. But read on anyway for our verdict on all the contenders…

Who? A spoken word philosopher/dancefloor laureate from North-West London. Sounds like… Kate Tempest minus the drug-addled schizophrenia. Most likely to… Struggle for mass appeal, despite the major label support of Island Records. Any good? There’s freewheeling magic amidst his steady metre and measured pauses.

Who? The Brit Awards 2015 Critics’ Choice winner. Sounds like… James Morrison reincarnated with a newfound fondness for hats. Most likely to… Have a Number 1 record, whether you like it or not. Any good? So middle of the road his album will come with Highway Code markings.

Who? Ghanaian soul singer with a Number 2 smash hit in Germany. Sounds like… Gospel raptures retold with fidgety electronics. Most likely to… Be introduced in interviews as ‘the bloke off FIFA 15’s soundtrack’. Any good? ‘Walk’ has near-on 11 million YouTube views already, and all those people can’t be wrong. Can they?

Who? A Merseyside teenager with both hype and XL Recordings on her side. Sounds like… Minor key trauma sung in the same trembling vein as James Blake. Most likely to… Make an LP you’ll listen to more than once. Any good? More than the sum of her influences, you feel Låpsley’s best is still to come.

Who? The former Deputy Young Mayor for Lewisham is now a grime star. Sounds like… That scene you thought died when Dizzee went disco? It’s about to blow up again. Most likely to… Have a smash hit or float on by under the radar. We’re not sure which. Any good? Hurrah for a British hip-hop act who doesn’t spit over day-glo house music.

Who? Blackpool-born singer-songwriter and sometimes Bombay Bicycle Club collaborator. Sounds like… Ellie Goulding gone interesting, thanks to some neat synth twinkling and the production sheen of Ariel Rechtshaid [Haim, Vampire Weekend, Sky Ferreira]. Most likely to… Endure beyond the Sound Of furore and into festival season. Any good? Yes. We’re smitten.

Who? Hails from Atlanta with an acoustic guitar, wide-eyed smile and a bucketful of genre-hopping promise. Sounds like… A star. Most likely to… Be all over the Top 40 like a venereal disease. Any good? Don’t take our word for it. Give his Indigo Child mixtape a spin.

Who? Move over Brandon Flowers, Las Vegas has a new favourite son. Sounds like… A relentless spew of toe-tapping promise, writ large in neon letters. Most likely to… Reach one cut above his genius Northtown EP. Any good? Our pick of the Sound Of pack by some distance.

Who? A Hype Machine darling from Manchester who hit it big with song that was co-produced by him from Athlete. Sounds like… Jessie Ware circa 2011-12, which is a good thing. Most likely to… Garner warm reviews and mediocre chart positions. Any good? You’ve heard Shura several times before, but try not to be put off by that.

Who? A rock ‘n’ roll duo, because Honeyblood, Drenge and Royal Blood weren’t enough to be getting on with. Sound like… The last (shouty) gasp of a bandwagon running its course. Most likely to… Spend 2015 defending their ill-judged moniker. Any good? Real music for real arseholes.

Who? Singer-songwriter from Derry who kicked up a fuss at 16, signed to Warner Bros and is now on Rough Trade two years later. Sounds like… Lykke Li’s twisted lil’ sister. Most likely to… Come good the second time around. Any good? Fans of weepy guitar chords will find plenty to blub about.

Who? A MOBO Award winner and grime’s new leading light. Sounds like A melting pot of whip smart kiss-offs, “Your postcode don’t make you a gangsta/ You’re not bad, your area is”, firecracker drums and auto-tuned bravado. Most likely to… Stomp along to his own tune. Any good? You can’t help but admire his incandescent ego.

Who? A ruggedly handsome quartet that formed in the French surf town of Hossegor, maaaaaan. Sound like… OneRepublic. Most likely to… Headline V Festival. Any good? Obviously not.

Who? A London-based four-piece who’ve been around for several years, and whose frontwoman has already been on the NME’s cover. Sound like… At the moment, 90s grunge rock with added pretty bits. They’ve changed since riffing off The xx. Most likely to… Grow their cult out of the capital and into the provinces. Any good? Catch them live and you’ll succumb.

Who? A bloke who used to be in Skins formed a band. He was also in Stuart Murdoch’s quite good God Help The Girl though. Sound like… Disclosure covering Drake’s ‘Hold On, We’re Going Home’. Most likely to… Re-release all their early singles for Radio 1. Any good? 6/10

In Photos: Manic Street Preachers @ A...