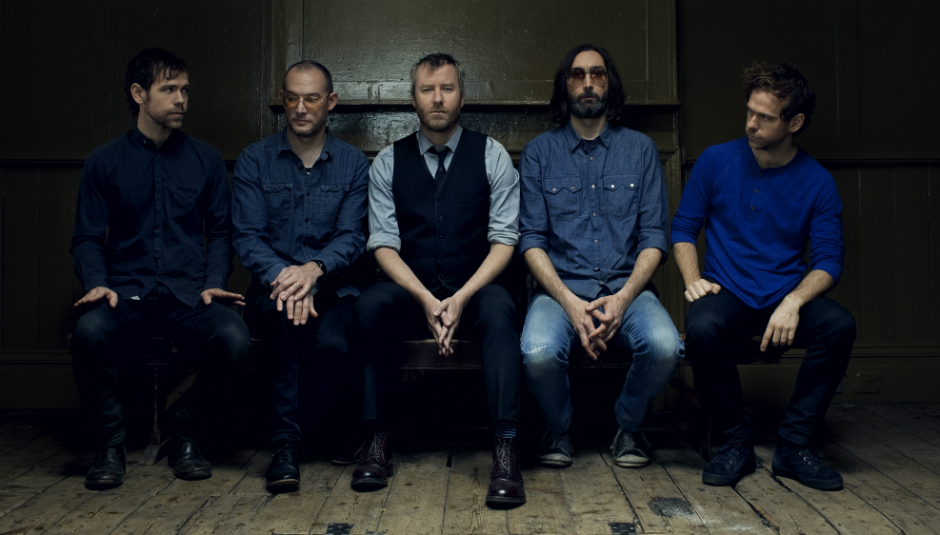 It's DiS Does Singles time again! We’ve rounded up the best tracks to be released over the past seven days and then wrote some stuff about them in the hope you won’t just click their YouTube embeds straight away.

This week we’ve got a song by Annie about Vladimir Putin’s homophobic tendencies, something by Modern Baseball that reminded us of Brand New and Klaxons’ grand comeback. Plus, there are also fresh offerings from Iggy Azalea, Cyril Hahn & Javeon, and Cheatahs.

As for Single of the Week, that goes to The National. Go on, treat yourself...

One of the most pressing questions facing the modern world is when we will reach ‘peak oil’. This is the moment after which petroleum extraction falls into terminal decline following years of rootin’-tootin’ productivity. If humanity doesn’t have some sort of back-up plan in place when this instance comes to pass, then we’re pretty much fucked.

The same thing applies to The National. Kind of…

Bear with us for a bit.

Matt Berninger and co have pedalled their downcast brand of eloquent indie-rock for 12 years now. From Alligator onwards they’ve picked up a legion of new fans every time they’ve released a new album. Having sold out two nights at the 7,300 capacity Alexandra Palace in November 2013, they can comfortably expect to fill the O2 Arena whenever they next hit the road in support of their seventh LP.

And yet, Trouble Will Find Me took longer than High Violet to achieve a Silver certification for 100,000 sales. That’s despite hitting Number 3 in the UK album charts in May 2013; the band’s best placement to date. People want still want to see these Brooklyn miserablists live, but they’ve lost a bit of fervour for buying their albums.

‘I Need My Girl’ makes a pretty good case for the affirmative. Like most of Trouble…’s best songs, it draws on several former glories to create a fresh offering of genuine magnificence. The beleaguered Brando-like archetype of ‘City Middle’, ‘About Today’s whispish string-picking and a female source of comfort (‘Ada’?) all come wrapped together in what’s essentially a self-penned pastiche. Even the single’s B-side, a cover of Perfume Genius’ ‘Learning’, takes several cues from 2011’s piano-lead double A-side single, ‘Think You Can Wait’/’Exile Vilify’.

If ‘I Need My Girl’ is an apt bookend for what The National have achieved so far, then there’s plenty more untapped ambition to be fulfilled. Bryce Dessner’s classical amblings have yet to truly filter into the band, while his brother Aaron hasn't quite caressed the best out of his own outfit as he did with Local Natives and Sharon Van Etten. Both High Violet and Trouble... feel like a comfortable extension of where the five-piece were already heading.

If anything The National have become too good at being themselves. To confound us next time around, they could do worse than take Michael Stipe’s advice to heart.

"Why don't you guys just write a pop song? What are you afraid of? Don't be embarrassed."

It took R.E.M. seven albums to pick up a mandolin and pen ‘Losing My Religion’. Coincidence? We're about to find out.

They played a gig this weekend. Watch all of it on YouTube here:

After last year’s stonking A & R EP, Annie and Richard X have reunited for the 2014 Winter Olympics in Sochi, Russia. Instead of forming a two-person bobsled team, the electro-pop duo have written a protest song against Russia’s anti-gay laws.

‘Russian Kiss’ won’t go down as a classic of the genre, but its deep house throb and orgasmic moans make an unmistakable point. You should be suck the face off whoever you please, no matter where you happen to live in the world. Vice’s Young and Gay in Putin’s Russia shows what happens when this fundamental right is denied to normal kids like you and I.

Valentine’s Day: an annual reminder that your New Year’s resolutions have gone to shit and you’ll probably die alone. Unless you get super-drunk and do something stupid.

Brendan Lukens might not rival Mr Darcy for romantic gestures but everyone loves a tryer. On ‘Rock Bottom’, Modern Baseball’s frontman recalls his greatest amorous triumph while erratic shifts in time-signature show just how close he came to ballsing it up. Without the doo-wop gusto and whip smart punchlines, this celebratory tale of self-loathing might have come unstuck. As it is, we’re fully on board with this Philadelphia four-piece’s “whatever forever” philosophy.

There Is No Other Time (Polydor Records)

Hooray! Klaxons have remembered they were never art-rock messiahs, but a pop band with particularly bad haircuts. In that spirit, ‘There Is No Other Time’ sees Keira Knightley’s boo and the other two get back to synth driven basics with a track that’s equal parts fun and forgettable. We’ll take whimsical harmonies over intergalactic prog bollocks every day of the week.

No one seems to know what to do with Iggy Azalea, not least Iggy Azalea herself. Following on from tepid Top 40 success of ‘Work’, ‘Bounce’ and ‘Change Your Life’ - none of which charted higher than Number 10 - ‘Fancy’ is a classic brag track to appeal to the hip-hop faithful. With Charlie XCX on hand to supply a bratty vocal hook, “realness” is professed and “haters” are put in their place. It won’t set the charts alight, but that’s not the be-all and end-all, right?

There’s more to PMR Records than Disclosure and Jessie Ware. Dornik has already scooped Single of the Week for the blissed out ‘Something About You’, and now Cyril Hahn and Javeon have collaborated to create their best track yet. A lithe dancefloor filler that oozes with unrequited tension, it’ll have your foot thudding against the floor in approving unison. Worthy of what's come before, for sure.

What ever you do before listening to 'Get Tight', don't read this Adam Curtis interview. On ‘Get Tight’, Nathan Hewitt and James Wignall have faithfully resurrected Dinosaur Jr.'s disinterested scuzzerested scuzz without so much as attempting to embellish it. To be fair, Yuck tried to do exactly the same thing last year and made a complete arse of it.

It would be hilarious if these people weren’t running the place.

In Photos: Polica @ The Ritz, Manchester