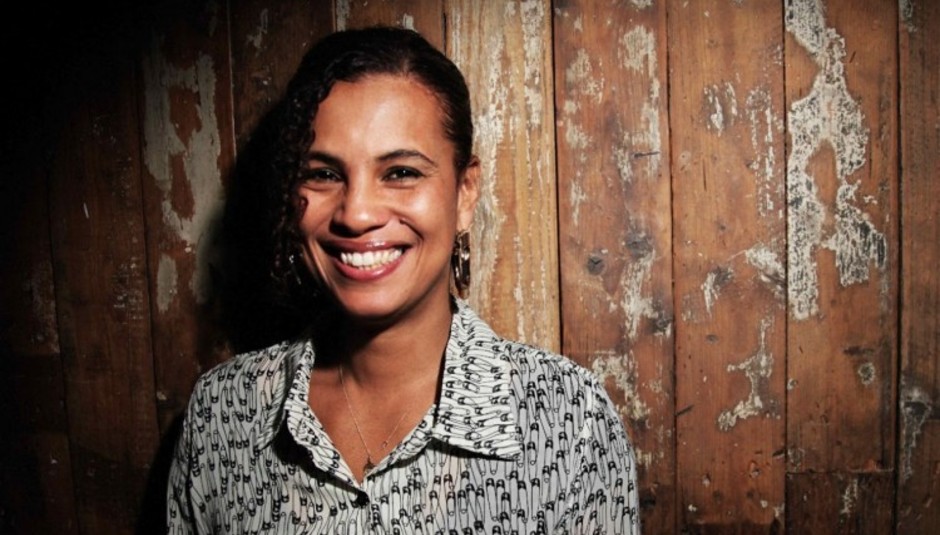 In the yawning absence of Rob Leedham, this week’s singles column is c/o Jazz Monroe.

This week’s column features a profusion of fierce rappers and riffers, all who would like to inform you - yes, you - that whatever it is, they are having none. This being Drowned in Sound, you can also expect music from a lovely band called Milk & Biscuits, plus the wild story of a DIY label sprung from two clever Welshmen’s triumphant fro-yo venture.

And yet, crucially, while under-paid, -fed and -rested Cherry remains unruffled - or at least determined to appear so. “Good things come to those who wait”, she insists in the chorus, softly adding, “they say”. The ambiguity is moot, for even in weakness she sounds playful, cool, reassured; her redemption is in her delivery.

The song, like all of Cherry’s Blank Project LP, is expertly produced by Keiran Hebden, aka Four Tet. Hebden recently rattled the blogosphere by producing an impressively awful song in only ten minutes, but ‘Everything’ takes its time to swarm your synapses. It’s sparsely industrial, a concrete jungle stripped and deforested. The maverick pairing has a novel effect: Cherry’s vocal, fiercely assertive, bisects and transfigures Hebden’s dysphoria; soon shaking off its technological dread, the song concludes feeling weirdly optimistic. In complex times, it’s a fine example of bullshit-free generational empowerment. She’s quite good at that, you know.

Like, ah, 96 percent of excellent music, ‘Driver’ does nothing new and does it extremely fucking well. That said, Perfect Pussy do represent one glittering first for Captured Tracks, namely that the Brooklyn label has finally signed a band to inspire some wilder act than falling asleep on a beanbag. Indeed if the Syracuse punks are, as seems inevitable, to be responsible for invigorating and radicalising our (moderately) alternative youth, then all the better. Singer Meredith Graves possesses such coiled menace that lyrics like “I have a history of surrender” sound less like admissions of vulnerability than crushingly violent taunts.

‘Hairstyles’ spearheads Milk & Biscuits Tape, the first release from Lick Music. Which is notable, because when it’s not hosting music events, Lick is busy being a frozen yogurt company. As the story goes, founders Owain Williams and Ky Wright started the venture as teenagers manning a fro-yo trike, and slowly approached their 2012 summit: closing Lick’s acclaimed yoghurt store in Brighton to delegate sales to such wholesome big-leaguers as Sainsbury’s, Wholefoods et al. With the managerial expertise of ex-FatCat A&R Tom Lavis, they made the obvious next-step and, er, founded a record label.

‘Hairstyles’, then, is a refreshing peach, its dappled, B&S vocals and pedalling-along rhythm pleasantly evoking the kind of admirable souls who knit their own underwear and refuse to replace hole-ridden socks, recycling precisely and furiously, and their EP is a genuinely spiriting affair. Bravo, Milk & Biscuits.

Call-and-response rap verses, a video taking nobody’s shit and flared beats reclaiming US dance’s Latin influence - Pearls Negras, then: equipped to tyrannise yogurt-sponsored indie lovers everywhere. While I’m unconvinced these are the feminist heirs to Dilma Rousseff that our press wants you to believe (for one thing, the song’s lyrics fawn over a really ace boy), look closer and there’s disarming pop nous to be found, not least in moderately profound lines like “love is born of nothing / and dies of everything”.

Aside from their sculpted features, empty-cathedral snares and precocious talent for blending sounds at once innovative and mundane, there’s nothing obviously promising about this Liverpool quartet. But promise ‘Radiant Hex’ does, all bound and rewound in mystical textures that many bands would spend (and bankrupt) entire careers exploiting. There’s scant substance to grab onto, but when plummeting is this lovely, who’s griping?

When Department M progenitor Grammatics split in 2010, citing diminishing income in unruly times, it seemed to herald a dimming of that new-pop torch that way outshone its math-rock ancestry. Fortunately, it wasn’t so. While Everything Everything transplanted humour and social conscience, Grammatics singer Owen Brinley nurtured new project Department M, who last year released the self-titled mini-album that now spawns ‘Miscellany’. Punctuated by martial drum breaks, the song glides flatly over outer-metropolitan hinterlands, looming and curious, something about it suggesting enormous distrust of staplers and paperwork. Dim the lights and let it blossom.

Cities Aviv - ‘Don’t Ever Look Back’ (Young One)

A reprieve from his boisterous sample-carnivals, ‘Don’t Ever Look Back’ covers new ground for blog-approved rapper Gavin Mays, aficionado of Joy Division and At the Drive-In, alongside Company Flow. Fluid yet hesitant, the song flows like a glitching waterfall, before Mays’ elephantine wail complicates the vibe. No surprise that King Krule’s flying the Cities flag.

‘Falling from the Sky’ (Transgressive North)

It’d be remiss to lament the week’s rock-bottom single (Tokyo Police Club, natch) when there dwell in our midst contenders whose commitment to dampening whatever flame of injustice rages inside will forever humble this trickling Western guilt of mine. ‘Falling from the Sky’, then, not only follows the jubilant tradition of songs that loosely resemble Broken Social Scene, but it features vocals from an Indian youth shelter’s makeshift choir sponsored by Scottish Love in Action, to which you too may contribute, here.

Also Out This Week

If you were satisfied with your service, feel welcome to follow the author on Twitter. Please be apprised that he is mildly allergic to people who’d consider naming their child ‘Stryder’.

“I wish I could write songs that are ...