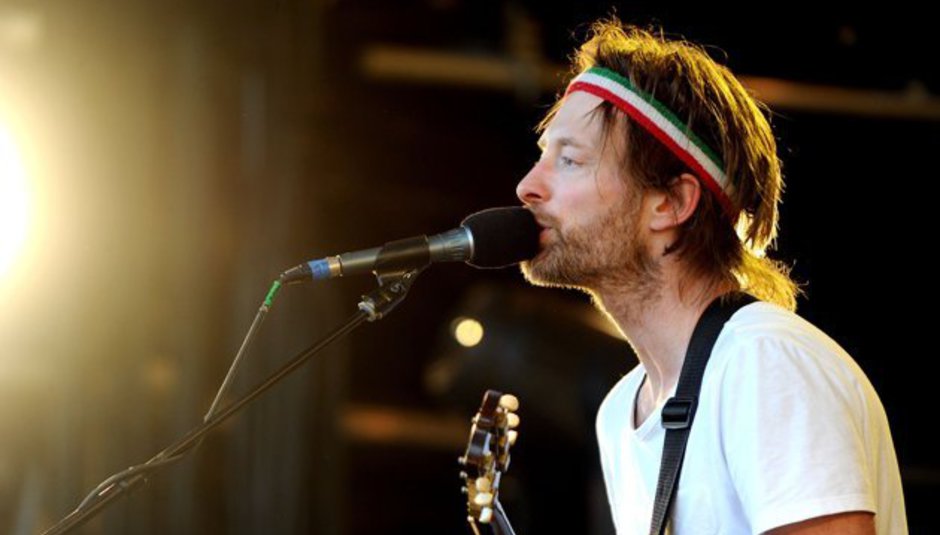 It's Friday, it's hot. Here's Flash from the excellent, euphoric rock club-night Ultimate Power's controversial list of the 10 greatest indie power ballads... some of which you might hear at their upcoming nights in Bristol, Brighton, Manchester, Cardiff and their monthly club in London. Full list of dates up on: ultimatepowerclub.com

10) Stop Crying Your Heart Out by Oasis

When you think of the Power Ballad a whole plethora of artists come to mind. One band that does not are the Mancunian Beatles pretenders, Oasis. However, in 2003 Noel Gallagher gave the medium a bloody good shot. The second single from Heathen Chemistry, 'Stop Crying Your Heart Out' received mixed opinions on release. Some thought it was a return to form. Others thought it was a pile of sentimental bobbins from the cigarettes and alcohol consuming rock and roll stars. Either way it is a Power Ballad through and through.

Our next contender goes to show what a well placed music sync can do for a career. Snow Patrol's 2003's Final Straw album dramatically changed the fortunes of this Northern Irish/Scottish outfit with its chart busting single Run as it made them a UK and Europe household name. However it was Eye's Open and most importantly second single 'Chasing Cars' that propelled them to international super stardom. The track was used on the second season finale of Grey's Anatomy and with millions watching, the song became a download smash and went on to be nominated for Best Single at the 2006 Grammys. The video features singer Gary Lightbody lying down in front of traffic, on a mountain and at the top of a subway escalator. I'd like to see the fucker trying that at Oxford Circus in rush hour.

8) Disarm by The Smashing Pumpkins

A tricky Smassa Passa choice this one. My head is telling me 'Today', but my heart is telling me 'Disarm'. A classic Power Ballad isn't a jaunty little number with an upbeat motif as on 'Today'. With Lyrics like "Cut that Little Child," and "The killer in me is the killer in you" 'Disarm' was banned on US and UK radio as it was thought the subject matter was abortion. However, it was actually about Billy whining that his parents didn't understand him when he was growing up. No surprises there then.

7) Everybody Hurts by REM

The song that is No. 1 on the PRS for Music list of songs which make real men cry. Yup, old Stipey and the boys know how to write a tear jerker. Guitarist Peter Buck went on record as saying that "the reason the lyrics are so atypically straightforward is because it was aimed at teenagers, I've never watched Buffy the Vampire Slayer, but the idea that high school is a portal to hell seems pretty realistic to me". Cue a million teenagers screaming at their parents and refusing to clean their rooms, and Billy Corgan.....possibly.

6) The Scientist by Coldplay

No strangers to the ballad are Coldplay. In fact they have essentially built a career on them. Yellow, Trouble, Fix You the list goes on and on. On original release in 2002, (2003 for the US) The Scientist plunged Coldplay deeper into the hearts of edgy real estate agents everywhere. The accompanying music video plays out a narrative in reverse and had Chris Martin learning the lyrics to the song backwards. In the liner notes for A Rush Of Blood to The Head the band explain that the Scientist is Dan, as in Dan Keeling, the bands then A&R at Parlophone Records. This is the first case of any band telling their A&Rs that the don't know how lovely they are. And more than likely the last.

The first thing I'll say about Soundgarden's 1994 hit is the video still scares the shit of me. Seriously, I had to re-watch it while writing this piece and its eerie!! So anyway, Black Hole Sun wasn't supposed to be a hit. Front man Chris Cornell has said in the past that while he was writing the song he thought the band were going to hate it. The Irony is of course it became their biggest hit.

4) Many of Horror by Biffy Clyro

A contentious choice this one. 2010 saw the start of Cardle Gate. Yup, In Simon Cowell's infinite wisdom he thought the X - Factor winners song needed a bit of indie-ing up that year. Cue cries of sellout up and down the country from the Biffy diehards. Unbeknownst to Cowell his song selection could have reignited the Townies verses Moshers wars of yore. However, the original still stands out as one of the most recent works of Power Balladry from planet alternative. A beautiful song about a bloke getting beaten up by his girlfriend.

Interestingly enough, Pearl Jam's 1st and most well known single started life in Stone Gossard and Jeff Ament's previous band Mother Love Bone. Rumors are that there's even a version of MLB's vocalist Andrew Wood singing it before he died of a heroin overdose (spooky). Anyhoo, a tape did the rounds in the hope of finding a new singer for Gossard and Ament's new band. This tape found itself in the grubby mitts of one Edward Louis Severson III. A gas station attendant from San Diego. The story goes that he wrote lyrics, recorded them and then posted the track back before he went for a surf. A month later he's changed his surname to Vedder and is the vocalist for a band called Pearl Jam. The rest, as they say, is history.

2) Wake Me Up When September Ends by Green Day

Taken from the world conquering American Idiot album, Vocalist Billy Joe Armstrong wrote the song about his father who died of cancer when he was 10. At the funeral Billy ran home and locked himself in his room. When his mother pleaded for him to come out, replied 'Wake Me Up, when September Ends'. Interestingly enough the music video is about Billy Elliot going to war in Iraq.

Number 1 with a Bullet. A song about a drunk fella stalking the girl of his dreams is not the usual subject matter of world wide hits but when the song was released in 1993 it caught the hearts and minds of every freak, geek and ne'er do well across the planet. It also caught the attention of Albert Hammond and Mike Hazlewood who wrote The Hollies 1973 hit 'The Air that I Breathe'. They successful sued the band for Plagiarism due to the Chord progression and the vocal melody in the Middle 8 hence why they are credited as co writers on it. Naughty Radiohead.