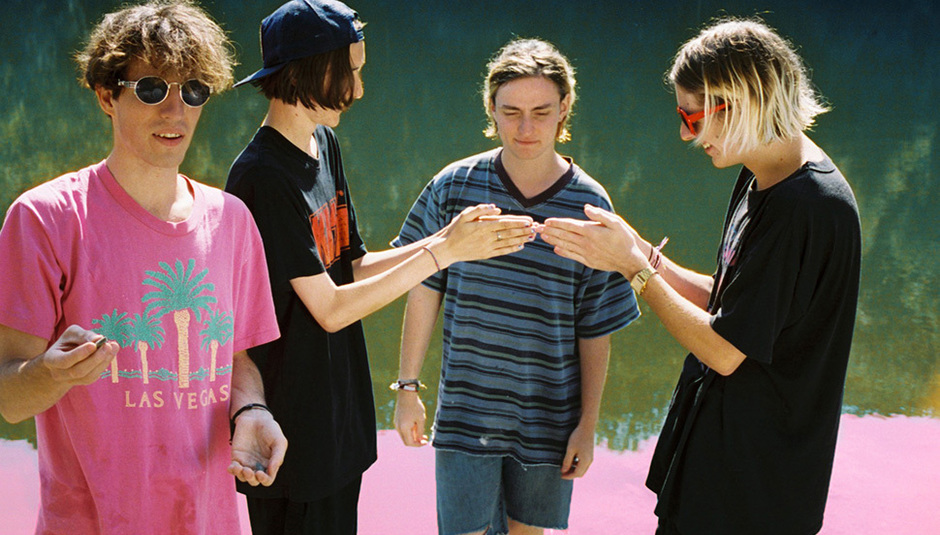 DiS Does Singles 13.05.13: Swim Deep, These New Puritans, The National

DiS Does Singles 13.05.13: Swim Deep, These New Puritans, The National

Hello there. Glad to have you onboard the good ship DiS Does Singles. You join us for a splendid week of tracks, songs, ditties and whatever else you care to call a joyous snippet of recorded sound.

Featured in the top spot of this here column are yet another Brummie band. Not Peace, Jaws or UB40 but this time Swim Deep and their latest magnus 'She Changes The Weather'. There's also new stuff to listen to from These New Puritans, The National, The Love Language and several more top notch acts.

Go on, treat yourself. It's a Monday.

Thirty years ago today The Smiths released ‘Hand In Glove’ on Rough Trade; it was their first ever single. Morrissey, Marr, the drummer who sued them and the bassist who settled, went on to write several epoch-defining albums together. Nevertheless, the proudly verbose and eternally jangling Mancunians were bonded to seven-inch slabs of vinyl in way few bands have been since.

This makes Swim Deep an analogue curiosity in an age of digital transience. ‘She Changes The Weather’ is the fourth single they’ve released since forming in 2011 and a fifth is surely due before their debut album Where The Heaven Are We drops in July. What’s more remarkable still is that from the swaggering fuzz of ‘King City’ to the organ-fuelled serenity of ‘The Sea’, all their songs have been markedly distinct from each other.

‘She Changes The Weather’ is the best of a sublime bunch. Eschewing its creators’ usual appetite for big hooks and pithy lyrics, it sees the Birmingham-based four-piece ride a soaring shoegaze haze beyond the realm of grey clouds and light drizzle to somewhere altogether more ethereal. Here young love is eternal and butterflies in your stomach rumble through your bones before erupting in a tender show of knowing affection.

To watch a band blossom from snotty upstarts to full blown romantics is a rare occurrence in itself. For their songs to get better and better along the way recalls an era when radio presenters dictated the contents of your record collection and B-sides were worth bothering with. Maybe there’s more than serendipity to that Smiths anniversary after all.

Ignoring The Knife’s euphoric doom-synth hoedown at the Roundhouse this week, my general appetite for arty bollocks can be described as ‘tenuous as best’. That’s why These New Puritan’s Hidden was such rare treat; it had taiko drums and tunes you could hum along to. Impersonating the bassoon on ‘Three Thousand’ was initially difficult but eminently doable with enough persistence.

‘Fragment Two’ is the first song from TNP’s forthcoming Field Of Reeds and it finds Jack Barnett slouched over a piano with only a string section and a horn ensemble to prop him up. It’s a world away from the percussive bombast of ‘We Want War’ but Barnett’s ear for a melodic refrain guides him safely through the murky waters of obnoxious pretense. Challenging your audience is easy; engaging them is a different matter altogether. ‘Fragment Two’ does both with dazzling panache.

There’s a bit in the middle of ‘Sea Of Love’s video where Matt Berninger keeps slapping his fists together and then stretches his neck out, as though he’s trying to tickle the moon with his chin. If you’ve seen The National live enough, you’ll know this behaviour is usually reserved for the likes of ‘Mr November’ and ‘Lit Up’ i.e. the most National songs in human existence.

While ‘Sea Of Love’ is a graceful repetition of these former glories, it’s brimming with enough celebratory angst to whip you up into a brand new rapture of middle class misery. “What did Harvard teach you?”

You have to admire a band who listen to early U2 and think, ‘This hasn’t been done for while, let’s have a crack at it.’ Mind you, this is the kind of madness you expect from a band whose frontman once created a festive cover of Yazoo in collaboration with Andy Burrows of Razorlight notoriety.

So if you want to get in a tizz about what ‘Ton Of Love’ sounds like, then that’s a completely valid waste of your time. Alternatively, you could bask in the strange magnificence of Tom Smith’s mutton chops and shimmy along to song that’s lavished with so much echo pedal, it could almost be a broadcast from 1980 that’s only just emerged from the space-time continuum. That or an Echo And The Bunnymen cover of ‘I Will Follow’.

Ignoring Miguel’s magnetic attraction to the f-bomb, ‘#Beautiful’ is a sweet little ditty about gooey-eyed infatuation. Its major key guitar line screams summer love and even Mariah’s obligatory vocal acrobatics don’t distract from a heartwarming escapade with occasionally pervy undertones. Shame then its video bloats up this sex factor to the point where Mrs. Carey’s arse is the star of the show and her counterpart’s Cheshire Cat smile plays a lamentably leering understudy.

The Love Language - Calm Down (Merge)

Well look who we have here! It’s your friend and mine, verse-chorus-verse-chorus-racuous-fade-out and he’s back with a cracker in the form of The Love Language’s ‘Calm Down’. There’s no posh production gloss here, just booming indie-rock that’s destined to whip up a heaving mass of sweaty bodies in some godforsaken dive bar on the edge of town. Glorious.

Oliver Wilde is a chap from Bristol with a sunken, sighing voice and a taste for gently-looped string samples. If Kurt Vile decided to form a Doves tribute band he’d end up writing something quite similar to ‘Flutter’. I haven’t the foggiest what the track is about but getting lost in its unending fuzz is an absolute pleasure.

British rapper in dance-pop bore. Stop me if you’ve heard this one before.

In Photos: Live At Leeds Festival 2013