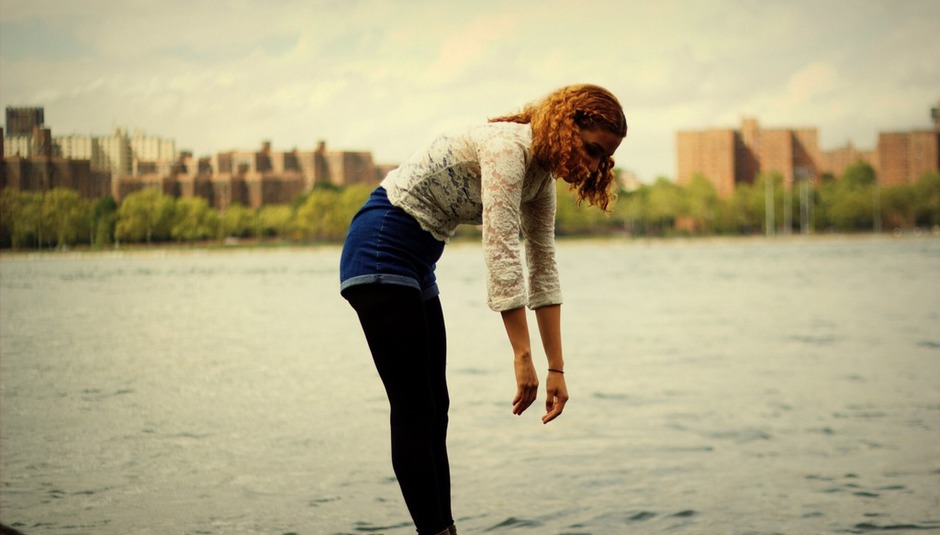 Ahoy there! It's that time of week again when we distil the greatest hits of everyone-with-a-record-out-this-week into a column of singular brilliance. Included in this smorgasbord of tunage are a resolutely ridiculous emo-pop outfit, a trio of sisters from LA and singer-songwriter from New York.

The Strokes are also from New York; their new single sounds like they can't bothered any more. The feeling is mutual.

When I listen to Empress Of, I hear Grace Kelly, Kim Novak and Joan Fontaine. A time when women wore evening gowns, men wore moustaches and everyone fell recklessly in love at the bat of an eyelash. It's a world Lana Del Rey would like to live in, if she ever manages to escape the horse's head that's stuck at the foot of her queen-sized bed.

In this imaginary state populated by hopeless romantics, 'Hat Trick' is the national anthem. A song to soundtrack the endless tide of mascara that's rolling down a tribe of tearful faces. 'As Time Goes By' is old hat; this is what Sam plays again and again to prop up forlorn bourbon-drinkers from all corners of the country.

Toro y Moi and Washed Out almost got here first: they had the woozy synths and echo-laced vocals but wanted to make you throw shapes in the vain hope of catching someone's eye. Empress Of cuts to the moment you're lost in a pair of ocean blue pupils. Intense and a little bit scary, you'll be powerless to resist.

Mount Kimbie - Made To Stray (Warp)

On Easter Sunday, Jesus died for your sins. Last Monday, Mount Kimbie gave away the lead single from their forthcoming album as a free download. Admittedly, most post-dubstep groups would struggle to live up to Christ's generosity but 'Made To Stray' is a phenomenal effort.

Everything loops in an unstoppable forward momentum with new layers of kick drum, synth and thick, gloopy crooning all being pieced into the structure without pause for breath. The effect is like witnessing a Lego master transform a Boeing 747 into the Houses of Parliament before smashing it into pieces and building a life-sized replica of Godzilla instead; technically masterful and a joy to behold.

The general appeal of Iggy Azalea is this: she sounds like a space age Missy Elliot and says cuss words with real venom. 'Work' is the successor to 'Pu$$y' and 'Murda Bizness', both of which went viral thanks to their ability to redefine new levels of crass for the rap game. Quite an achievement, I'm sure you'll agree.

Considering Nicki Minaj has already cornered the music video niche where female rappers get their kit off for no discernible reason, 'Work's promo clip is hugely depressing. Especially the bit where Iggy steals a set of car keys to justify 30 seconds of gratuitous lap dancing. I suppose you could argue the Australian hip-hop auteur has embraced close-up ass shots to the point where they no longer have any meaning. You'd have to be smarter than me to convince anyone though.

Fall Out Boy - The Phoenix (Island)

Most bands would call it quits after writing a chorus this amazing/appalling. Fall Out Boy returned from a grave of their own making so they could continue to create such deliriously absurd statements. All other bands: hang your heads in shame.

Few sentences can inspire dread more effectively than, 'indie band team up with rapper for comeback single'. It's not that the two genres never mix, more that The Maccabees still haven't earned redemption for their Roots Manuva collaboration. Any fears that When Saints Go Machine have set themselves up for such a catastrophe are swiftly allayed when listening to 'Love and Respect'.

Its slinking, percussion-driven vibe could sit comfortably on a Drake record; one where he gets a bit torn about the vacuous nature of his lifestyle before continuing to indulge in it anyway. Killer Mike also does a sweet job of adding some southern fried bite to a song that's soaked in menace and the bitter perfume of knife crime. An unexpected pleasure that's perfectly matched with a grim video containing various unpleasantries.

After 'Forever' and 'Don't Save Me', I really wanted to love 'Falling'. As it is, I only know 50% of its lyrics off by heart, bought it from iTunes instead of pre-ordering the 10-inch vinyl and generally can't get over the triple rhyming woe of fire/higher, tough/rough and falling/calling. This fan angst is slightly abated by the track's soothing blanket of radio-friendly harmonies and a genuine belief that what comes next will better than 'above average'. If not, I will be devastated.

'Hmm. This band remind me of the genius Swim Deep,' I thought to myself after listening to the louch lo-fi swagger of Jaws. As it turned out, this was because they're spawn of the same Birmingham cabal that both Peace and Swim Deep belong to.

Slowly drawled syllables and dreamy guitar lines seem to be very much in vogue in Brum-town at the moment. It's almost as though the city was a 'Gold Soundz'-free zone until 2010 when Pavement reformed. That said, Stephen Malkmus is the slacker rock messiah and a one way ticket to infinity with 'Friend Like You' sounds something like heaven.

The Strokes - All The Time (Rough Trade)

I can still remember the first time I heard The Strokes. Someone at school had given me a CD-R of Is This It? casually remarking that it was 'better than Up The Bracket.' Despite this near-blasphemous claim, I returned home, shoved the handwritten disc into my Oxfam-bought hi-fi system and stared at the bedroom wall for 36 minutes transfixed by the sound of sheer cool.

This is a happy memory, which makes me glad 'All The Time' is so forgettable; I can pretend it doesn't exist.